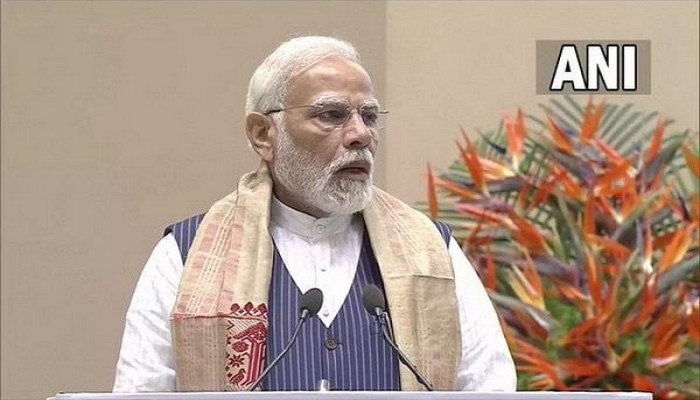 Prime Minister Narendra Modi said on Friday that India is leaving behind the colonial mindset and is filled with a sense of pride for its heritage.

He further said that Assam’s history is a matter of great pride in India’s journey.

“We believe in uniting the various thoughts, beliefs and cultures of India,” said PM Modi.

"Today, India has broken the shackles of colonialism and is moving forward, celebrating our heritage and remembering our heroes with pride”, said the Prime Minister.

"Leaving behind the colonial mindset, the nation is filled with a sense of pride in our heritage. Today, India isn’t only celebrating its cultural diversity but also proudly remembering historical heroes of its culture,” he said at the 400th birth anniversary celebration of Lachit Barphukan.

“Great personalities like Lachit Barphukan, and immortal offsprings of Bharat Maa are our constant inspirations for the fulfilment of the resolutions of this Amrit Kaal,” he said.

He said that Lachit Borphukan’s life inspires us to live the mantra of ‘Nation First.’

“The new India is moving forward with the mantra of ‘Nation First’. When a nation knows about its heritage, it can create a path for its future. Veer Lachit Barphukan’s life gives us inspiration and direction, to always give priority to our great nation’s welfare,” he said.

The Prime Minister said that each and every youth of India is a warrior when it comes to saving their cultural heritage from any external forces.

Born on 24th November 1622 in Charaideo, Lachit Barphukan was known for his extraordinary military intelligence in defeating the Mughals, thereby halting the expanding ambitions of Aurangzeb in the Battle of Saraighat.

On November 24, each year, Lachit Diwas is celebrated state-wide in Assam to commemorate the heroism of Lachit Borphukan and the victory of the Assamese army at the Battle of Saraighat.

A flagship event was organized by the Centre at Vigyan Bhawan in New Delhi to showcase the life of one of the greatest warriors of eastern India and celebrate his achievements outside his home state to pay nationwide tribute on the leader’s 400 birth anniversary.