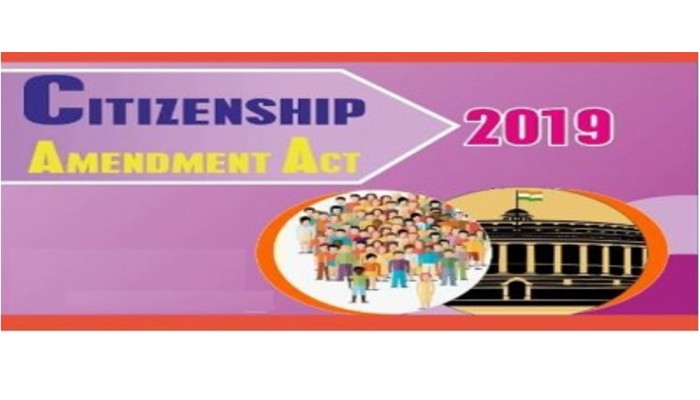 There has been a lot of furor in India after the passing of the Citizen Amendment Act last month. This is the 6th time the Indian Citizen Act has been amended and the first time that it makes it easier for anyone to become an Indian citizen.  The act provided an accelerated path to Indian citizenship for Hindu, Sikh, Buddhist, Jain, Parsi and Christian refugees from Pakistan, Bangladesh and Afghanistan that arrived in India prior to 2015 and were fleeing to India to avoid religious persecution.  Other refugees in India can continue to use the existing means to become citizens of India.

The Indian public has been polarized by the passage of this act despite it being initially proposed in 2016, at which time it was passed by the Lok Sabha and the fact that this act follows the amendments to the Passport and Foreigners acts in which these refugees were granted long-term visas.

There have been riots in several cities within India held against this act as well as peaceful marches in support of it.  The protestors argue that it is insufficient to limit it to the six religious minorities and should have included religious sects which are also persecuted in their home countries such as the Muslim Ahmadiyyas who are persecuted in Pakistan despite Pakistan being a Muslim country.  The supporters of the act argue that it provides relief to these refugee communities as they have been in India for many years, are currently stateless, and desire to become productive citizens of India.  In fact, India has a long, proud history of protecting religious freedom dating back thousands of years to the times of King Solomon. Its shores have acted as a refuge for Jews, Christians, Buddhists, Muslims, etc.

Outside of India, NRIs around the world have also held peaceful marches in support of it.  International newspapers widely condemned the act as bigoted in-line with their own history of bigoted reporting against India. Similarly, the US Commission on International Religious Freedom (USCIRF) was quick to raise concerns against the Citizenship amendment bill (prior to its passage) due to its own (unfounded) fear that India is stepping away from its pluralistic roots.

The only response that the Government of India had to the USCIRF was that its statements were “neither accurate nor warranted” and “…that the body has chosen to be guided only by its prejudices and biases.”[i] Today, India cannot have a more robust response to foreign media or governments as it does not formally analyze religious persecution around the world, nor can formally engage with its own population on the same topic for the same reason.  As such, all statements supporting and against within the government cite news stories and common knowledge.

India is one of the largest countries in the world and as it continues to grow, it needs to promote its civilizational values, such as pluralism, around the world.  Doing so would require substantive engagement with both foreign governments, academic institutions and corporations.  If it formally studied pluralism around the world it would be able to engage with foreign governments to discuss how to reduce government sanctioned bigotry e.g., approval of anti-Hindu school textbooks by one of the largest states in the US – California or the production of Hinduphobic television shows like “CNNs Believer” or rise in hate-crimes against Islam in the UK. It could hold recipients of foreign aid accountable for improving pluralism or reducing the impact of religious extremism by tying it to economic aid.

This type of analysis cannot be done in a one-off manner and must be done on an ongoing basis.  It must also result in policy recommendations that can be consumed by the Prime Minister, Foreign Minister and Lok Sabha.  In addition, it must be published so that it can be independently validated by institutions and think tanks within India.

The USCIRF is an example of such a body that does this type of analysis. Its principal responsibilities are to review the facts and circumstances of violations of religious freedom internationally and to make policy recommendations to the President, the Secretary of State, and the US Congress.  It researches and monitors international religious freedom issues. It does research and holds public hearings like the Lantos Commission hearing entitled “Jammu and Kashmir in Context.”

Creating such an “Indian commission on International Religious Freedom” would enable the GOI to:

[i] “‘Prejudiced’: MEA on USCIRF Recommending Sanctions on Shah”, https://www.thequint.com/news/india/us-commission-seeks-sanctions-against-amit-shah-if-citizenship-amendment-bill-passed-by-both-houses-of-parliament