India is economic powerhouse that cannot be dictated from abroad: Sergey Lavrov 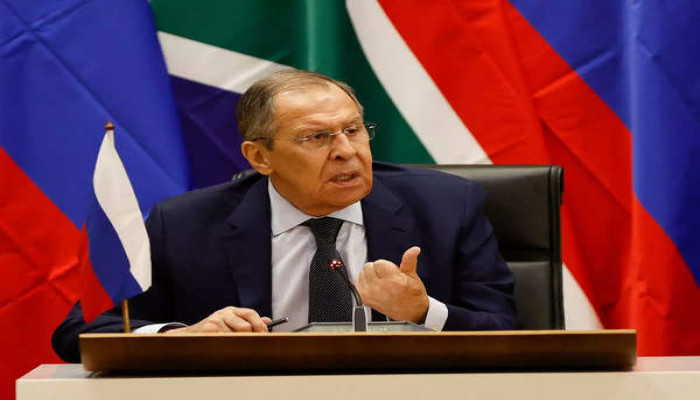 Russia's Foreign Minister Sergey Lavrov on Tuesday hailed India’s independent foreign policy approach and described it as an economic powerhouse of its respective region and to a large extent for the world economy that cannot be dictated from abroad, The Economic Times reported.

“Those powerhouses of their respective regions and to the large extent for the world economy as China and India – you cannot ignore them and you cannot dictate to them -- that they should develop the way that will continue to enrich the West – this is colonialism,” Lavrov said during his ongoing trip to Africa.

According to the ET report, since the beginning of the Ukraine war Russia has hailed India’s independent foreign policy approach and concept of strategic autonomy as New Delhi like several other countries did not comply with Western sanctions against Moscow and bilateral trade has clocked over 300 percent jump during the past one year.

Earlier on Monday as well, Lavrov strongly supported the issue of reform at the UN Security Council to accommodate African, Asian and Latin American nations. Moscow earlier had openly backed India’s and Brazil’s entry into UNSC as permanent members.

Lavrov was addressing a media briefing after meeting with his South African counterpart, Minister of International Relations and Cooperation, Naledi Pandor, who hosted the Russian Minister for bilateral talks covering a range of issues in Johannesburg.

“We strongly support the additional seats for developing countries because it is the under-representation of Africa, Asia and Latin America which is the key problem of the (UN Security) Council today,” Lavrov said, expressing support for South African President Cyril Ramaphosa of South Africa and Indian Prime Minister Narendra Modi.

Lavrov is expected to arrive in New Delhi in early March for the G20 Foreign Ministers meeting and other engagements.