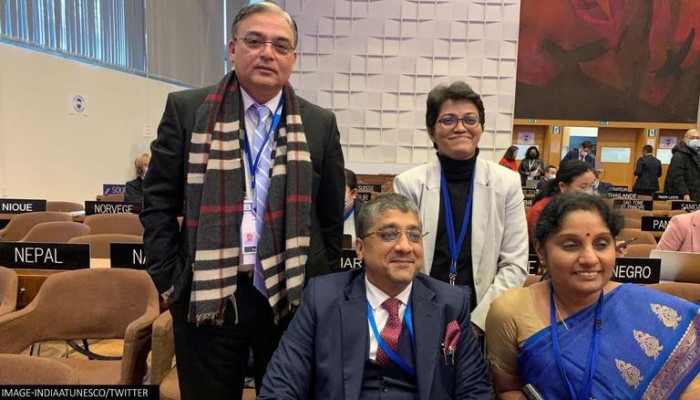 India has been elected on Thursday to serve on the United Nations World Heritage Committee for a four-year term beginning this year. This came a week after the country was re-elected to the UNESCO Executive Board for the 2021-25 term.

It has the final say on whether a property is inscribed on the World Heritage List. It examines reports on the state of conservation of inscribed properties and asks States Parties to take action when properties are not being properly managed.

It also decides on the inscription or deletion of properties on the List of World Heritage in Danger, UNESCO said. The World Heritage Committee meets once a year, and consists of representatives from 21 of the States Parties to the Convention elected by their General Assembly.

Praveen Sinha, a 1988 Gujarat cadre officer and special director of CBI, edged out China to secure a place in the executive body of INTERPOL. In the elections held at the ongoing 89th General Assembly of INTERPOL at Istanbul, India has to contest against China, South Korea, Singapore and Jordan for two posts. It is learnt that Indian Ambassador has camped in Istanbul for the last few days to hold bilateral meetings with delegates and gain ground support.

S Jaishankar wrote on Twitter on Thursday that it was a good day for Indian diplomacy. He announced that India had been elected to the UNESCO World Heritage Committee for the years 2021 to 25. He also mentioned that Praveen Sinha was chosen to the INTERPOL HQ Executive Committee.

A tweet by India to UNESCO said, “India gets elected to the World Heritage Committee with 142 votes for a four-year term from 2021-25!”.

On Thursday, Minister of State for External Affairs Meenakshi Lekhi tweeted, “Happy to announce that India has won the seat on World Heritage Committee from the Asia Pacific region. I thank all our supporters for leading us to this historic win.”

“Matter of great pride that India is once again the member of the prestigious 21 nation world heritage committee (WHC) from 2021-25. This is India's 4th term in the WHC. Congratulations India and Team ASI,” Minister of Tourism, Culture, G Kishan Reddy said in a tweet on Thursday.

Acting under the authority of the General Conference, the Board examines the programme of work for the organisation and corresponding budget estimates submitted to it by the Director-General.

It consists of 58 member states each with a four-year term of office, according to the UNESCO website.