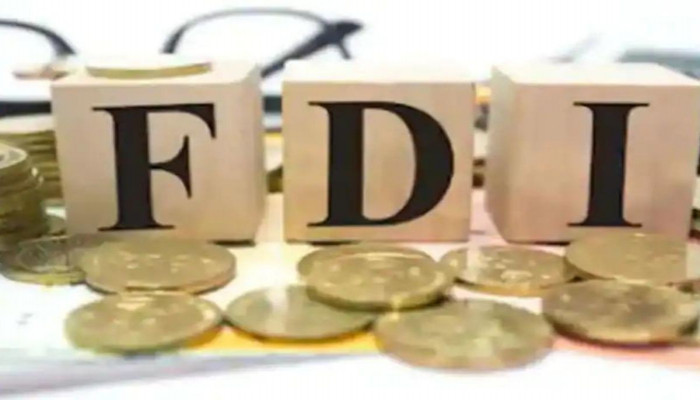 India has recorded highest ever annual FDI inflow of USD 83.57 billion in the Financial Year 2021-22.

In 2014-2015, FDI inflow in India stood at mere 45.15 USD billion as compared to the highest ever annual FDI inflow of USD 83.57 billion reported during the financial year 2021-22 overtaking last year's FDI by USD 1.60 billion despite military operation in Ukraine and COVID-19 pandemic. India's FDI inflows have increased 20-fold since FY03-04, when the inflows were USD 4.3 billion only.

In a statement on Friday (20 May), the Ministry of Commerce and Industry said that FDI Inflows in FY22 increased despite "military operation in Ukraine and COVID-19 pandemic". It may be noted that FDI inflow has increased by 23 per cent post-Covid i.e., March 2020 to March 2022 at $171.84 billion in comparison to FDI inflow reported pre-Covid i.e., February 2018 to February 2020 at $141.10 billion.

The ministry added that India is rapidly emerging as a preferred country for foreign investments in the manufacturing sector.

"The steps taken by the Government during the last eight years have borne fruit as is evident from the ever-increasing volumes of FDI inflow being received into the country, setting new records," added the ministry.

‘Computer Software & Hardware’ has emerged as the top recipient sector of FDI Equity inflow during FY 2021-22 with around 25 per cent share followed by Services Sector (12 per cent) and Automobile Industry (12 per cent) respectively.

Under the sector `Computer Software & Hardware’, the major recipient states of FDI Equity inflow are Karnataka (53 per cent), Delhi (17 per cent) and Maharashtra (17 per cent) during FY 2021-22, the ministry said.

Karnataka is the top recipient state with 38 per cent share of the total FDI Equity inflow reported during the FY 2021-22 followed by Maharashtra (26 per cent) and Delhi (14 per cent).

According to the ministry, majority of the equity inflow of Karnataka has been reported in the sectors `Computer Software & Hardware’ (35 per cent), Automobile Industry (20 per cent) and `Education’ (12 per cent) during the FY 2021-22.