India claims major victory in vaccines and fisheries at WTO 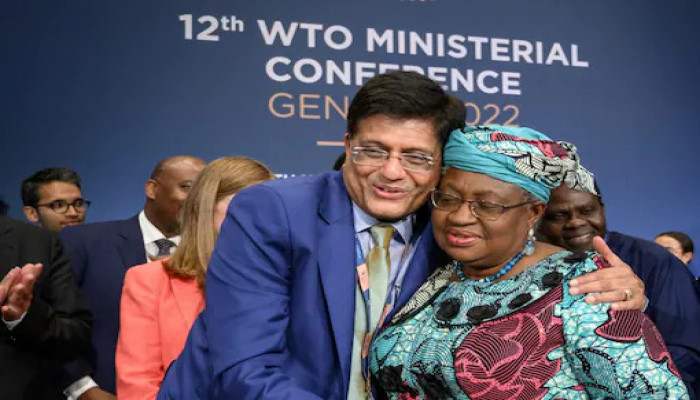 Union Minister for Commerce and Industry Piyush Goyal said that the fisheries subsidies agreement announced at the recently concluded World Trade Organisation (WTO) meet was a major win for India.

Goyal told news agency ANI, “Some countries are experts in this. They are responsible for finishing the fish across the world, with deep-sea fishing. India succeeded in bringing a regulation for them. This is a major victory for India.”

“This WTO MC12 establishment of multilateral institutions has once again been strengthened. Positive outcomes have come out. Progress has been made in long pending issues, issues that were pending for decades,” Goyal was quoted as saying by news agency ANI.

India made the case for developing economies by batting for the Trade-Related aspects of Intellectual Property Rights (TRIPS) waiver.

The decision to bring vaccine manufacturing under the waiver signaled success for developing economies that can now manufacture and export vaccines without seeking permission from the original maker.

The decision to bring diagnostics and therapeutics into the agreement was not accepted by the developing nations.

A decision to bring this under the agreement will be discussed in the next six months.

Another major milestone in the WTO meet for India was to get the global trade body to accept its demand to stop unregulated fishing.

India asked the WTO to promote sustainable fishing and push for the renouncement of “irrational subsidies" and overfishing by many countries.

"They are worried that the e-commerce moratorium is being extended every two years, but there has been no work on it... No concrete steps have been taken. India put forward the issue strongly and said that postponing the agreement would not work. There should be clarity on it. India also wants to have free access to markets...," he said. Goyal said that "we were successful in extending the moratorium, but with a deadline — that by March 24, concrete steps to address this issue must be taken".

India was also allowed to continue its public stockholding program for food grains at the WTO meet.

India also agreed to do away with export restrictions on procurement by the UN World Food Programme with one caveat that it will retain the flexibility to restrict exports if a domestic food security need arises.

Goyal said all countries, which aim to help other vulnerable countries, will be given the provision to consider their capacity and situation before exporting products. "India's suggestion was that aiding nations can take stock of their food requirement," Goyal said.

Indian delegation at the WTO also were lauded by the delegations from the developing countries.

These nations applauded India for taking up the cause of the developed economies.