India, choose your leaders wisely! Lesson to Learn from the Pala Dynasty 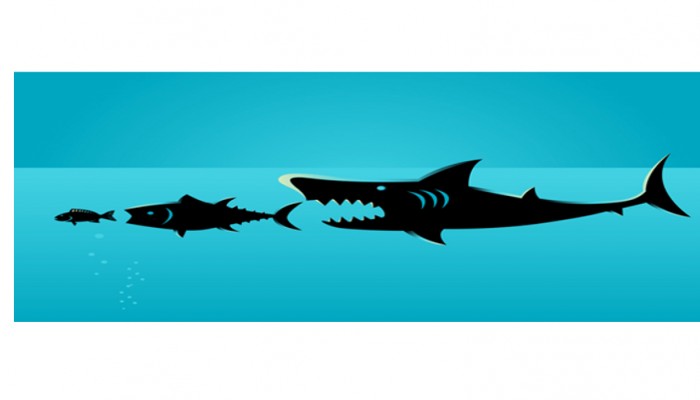 Matsyanyaya comes into being if the royal scepter (danda) remains unapplied. In the absence of a dandadhara (wielder of the scepter) the strong swallow the weak”. - Chanakya

(Examples of Pala stelae. From left to right: -A stela with the image of Varaha, an avatar of Lord Vishnu, from western Bengal, 10th century. https://arsartisticadventureofmankind.wordpress.com/tag/art-of-the-pala-empire/)

“Pala”- simply means “one who protects” in Sanskrit. And from here, the once independent rulers of eastern India, the Palas, derive their name. Their suzerainty centered in the present-day regions of Bihar and Bengal with various north and northeastern parts of the Indian Subcontinent. All its rulers were Buddhists, whose actions spoke louder than words! They rescued the area as Bengal got into the deep water, started with a clean slate, after the death of the prior ruler Sashanka and left significant contributions towards the Buddhist faith and culture.

As Sashanka expired, from 637 A.D, Bengal got lost into the sea with no sovereignty due to the lack of suitable kings, who could be competent enough to start a new dynasty. There were clouds on the horizon. As a result of this, from 650 to 750 A.D, extreme anarchy was created in this region. The stronger chieftains of the larger area were found to be taking over the smaller lands.  This period in a tight spot is referred to as “Matsyasanya” or the “Rules of the fish” in the history of Bengal, taking the analogy of the way a bigger fish gulps the smaller one unopposed.

The death of Sashanka made waves in the flow of Bengal’s history. Yashovarmana, the ruler of Kanauj captured southern regions of Bengal including most parts of Vanga. At this time, Lalitaditya, the king of Kashmir also managed to pick up some parts of western Bengal. After Harshavardhana died in 647, Manava, the son of Sashanka tried to re-establish the empire. Nevertheless, he remained unsuccessful. At this time, a highborn and popular personality named Jayanaga was able to occupy the throne of Gauda. At the initial stage, he was fruitful to declare himself as the king of the region. After that, he set up a strong military force and led that to defeat the army of Bhaskarvarman, the ruler of Kamarupa and took over Sashanka’s capital at Karnasuvarna. However, after his death, the northern part of Vanga got into the hands of various dynasties such as Later Guptas (evidence is too slender to be sustained), Khadga dynasty and Saila dynasty.

Constantly changing hands, Bengal had its back against the wall, suffering from anarchy  and chaos due to the foreign invasions. There was no one to retain a strong command over the central rule! All the squabbling feudal lords, during this internal disorder, cried havoc and slipped the dogs of war, with weapons in hand and with the dream to become the ultimate fate of Bengal. Now, in the nick of time, Gopala, a cream of Bengal’s crop, turned into a big fish!

In this fine example of democracy in a hot climate, knowing which way the wind was blowing, it was some wise and experienced local authorities, who gave up their self-interest, united, and elected Gopala, an efficient feudal chieftain as the new king. It was time for them to fish or cut bait. It is recorded that Gopala was born near Pundravardhana and his family had already risen to power. Vapyata and Dapita Vishnu are the names of his father and grandfather, who were also known as the khanditarati or "killer of enemies” and Sarva-vidyavadata or "all-knowing", respectively.  It was from his time, that the Pala dynasty started in Bengal from 750 A.D. This voluntary surrender of powers is politically significant. Gopala was elected in a democratic manner through a “Sabha” or “great meeting”, as the central ruler, as different independent political leaders cut to the chase that they were not the only fish in the sea and came forward to call the shots. And not Karnasuvarna, at present somewhere near Barendrabhum, got established as the new capital.

The advent of the founding figure of Pala Empire, Gopala, is quite like a fairy tale as per the fish story of Lama Taranatha, a popular scholar and exponent from Tibet. He narrated that Bengal was in a pickle due to strong anarchy. In this situation, whoever had the guts to become the king was found to be killed by an ugly snake-demoness, the queen of a prior king. Gopala backed up with the blessings of Cunda devi, once visited a house where he found that all the family members were sick with fear. The reason was that, on that day, one of the guys from the family was chosen as the next king. At a glance, Gopala fished in the troubled waters. He decided to take his place and claimed himself to be the next ruler. On that night, as the demoness visited the house, she was killed by a wooden club of Gopala that was propped up by the boons of Cunda devi.

It is quite evident that the local people were highly desperate to get rid of the situation. That’s why a decision was made and the state was surrendered to the hands of an individual named Gopala. Modern historians have searched for the support against the story in Khalimpur Copper-Plate edict. It is mentioned there that, in order to finish the turmoil situation, the ‘prakriti’ or people, made Gopala sit on the throne.

To put an end to the state of affairs similar to what happened among fishes, the ‘prakriti’ made the glorious Gopala, the crest jewel of the heads of kings, take the hand of Lakshmi, the goddess of fortune”- eulogy from Khalipur Copper Plate

Though the term ‘prakriti’ indicates the common people, however, in such a disorder, there cannot be such kind of scope for the common people to gather together and come under a common settlement. Further, any kind of such initiative from the side of the common men is also quite fishy. So, we can easily assume that the ‘prakriti’ indicates various leading personalities of the land. The writings can also have a different meaning. It is also possible that Gopala was able to capture the power with the help of prakriti or elite-class leaders and his success brought the end of the entire anarchy!

(Top left: A view of the Somapura Mahavihara in Paharpur, ca. 8th century (Naogaon District, Bangladesh) one of the best known Buddhist viharas from the Indian Subcontinent and considered one of the most important archaeological sites in the country. This Pala-Gupta style temple was built for the emperor Dharama Pala. Top right: Reliefs on the terracotta plaques at the base of the Somapura Mahavihara, the diverse images represent mythical creatures and people. Bottom: A close up of the carved reliefs at the base of the Somapura temple. https://arsartisticadventureofmankind.wordpress.com/tag/art-of-the-pala-empire/)

In the time of sorrow and misery, to an attempt to gain independence, political sagacity, and judiciousness, the sacrifice and vision as shown by the Bengali race is never-to-be-forgotten. Like a fish out of water, just for the sake of the welfare of the mother-land, this type of individual renunciation and self-sacrifice by many, bringing greater welfare to the society is actually very rare in the history of mankind. As every cloud has a silver lining, this sacrifice and unity of the Bengalis made them reach the zenith of development, pride and glory later in history.