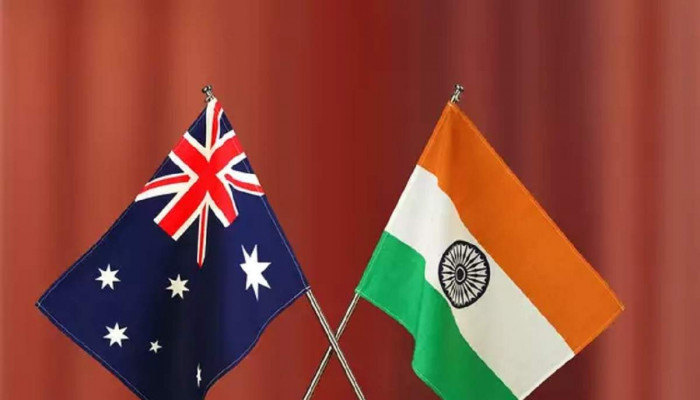 India’s decision to focus on balanced economic agreements, which include a wide set of areas and not just merchandise trade, with key economic and strategic partners reflects India’s much stronger geoeconomic and geostrategic position and confidence in its ability to pursue India’s national interests. India is choosing its partners for economic agreements (the media description of them as free trade agreements is misleading and inaccurate and reflects old thinking) carefully.

India and Australia are partners in the trilateral Supply Chain Resilience Initiative (SCRI) arrangement along with Japan which seeks to enhance the resilience of supply chains in the Indo-Pacific Region. Further, India and Australia are also members of the recently formed Quad, also comprising the US, and Japan to further enhance cooperation and develop partnerships across several issues of common concerns. The ECTA adds vital economic and commercial elements to India-Australia strategic partnership.

According to the World Trade Organization (WTO) data, in 2021, India’s total trade in merchandise and services at USD 1403 billion was about two times that of Australia at USD 688 billion, with the combined global trade of the two countries at USD 2091 billion, rather a substantial figure. In 2021, while India had a large trade deficit of USD 132.6 billion in total trade, Australia exhibited a large surplus of USD 90.3 billion.

In general, India is currently more important market for Australia than vice versa. But India hopes the ECTA will help redress this imbalance. During April-October 2022, according to official data, India’s total trade in goods and services was nearly one trillion USD, and the trade deficit was about USD 100 billion. India’s strong gross inward remittances (USD 89 billion in 2021) help finance rather large trade deficits2.

It should be noted that it is the absolute volume of trade of a country that impacts global economic activities and not trade-to-GDP ratios, commonly used. That India’s total global trade in 2021 was twice that of Australia, and therefore India has a larger impact on the global economy has not been acknowledged by academic persons, domestic and international think-tanks and researchers, and policymakers. This needs to change.

The negotiations for India-Australia ECTA were formally relaunched on 30 September 2021 and concluded on a fast-track basis by the end of March 2022. All the necessary approvals for the ECTA have since been obtained, and the agreement is expected to come into force from January 2023.

The new generation agreement between India and Australia encompasses cooperation across the entire gamut of bilateral economic and commercial relations between the two friendly countries and covers areas like Trade in Goods, Rules of Origin, Trade in Services, Technical Barriers to Trade (TBT), Sanitary and Phytosanitary (SPS) measures, Dispute Settlement, Movement of Natural Persons, Telecom, Customs Procedures, Pharmaceutical products, and Cooperation in other Areas.

The main provisions of the ECTA, according to an official press release by the Indian government, are as follows3.

The ECTA provides an institutional mechanism to encourage and improve trade between the two countries. The ECTA covers almost all the tariff lines dealt in by India and Australia respectively. India will benefit from preferential market access provided by Australia on 100% of its tariff lines. This includes all the labor-intensive sectors of export interest to India such as gems and jewellery, textiles, leather, footwear, furniture, food, and agricultural products, engineering products, medical devices, and automobiles.

On the other hand, India will be offering preferential access to Australia on over 70% of its tariff lines, including lines of export interest to Australia which are primarily raw materials and intermediaries such as coal, mineral ores, and wines, etc. This could lead to cheaper raw materials for the Indian industry as Australia is a key producer of critical raw materials, including those needed by India to make a transition to greater reliance on renewable energy.

As regards trade in services, Australia has offered wide-ranging commitments for around 135 sub-sectors and Most Favoured Nation (MFN) treatment in 120 sub-sectors which cover key areas of India’s interest such as IT (Information Technology), ITES (Information Technology Enabled Services) business services, health, education, and audiovisual.  MFN requires WTO Members to accord the most favourable tariff and regulatory treatment given to the product of any one Member at the time of import or export of “like products” to all other Members.

Some of the key offers from Australia in the services space include- Quota (around 1800 annually) for chefs and yoga teachers; Post study work visa of 2-4 years for Indian students in Australia (estimated to be around 100,000) on a reciprocal basis. Mutual recognition of Professional Services and other licensed/regulated Occupations; and Work and Holiday visa arrangements for young professionals.

On the other hand, India has offered market access to Australia in around 103 sub-sectors and Most Favoured Nation in 31 sub-sectors from the 11 broad service sectors such as ‘business services’, ‘communication services’, ‘construction and related engineering services’, and so on. Both sides have also agreed to a separate Annex on Pharmaceutical products under this agreement, which will enable fast-track approval for patented, generic, and biosimilar medicines.

There are three aspects that would need to be competently addressed to make this new generation ECTA more effective. It is suggested that each country appoint a task force that meets regularly to ensure that the agreement is achieving the intended results.

First, many agreements are well drafted but lack implementation integrity. As a result, intended outcomes are often achieved only to a limited extent. The two countries should ensure that the ECTA is implemented in the manner intended.

Second, the cost to the stakeholders of complying with the ECTA provisions should be manageable, and where feasible, process reforms should be initiated to reduce these costs.

Third, the utilization rate of various provisions, such as tariff reductions, movement of professional persons, quota for yoga teachers etc, should be monitored. Well-designed provisions which remain unutilized do not provide the intended results.