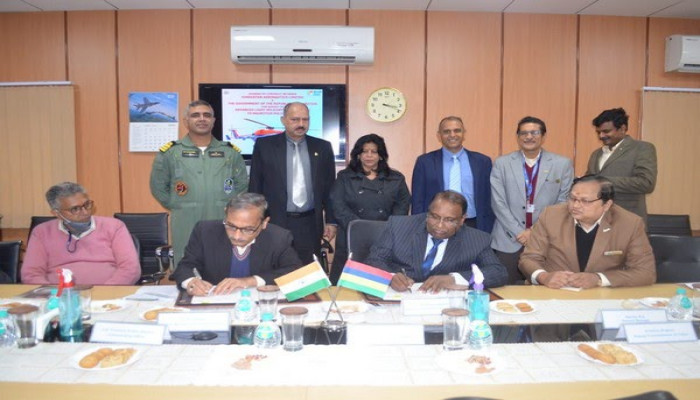 Hindustan Aeronautics Limited has signed a contract with the Government of Mauritius for export of one Advanced Light Helicopter (ALH Mk-III) for the island nation's police force.

The agreement is in line with the Government of India's vision to boost defence exports to friendly foreign countries.

The contract was signed by General Manager, Helicopter Division-HAL, B K Tripathy, and Secretary of Home Affairs, Prime Minister's Office, Government of the Republic of Mauritius, O K Dabidin at HAL's Transport Aircraft Division in Kanpur.

According to HAL, the ALH Mk-III is a multi-role, multi-mission versatile helicopter in 5.5 tonne category.

"It has proven its mettle in various utility role including numerous life-saving missions during natural calamities in India and abroad", the statement said.

More than 335 ALHs have been produced till date logging around 3,40,000 cumulative flying hours. HAL also ensures technical assistance and product support to the customer to ensure healthy serviceability of the helicopter, it was stated.