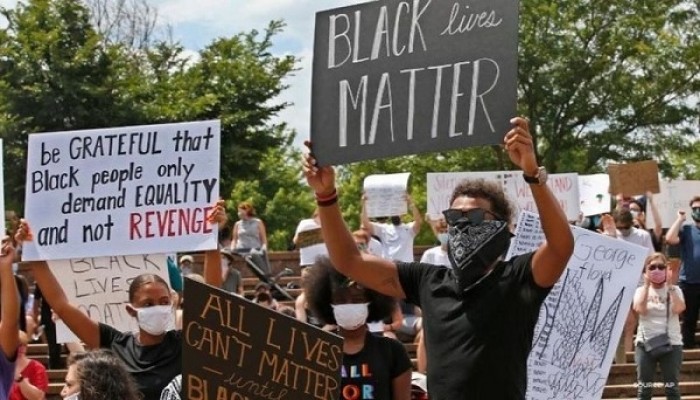 When I was thinking about the current social unrest in the USA, old memories flooded my mind. I was the convenor of the First International Conference of the Elders of Ancient Cultures and Civilizations as the General Secretary of Vishwa Adhyayan Kendra (Centre for International Studies) in 2003 held in Mumbai. This novel idea was initiated by the ICCS (International Centre for Cultural Studies). By the way, “Elders” doesn’t mean aged people, but scholars or seniors of ancient societies. The conference was attended by over 200 delegates from 45 countries representing 75 different ancient traditions of the world.

They were people from pre-Christian, pre-Islamic civilizations and traditions who have somehow survived Church and Islamic invasions. Before these invasions that annihilated them, most of them had thrived happily in their respective nations. They came from the widest possible arc of human civilization you can imagine – the aborigines of Australia and New Zealand, Hindus from South East Asia, Tribes of North East India, ‘pagans’ from Europe, UK, Indigenous Africans from African countries, Native Indians and Afro-Canadians from Canada, USA; to Mayans from Mexico. The participants had all the possible skin shades. And of course, the Sanatan Dharma followers like us. There was a participant from Morocco too, who couldn’t make it due to some logistic issues. The conference had adopted the greetings of one of the natives of USA is “Mitakuye Oyasin” – We are all relatives; as its greeting. This is very close to Hindu thought of “Mata Prithvih, Putro aham Prithviyaa”, Mother Earth is our mother and we are her sons – meaning we are all brothers and sisters.

One common characteristic among all these people was that all of them were enslaved, killed, their belief destroyed by colonial Whites riding on the moral high ground of Bible to justify their attacks to ‘save’ them from their dark, ignorant, ‘sinful’ life. This thought was well encapsulated by the poem “White Man’s burden” by Rudyard Kipling. In the words of veteran Kenyan leader Jomo Kenyatta – “When the missionaries arrived, Africans had the land and the Missionaries had the Bible. They taught us how to pray with our eyes closed. When we opened our eyes, they had our lands and we had the Bible.”

The entire assembly in the Elders’ Conference was stunned into silence, tears rolling down many cheeks, when a African American poet, Dorothy Randall Gray, recited her heart-wrenching poem “Who am I?” All signs of their traditions had been destroyed. They couldn’t name their kids in their own tradition and language nor were they allowed to celebrate their birthdays or any other ceremonies. They were severely punished if they tried. Millions of indigenous African

s died in inhuman conditions while being shipped as slaves from the African continent to the USA. Between 1525 and 1866, the entire history of the slave trade to the New World according to the Trans-Atlantic Slave Trade Database, 12.5 million Africans were shipped to the New World. 10.7 million survived the dreaded Middle Passage disembarking in North America, the Caribbean, and South America 1. If the reader wishes to read about the savage conditions during the Middle Passage, he/she can go to Wikipedia2.

Before this, the peaceful, non-violent, unsuspecting, and welcoming owners of the USA, Canada – the Native Indians - were eliminated in millions; banished into reserves, painted as uncivilized warmongers. Missionaries destroyed the Latin American civilizations too. By the close of the “Indian Wars” in the 19th Century, fewer than 238,000 indigenous people remained, a sharp decline from estimated 5 to 15 million living in North America when Columbus arrived in 1492.3

All of the participants in the Elders’ Conference had almost lost their sense of identity. Somehow, a few of them had saved their traditions and hung on to them surreptitiously, to avoid persecution and embarrassment of being ‘pagans’ or ‘animists’. Among Islamic countries overrun by Islam in North Africa and the Middle East, Egypt has some historic memories due to their ancient monuments but no known practitioner is left. Jordan has some historic sites as memories. However, there is hardly any living evidence left of their pre-Islamic culture. Now, we are reading reports of Iranians who are slowly trying to revive their ancient Persian legacy3A.The tribes of the Middle East were not so lucky. Their entire civilizational memory was razed to grounds, buried under the sands of the deserts.

Wherever Islam went, it justified plunder, rape, breaking of temples of any faith, killing in the name of The Book. Entire civilizations were ground to dust. India’s Hindu civilization survived due to its sheer size and the undying spirit of its traditional war readiness. Will Durant called the Muslim conquest of India, “probably, the bloodiest story in the history.” The estimates of holocaust victims vary, but none denies that numbers were in millions. To understand the mindset of invading Islam, please visit dharmadispatch.in.4

British colonialists were no different. The great Bengal famine that saw millions perish due to Churchill’s utter contempt for Indians. “I hate Indians. They are a beastly people with a beastly religion.” ... He was blindingly racist to Indians, killed at least 4million at one go during the Bengal famine because everything from India was directed towards war efforts5. Indian partition was another cynical exercise. One can’t forget that the Church in Portuguese colonies, like in Goa in India, came riding on the shoulders of the King’s directive. One can’t wipe out the cruel inquisitions of ‘fallen’ people6. Voltaire comments about India that, “If Indians had remained unknown to the Tartars and to us, they would have been the happiest people in the world;” sounds equally true for the Indigenous Africans and various Natives of colonial powers.

We note that Indians, and the Indigenous Africans and the Natives of the Americas were targets of supremacist exclusivist invading ideologies of “The Book”(s). Both faced unimaginable holocausts, though historians avoid calling them so. Millions perished to the swords, pestilence, and man-made famines, due to the faith systems that believed that ‘non-believers’ don’t have an equal right to a dignified life.

This scenario changed in American nations after the rise of the democratic movement in the USA. There was genuine repentance and leaders of that nation abolished slavery. They tried their best to provide equality to the African Americans and the Natives. Not that they always succeeded but they put in the right laws and tried changing the mindset. There is no doubt, racism still exists. But there is a constitutional remedy available. Honestly, the existence of racism is a cruel reality in nearly all civilizations. Even in the Arabian world, I have experienced strong racist feelings between the old Islamic states and the new ones of the GCC.

Islamists have not given up on their Supremacist world view. You can talk to any Islamist leader – religious or political – they assert that Shariah is superior to any Constitution. I have been to various TV debates and heard this often. Democracy is only a useful tool to ring in the rule of Shariah. Illegal Shariah courts are multiplying in the United Kingdom too7. Refusal to follow the Indian laws saw a 30% spike in Coronavirus infections, and was clearly attributed to Tabhligi Jamaat followers coming together illegally and then disappearing across India8. To counter this negativity, their supporters used the term Islamophobia for the first time in India.

In view of the above history, it is very strange that the Islamists of the USA are trying to dominate the protests of the African-American community against the US government on a very unfortunate killing of George Floyd. The Islamists and so-called liberals, standing by the side of the African-Americans have never raised their voices when their compatriots kill their African-American brethren – for professing the Christian faith, and even Muslim women who wish to get educated. Countries like Somalia have been partitioned on the insistence of Islamists. Others like Lebanon are virtually partitioned. Some are on the verge of partition. Islamic countries treat other religious followers legally as second-class citizens as per Shariah. The right to practice any other faith openly is not available in these countries.

African-Americans may realize that Islamists cannot be their friends. They don’t hide their objective of injecting more poison against the White community of the USA. Try asking any Muslim agitator standing with African-American brethren, what is their ultimate objective. Most will admit privately, it is to bring the entire world under Islam. Otherwise, what explains the idea of a mosque on Ground Zero, mooted earlier? Think. The people who can truly understand their pain of persecution are Indians.

When the Elders conference was given a proposal to have this august gathering held every three years in different countries, they opposed it. They said, “We want this conference to be held every three years in India only. This is the mother civilizations. It is the mother ship, behind which our small boats can move and survive. We get inspiration from this civilization. Other religions are out to annihilate us. Hindus will not. This is our land of inspiration. We wish to come here every three years to renew our faith and inspiration for a renaissance.” This is the genuine sense of the ‘Universal Brotherhood’.

It is our bounden duty to stand with our African-American brethren and not allow their protests to be hijacked by people with vested interests. Recall, that one of the greatest African-American leaders, Martin Luther King, was a disciple of Mahatma Gandhi, not of any violent leader. Nelson Mandela too followed Gandhi. He never advocated vengeful acts against the White population after South Africa won independence. Hindus can try to promote harmony within different communities and stop the discrimination and demonization of any community.

Images provided by the author 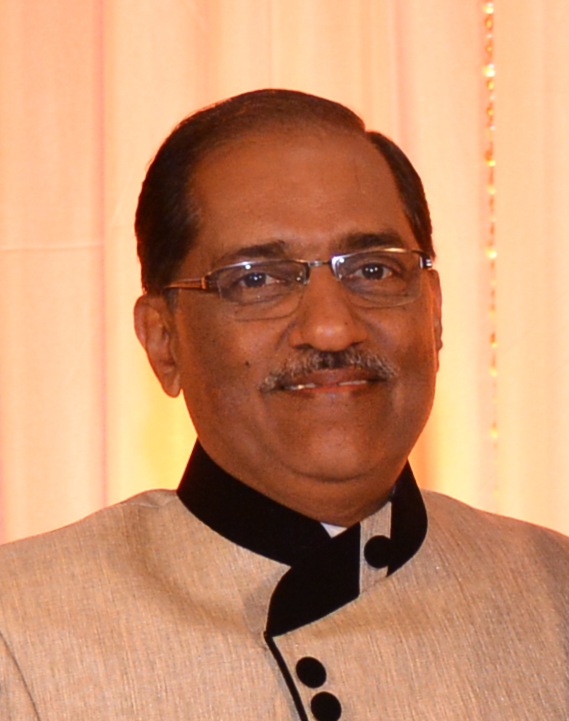