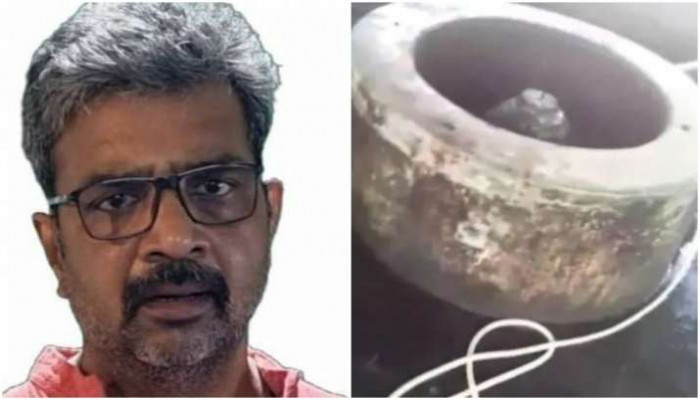 Associate professor of Delhi University’s Hindu College Ratan Lal was arrested on Friday night over an objectionable social media post regarding the claims about a ‘Shivling’ found inside the Gyanvapi Masjid complex in Varanasi, police said. An FIR was lodged against Lal last Tuesday after a complaint filed by a lawyer named Vineet Jindal. In his complaint, Jindal claimed that the alleged tweet on the ‘Shivling’ was “derogatory, inciting and provocative”.

According to the Deputy Commissioner of Police (DCP) North, Sagar Singh Kalsi, Delhi University professor Ratan Lal was arrested for allegedly making an objectionable post on Facebook intended to hurt religious feelings. The case was registered against Lal under sections 153A and 295A of the Indian Penal Code (IPC) at Cyber Police Station North District and an investigation has been launched. "The arrest of Dr Ratan Lal, Professor of History at Hindu College, DU, is effective from May 20, under FIR no. 50/22 & under sections 153A/295A IPC," Cyber Police Station, North District reported.

Following the arrest of Delhi University Professor Ratan Lal, students of Hindu College staged a massive protest seeking the release of the professor. The protest began on May 21 when members of the Students Federation of India and the All India Students Association blocked the road and held placards demanding his release outside Cyber Police Station in the north district.

It is to be noted that the Delhi Police had denied permission to students who planned protests in the national capital on May 21.

While, defending his post earlier, Lal had said, "In India, if you speak about anything, someone or the other's sentiment will be hurt. So this is nothing new. I am a historian and have made several observations. As I wrote them down, I have used very guarded language in my post and still this. I will defend myself."