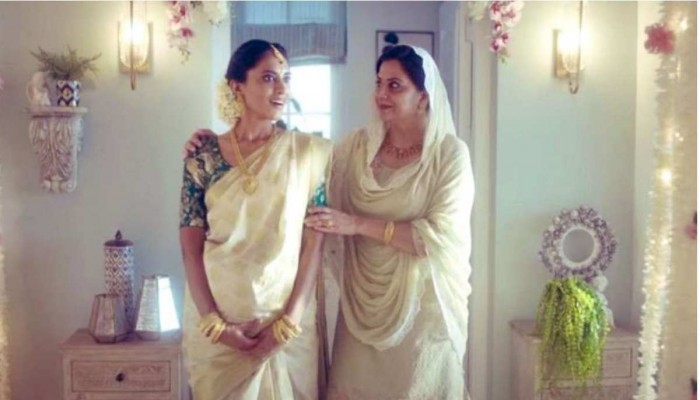 Tanishq ad under the banner of Ekatvam with a focus in inter-faith marriages created quite a stir. Despite taking down the ad following severe backlash, the ad necessarily accomplished the purpose of enhancing its visibility during the economic slowdown. To this end, it has actualised its marketing goals. By overtly apologising respecting the sentiments of Hindus, it has garnered sufficient good will. But this necessarily doesn’t reflect its genuine empathy towards the Hindus. On the contrary, to contain the ferment of the negative sentiment, it has slowly pulled down the ad after gaining the bountiful airtime presence in the run up to the ensuing festival season.

While the utopia of Ekatvam, seeking benevolent paradigm of social harmony and peaceful living makes all the right noises. But the Ekatvam propaganda built on the foundations of falsehood and fantasy is bound to be repulsed. Aptly so, Hindus have overwhelmingly rejected the underpinnings of the narrative which is being stealthily mainstreamed.

Eternally playing victim card and iconising the victimhood narrative, for long the Muslims, as minorities have irreversibly tarnished the subtle fabric of trust that binds the communities together. Further, by supporting the selective outrage, inadvertently the community is steadily annihilating the residual genuine empathy existing in pluralistic Indian society. In cahoots with the entire ecosystem, media and elite collectively burdening the majority community to endlessly prove their innocence irrespective of the ground realities they are widening the communal fault lines.

Notwithstanding the centuries of humiliation and subjugation, the community whose civilisational identity has been trampled and lands encroached is labelled as “aggressors” purposefully. Aside the steady demonisation of Hindu identity, culture and value system, they were also tasked with safeguarding the canon of secularism.

While the insinuating attacks and calumny perpetrated by Minority community was given a benefit of doubt and condoned as act of freedom of expression. Any counter move by the majority is condemned with the audacious defenders of faith paying heavy price with their life.  While a mass protest often transmogrifying into riots by the minority community is often absolved with the onus of triggering the riots levelled against the majority community. Thus, even after the religion-based partition, over the past seven-decades, the majority community has remained the favourite whipping boy for all the communal dissensions. A semblance of fairness and probity evaporated into thin airs. Secularism became a one-way channel with no reciprocity.

The majority community which is slowly woken up to the vicious agenda is now finding itself at the receiving end. Unfettered appeasement, cultivation of vote banks and politicization of the faiths has only exacerbated these suspicions.

While even the highest legal authorities in India, dismissed “Love Jihad” the fulcrum of Ekatvam espoused by Tanishq, as figment of imagination, the phenomenon is experienced in every part of the globe. Reports of teenage Britons lured by the propaganda videos, escaping to Syria, resurfacing as ISIS widows and seeking asylum has become a rampant. Love Jihad had infact, ensnared our society to unimaginable extent. Infact, it is not the Hindu community which is raising its voice even Christians in Kerala have been seeking stern action against this malicious agenda.

Daylight lynching of 23-year aspiring photographer Ankit Saxena1, close on heels the killing of 18 year-old Rahul Rajput over his love affair with a Muslim girl, murder of 24-year old Laxmipathy in Karnataka by girl’s father on the pretext of discussing marriage3, has laid the trap of Love Jihad thread bare. Numerous instances of Hindu girls being beheaded, duped and killed for resisting to convert the faith are blowing the façade of the interfaith marriages or relations into smithereens. Against this background, Tanishq has launched an advertisement promoting the very theme which is sending shivers down the spine. Though open-minded Muslims still do exist. But the ad in the context which is shoving the fanatasy down the throat of unsuspicious Indians is far removed from the ground reality which is proving to be more inimical. Hindu community is no longer ready to take this orchestrated vitiation lying down low.

Even as the Elite eulogise the communal harmony paradigm and revel in labelling others as radicals, their double-speak and hypocrisy is accentuating the tensions.

While Hindus have been churlish, to deem the Tanishq’s removal of advertisement as a victory, it is nothing but a marketing strategy. MNCs have experimented with this concept of inter-faith marriage earlier and following a backlash have retracked them to momentarily to assuage the sentiments. But the rebuke hasn’t deterred them from pushing this agenda surreptitiously through the mass media in uncanny ways. Instead of taking a backseat and relaxing at Tanishq’s retraction. It is time to generate more debate and create consciousness about the growing scourge of Love Jihad. Which is often dismissed as “Islamophobia”.

India is a pluralistic society and diversity has been its strength. To buttress the diversity and cement the inter-religious harmony an open-discussion is inevitable. Double-speak, subtle narrative setting and hypocrisy must be outrightly rejected to foster reciprocation. Calling a spade a spade must be the way to go!!!