Hindol Senguptaâs Being Hindu: Understanding the Peaceful Path in a Violent World 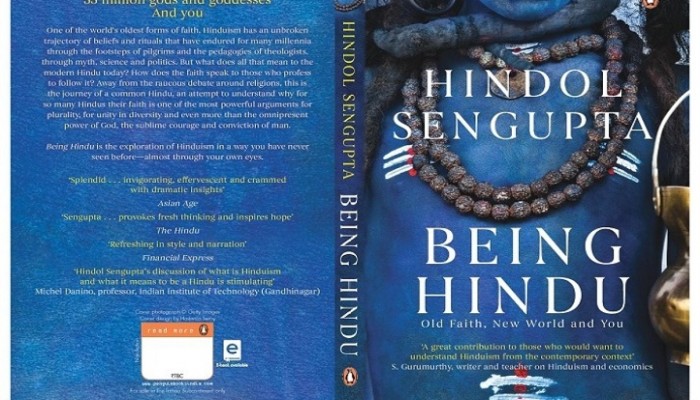 The latest zeitgeist into whose throes both the unsuspecting and the intellectual seem to have been equally sucked into involves casting aspersions over a religion. The word “Hindutva” has been taken to an extreme degree of reductionism that condenses a concept into a neologism. One that is alleged to be firmly at odds over secularism, in itself a term that has been misinterpreted, misapplied and misquoted. The Raison d'etre for some left leaning publications seems to be Hindutva bashing. A natural corollary of such polemical pieces is appropriation. Appropriation of Hinduism as the métier of hardline right-wing proponents. Influenced by such atrocious tropes, one might be forgiven for indulging in some “Gedankenexperiment[1]” involving an unfortunate aircraft that is left teetering up above the clouds, courtesy two wings depicting diametrically opposing behaviour. While the left wing obediently pays homage to the Principle advocated by Bernoulli, the right wing is an obstinate piece of machinery imperiling the motion of the aircraft and the future of its passengers within, by playing truant.

Hindol Sengupta, Editor-at-Large at Fortune India, and the youngest and first Indian writer to be nominated for the Hayek Prize[2], attempts to dispel the misperceptions borne towards a religion, that is pluralistic, mutually respecting of all other religions (in stark contradistinction to the perfunctory “tolerance” which is paying mere lip service to the concept of reciprocal respect), and which has been the bulwark, ballast and bastion of the very cradle of a civilization. “Being Hindu” is by no means an apologia for Hinduism. This incandescent practice requires neither endorsement nor proselytization. As Mr. Sengupta himself explains, to be a Hindu is to “shun bigotry, to accept diversity, embrace differences, respect gender rights and actively adopt new technologies and sciences.”

Drawing heavily upon the teachings of Swami Vivekananda and Shri Ramakrishna Paramahamsa, two spiritual giants whose teachings exerted a considerable influence upon the author’s family, Mr. Sengupta begins his book with a refreshing personal account of his early experiences in attending a Christian missionary school in Calcutta (now Kolkata). In between regularly attending services at the Chapel, and being informed that man is born a sinner, a piquing of curiosity sets him on the way to assimilating and absorbing Hindu and Vedanta Philosophy. Hence, more than a veritable treatise into the nuances and intricacies of Hinduism, this book is a personal narrative into the inquisitive forays of an intrepid explorer.

Drawing from extensive empirical evidence, Mr. Sengupta painstakingly demonstrates that at the very edifice of Hinduism lies a bent of inquiry. Unlike the three major monotheistic religions that derive their means and ends from a book, there is no one surefire path to attain a Union with the Divine. The journey is to be made by each practitioner adopting his own techniques and employing his own methodologies. These methodologies represent a syncretic coalescence of both spirituality and science. This singularly unique amalgam finds monument in the endeavours of a mathematician, Manjul Bhargava, who won the Fields Medal in 2014[3]. Bhargava won this much acclaimed honour for solving a two-hundred-year-old mathematical problem by reading old Sanskrit manuscripts that had been preserved by his grandfather, Purshottam Lal Bhargava, as head of the Sanskrit Department at the University of Rajasthan. “In the library reserves he found the work of seventh-century Indian mathematician Brahmagupta and he realized, using Brahmagupta’s work, that he could crack a problem unresolved for two centuries. Essentially, when two numbers which are both the sum of two perfect squares are multiplied together, the result is also the sum of two perfect squares.” However, as Mr. Sengupta bemoans, these lambent achievements are relegated to the confines of a fading, albeit illustrious history and in its place abound laughable stereotypes. Portraying Hinduism as an archaic, medieval and rustic practice, Hindu Gods as bloody thirsty, lusty Bohemians and their devotees as cow worshippers, urine drinkers and superstitious barbarians. This stereotyping spurs Mr. Sengupta to take inspiration from African writer Binyavanga Wainaina, whose, “How to Write about Africa” created quite a stir. Mr. Sengupta comes up with his own variant of “How to Write about a Hindu”. Redolent of rage and exasperation, this is a satirical piece, which, honestly reads a bit overboard with liberal and overdone references to genitalia.

Personally, the most riveting aspect of the book is the reference to Karma Yoga. Karma Yoga in its fundamental essence as propounded by Lord Krishna, in the immortal epic, Bhagavad Gita, means, Doing one’s duty at one’s best without any involvement of ego or attachment[4]. Prima facie, this poses a logical dilemma and an understandable conundrum. How can one strive to attain her best sans an element of ego? What then, is the incentive for the person to perform her work with a dedication that is unstinting? The conundrum is resolved by taking recourse to a stunningly elementary scientific explanation. Whilst performing tasks that represents one’s calling, one becomes oblivious to both the actions as well as the outcome. This finds direct and empirical representation in one of greatest studies conducted by the Hungarian-American scientist, Mihaly Csikszentmihalyi. Csikszentmihalyi, and his team of researchers at the University of Chicago interviewed thousands of individuals from myriad walks of life. Women from Korea, adults in Thailand and India, teenagers in Tokyo, shepherds in Navajo, assembly line workers in Chicago and farmers in the Italian Alps constituted some of the subjects of this extraordinary study. What the researchers found was astounding. All those who were interviewed reiterated that they experienced a theory of ‘optimal experience’ based on the concept of “flow” – “the state in which people are so involved in an activity that nothing else seems to matter; the experience itself is so enjoyable that people will do it even at a great cost, for the sheer sake of doing it.[5]” True Karma Yogis of the likes articulated by Lord Krishna!

In addition to the precepts of Swami Vivekananda and his mentor, Mr. Sengupta also liberally draws inspiration from author Diana Eck's book India: A Sacred Geography[6]. "Diana Eck clearly says that the footprints of pilgrims measure the civilisational boundaries of India." Shades of Dian Eck’s geographical emphasis are also found in Mr. Sengupta’s own articulations. “For me, anybody is a Hindu who believes in the core philosophies of Hinduism. These core philosophies are: one, every soul is potentially divine, which stands in sharp contrast to the Abrahamic way of thinking where the man is a sinner and must be saved by God. Two, for a Hindu, every path leads to God. And the third idea that defines a Hindu is the idea of geography wherein places - and not one single place - are sacred."

However, it’s not all smooth sailing for Hinduism. Mr. Sengupta comes down upon it like a ton of bricks on inconsistencies and lacunae that constitute double standards if not hypocrisy. The civilization that constructed superb sewerage infrastructure thousands of years ago, as envisaged by the excavations at Harappa and Mohenjo-Daro turns an absolute blind eye as many of its river are polluted beyond imagination. Copious amounts of untreated wastewaters are released into the Ganges every passing day. Another source of pollution comes from water used by manufacturers of cloth and leather products[7]. Similarly, the draconian and ante diluvian provision in Indian legislation that criminalized homosexuality was an authentic blotch on the democratic firmament upon whose very foundations Hinduism reveled. The fact that a country took an agonizingly long period to decriminalize an outdated notion, whilst at the same time regaling the world with a cornucopia of erotic esoterica in the form of the Kamasutra, made for some stunning paradox[8]. Instances of gender bending have permeated Indian history from times immemorial. Mr. Sengupta also is non plussed with the squalor, cacophony and the assorted concoction of confusion that is the hallmark of almost every reputed public place of worship in India. His experience in visiting the famous Kashi Vishwanath temple in the holy city of Benares, is recounted in some interesting detail. Accompanying a surging and teeming mass of humanity, the author is repeatedly warned by blaring loudspeakers to be mindful of his wallet, lest the same be confiscated by an opportunistic pick pocketer. When he finally reaches the sanctum sanctorum, there is hardly a few seconds available within which he can glimpse the Shiva Linga. Maybe it is exactly within this incomprehensible clutter, that the clear message of realization is parlayed.

Above everything, Mr. Sengupta endeavours to convey to his reader the fascinating and fundamentally simple doctrine of the Hindu philosophy which abhors dictating any particular doctrine. This polytheistic practice boasts neither a solitary founder, nor a designated book. As there are a multitude of paths, there are multiple masters and methods to guide the seeker on his way. However, all the paths converge towards one ultimate destination – looking inwards and discovering oneself or one’s own self. Paraphrasing Shri Ramana Maharshi, the fabled and wise ascetic of South India, “The nature of Awareness is existence-consciousness-bliss. When the world which is what-is-seen has been removed, there will be realization of the Self which is the seer.[9]”

The New York Times recently attempted to engage its readers in an invigorating intellectual deliberation and discourse about the history of slavery in the United States and its continuing impact on the societal fabric. This initiative was named Project 1619, after first slave ship’s arrival in Jamestown, Virginia, in 1619. However, as Phillip W. Magness, explains in his short work, “The 1619 Project, A Critique”[10], many essayists ‘appropriated’ this opportunity to link slavery with notions such as progressive activism and many other similar ‘causes’, and in the process diluting the very purpose of the original initiative. In fact, some of the essayists, as Magness illustrates, equated slavery with capitalism and free market principles and vehemently postulating that modern capitalism embedded within its confined the taint of slavery. Similar to this distortion is the currently prevalent trope targeting Hindutva and Hinduism both within and outside India. It is in this context that Mr. Sengupta’s book comes as a refreshing and timely breath of fresh air. Myth busting, ameliorating and revealing, all in equal measure, Mr. Sengupta conflates a personal quest and a journey with facets, principles and tenets. As reiterated in the preceding paragraphs, “Being Hindu” is neither a magnificent and all-encompassing treatise nor a gold standard expounding on the various nuances of one of the oldest, if not the oldest religion on the planet. It is however a concise elucidation of a faith intermingling with fact, a malleability of science and spirituality, and a fusion of enquiry and enlightenment. Features that have ensured a perennial preservation and presence of a sacred concept that is as old as the Earth itself. 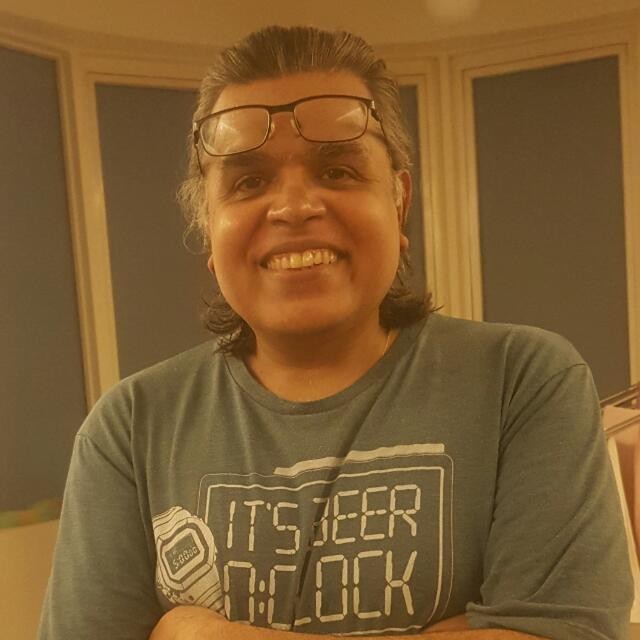