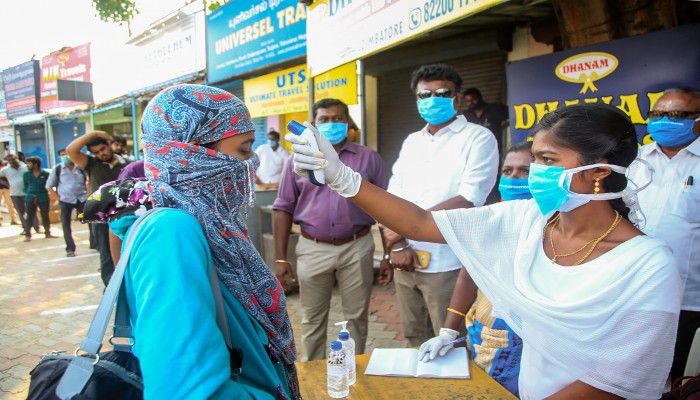 The unprecedented conditions prevailing in the world for past month or so is not only the problem of the Corona virus but more of the problem of healthcare system that is currently in practice. It is therefore important to examine both these elements of the problem

Corona virus, like any other RNA virus such as flu, HIV, Ebola, SARS, still is an RNA virus, which travels like a virus, communicates like a virus, and acts like a virus, so it must be treated like a virus. Nevertheless, the Corona virus is new, and there is a reason and rationale for it being a new and novel. It is new for its novelty, otherwise Corona virus has been there for decades, and its fundamental feature of a virus for a few billion years. Viruses are placed at the very beginning of life, and thus have seen all other organisms moving through their creation and evolution over this very long period of time. Humans as a species are by the way the latest amongst the evolved animal species just about 2 million years ago.

Evolution of an organism occurs with time and rate of mutation in its genome. Even assuming the novel Corona virus –2 existing only for 4 months since December 2019, has had time to undergo 228 generations with 10 hours of replication time. Humans with 20 years of generation time would have 100,000 generations over the 2 million years, thus giving them advantage over time for evolution. However, another factor, the gene mutation rate of the virus is about a million times higher than that of mammals in general (1), giving the Corona virus an overall advantage of 228,000,000 vs. 100,000, an evolution advantage factor (EAF) of 2,280, just in 4 months.

If one considers the basic features of a virus for a period of 3 billion years vs. humans for 2 million years, the EAF for the Corona virus is 26.28 trillion. This is not even considering the fact that human genome (about 3 billion base pairs or bp) contains only 1.4% gene, rest being non-expressing DNA, aka junk DNA, whereas the virus utilizes all of its genome (30,000 bp) for expression.

The genomic map shows the mutation power of Corona virus, just in two months. The color changes reflect mutations from left to right.  From RNZ

The implication of this analysis is multi-fold. First and the foremost is the medical care of those affected by the infection by Corona. While much of the specific characteristics of Corona is not yet known, it is assumed to be highly infectious presumably due to its high rate of proliferation, producing a huge number of virions for further infections. Within the past four months it seems there are just over 422,000 COVID-19 cases worldwide, resulting in the death of nearly 19,000 patients. Many countries like China, South Korea have capped the virus infection within four months period. However, the fear, nay panic, continues, primarily because there is no vaccine, no clinically proven drug as per USFDA approved guidelines, lack of rapid detection system to confirm the cases, and a highly contagious nature of the virus.

Even if the 4-month long cases are extrapolated to the whole year, and assume the outcome from precautions similar to China, Japan, South Korea, etc., it would appear the cases may not be more than a few millions. It is of course possible that the total lock down observed in China or prompt testing and quarantine implemented in South Korea does not happen in other countries, but there is good possibility of repurposing drugs used for SARS, MERS, Flu, HIV for COVID-19, mitigating  medical care burden in the healthcare system.

Looking for a comparison,  CDC estimates that so far this season there have been at least 38 million flu illnesses, 390,000 hospitalizations and 23,000 deaths from flu (2), despite vaccine and modern medicine being available, albeit only partially effective. But that is the case for most serious viral diseases.

In fact, there are success stories from India, France, and China for the use of anti-Ebola drug Remdesivir, anti-HIV drugs Lopinavir and Ritonavir, in combination with chloroquine to treat COVID-19 patients successfully. Thus, these treatments should at least be available either on an emergency basis, or with fast track clinical trial.

We all heard the White House session of President Trump embracing the effectiveness of chloroquine treatment of COVID-19. Dr. Anthony Fauci, the Director of National Institute of Allergy and Infectious Diseases, made efforts to point out that in the absence of controlled study to evaluate the clinical effectiveness it is not sure. That said, it is certainly a possibility, given what one knows about the mechanism of chloroquine’s general effect on the endosomal pH neutralization, that the drug in fact has a fighting chance to succeed.

While clinical data is important and needs to be properly developed, it is a bit too puritan to assume that when people are confined to their houses, schools and colleges have been closed. The US government is considering giving the reins of the government to the military, we are bickering about placebo controlled clinical trial of a drug or a group of drugs which have been approved against viruses and parasites, with acceptable safety records! We are in extra-ordinary times requiring extra-ordinary measures by even mediocre minds.

As for the science of clinical trial, we know little why many of the drugs work, why these do not work uniformly, and why there is a placebo effect? With entire computational capacity we have today, it is not possible to even model the function of a single cell in the body, let alone 40 trillion human cells, being constantly modulated by about 100 trillion bacterial (non-pathogenic) bacterial cells. Understanding of that science will take eons to get, but that should not prevent us from pursuing it, without holier than thou attitude.

The second implication is that of the healthcare. Given the fact that the viruses are ancient in nature, keeping the basic nature of their structure (encapsulated virions) and mechanism of inserting their nuclear material into host genome for replication and multiplication, and entering the host cells using the cell physiology of the endocytosis process, it is possible to (a) consider generalized approach of countermeasures, such as chemical inhibitors of viral enzymes, or blocking their entry and translocation with amino compounds, such as chloroquine, (b) develop vaccines to neutralize them, and (c) take measures to enhance the innate immunity to fend them off.

While the first approach of drug development takes time, unless repurposing works, and vaccine development is also a time taking process even for its partial success against viruses, a third point of innate immunity is a feature of most organisms, albeit with variations from humans, and is a part of the Darwinian human evolution. Over a period of time the natural human ingenuity has utilized natural resources of diet and herbs to enhance their innate immunity. The innate immunity is what keeps us alive from the very beginning, and many of the dietary herbs in fact synergize the adaptive immunity of vaccines and antibodies as well.

But again, we have heard from the medical professionals that there is in fact no evidence that these herbs and diets work against Corona virus. Actually, that is the truth, but again the virus is so novel, and these herbal products so common and inexpensive that there is hardly a pharma company which will conduct a clinical trial for the lack of financial reward.

Innate immunity is a complex process, and it has been implicated in explaining why men and boys are more susceptible to the Corona virus about 75% to 25% compared to women, apparently due to the role of estrogen in enhancing the innate immunity (3). Expecting placebo controlled clinical trial for synthetic drugs certainly makes sense, given safety and efficacy concerns of these untested molecules. However, demanding same clinical trial of natural herbs being used in diets for millennia to address ‘there is no evidence … is egregious.

It reminds me of a story my UMass Dartmouth historian friend, Dr. Timothy Walker,  who told me, and has also written in his publications how Portuguese colonizers of India used local herbal treatment for their health secretly in the night but always showed the superiority of their medical system publicly in the day time, just to keep their dominance. In fact, eventually they traded Indian spices as drugs in the western world, which helped them acquire Brazil, the only Portuguese speaking country in the Latin America!

At the risk of being factitious, it would be equivalent to stating that there is in fact no evidence in 99.99% cases that our fathers are in fact our fathers, as no one ever bothered to prove that using paternity test!! There are some obvious things in life.

It would be prudent to combine the approaches of holistic healthcare and modern medicine, as is practiced in India and China. 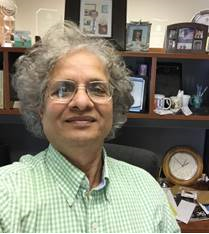