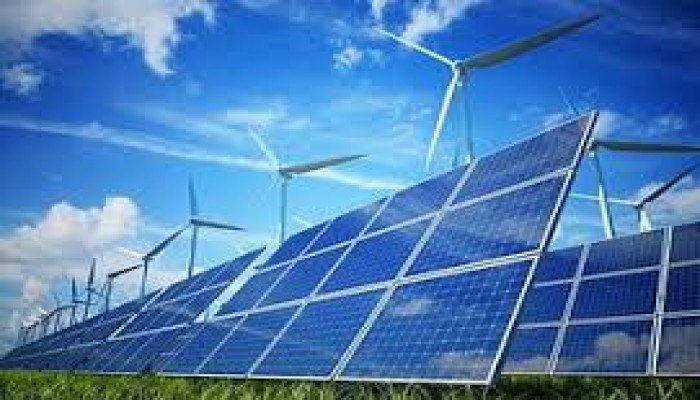 A lot many things have been stated about the power of respiration in Indic literature rather an entire oriental literature is replete with the quotes narrating importance of fathom breathing and its benefits for the human and animals. Dr. Ananda Bhavani, researcher and yoga therapist says that rats and rabbits have patterns of fast breathing hence their life is short against the life of a turtle or elephant who are slow and deep breathers. It is therefore hackneyed to talk about the significance of breath in the mortal life. However, with the advent of modern science and technology, scientists are using a breath and body heat as means of electricity generation. The miraculous discoveries of some avant-garde scientists are culminating into the new vistas in the field of power generation. India, which is the mother land of eminent brains in the world should take up a challenge and get its acts together to engage in the research so as to harness thermal energy like a human respiration for fulfilling its energy needs.

Ministry of New and Renewable Energy in its annual report of 2019-20 states as follows- “India is very ambitious in its targets for promoting renewable energy. In India, renewable energy has started playing an increasingly important role in the augmentation of grid power, providing energy access, reducing the consumption of fossil fuels and helping India pursue its low carbon development path. Ahead of COP-21, India submitted its Intended Nationally Determined Contribution (INDC) to the UNFCCC, outlining the country’s post-2020 climate actions. India’s INDC builds on its goal of installing 175 gigawatts (GW) of renewable power capacity by 2022 by setting a new target to increase the country’s share of non-fossil-based installed electric capacity to 40 percent by 2030”.

In the above-mentioned report Government laid considerable emphasis on solar and wind energy. However, it seems to be completely shunned of thermal energy from human and animal bodies. Putting entire thrust on the wind and solar power would jostle a high demand for land. If it is asserted that wind and solar power projects are land guzzlers, its natural corollary would be a lot more efforts by the government for land acquisition as land in India is considered as a precious asset. One study has shown that the 2022 target would require a land footprint between 55,000 to 125,000 sq km, roughly the area of Himachal Pradesh or Chhattisgarh. The veracity of the study may be an issue of debate and immaterial would be the argument to halt wind and solar power generation in India given the technological advancements in the field and its growing contribution in the energy sector however, equal emphasis is required to be laid upon the thermal power which is at nascent stage in India. Take an example of Sardar Swaran Singh National Institute of Bio-Energy, an autonomous institute of Ministry of new and renewable energy, as per website of this institute for next five years its planned research would be hovering around biomass and other related products. However, it does not speak even iota about the research as to the generation of electricity through the respiration of human or any other animals.

Similarly, Government of India has proposed National Renewable Energy Act to provide impetus to the renewable energy with an objective to replace a dependence on fossil fuel and oil. However, the thermal energy is not enumerated as a renewable energy resource in this Act which means the Act shall not be applicable to thermal energy. The implications would seriously hamper overall renewable energy sector in India. Hence government needs to amend the proposed law accordingly.

As per International Energy Agency’s India 2020 energy policy document- “In 2018 India had around 36 million air conditioners and by 2050 it is expected to have in the region of 1 billion (or 1 144 million units). Without major improvements in air conditioner energy efficiency, electricity demand for space cooling in buildings in India looks set to increase to nearly 1,350 TWh in 2050 and require an additional 800 GW of power generation capacity just to meet space cooling needs. About 70% of that growth is assumed to come from the residential sector”.

A question therefore is why India couldn’t initiate pilot project entirely based on thermal energy to meet its demands like air conditioning of residential and commercial premises.

Ideally Human Body radiates around 100 watts of excess heat and busting commuters could generate more than that when it is combined in a crowd it becomes a mammoth source of energy. According to an estimate that a city of 2.25 million people can kindle 22,500 lamps.

Scandinavian countries like Sweden have not only successfully produced electricity, through human respiration, but it is going to become a dominant player in this technology in coming years.

Sweden is perhaps one of the very few countries in the world which has cut down its oil dependency by 90% and trimmed its CO2 emission by 9%. Stockholm in Sweden is Scandinavia’s biggest business hub so its central station witnesses high rush of people. Normally, in the month of January when the temperature outside the central railway station plummet to a bone chilling -7

F the indoors, they retain warmth by harnessing a living mass of humans heading on station in all directions. Pocketing a windfall, engineers put into use body heat of issued from approximately 2,50,000 railway travelers to help warm the thirteen-story Kungsbrohuset office building about hundred yards away. Under the voluminous roof of the station, travelers donate their surplus natural heat for electricity generation. This is not an isolated instance.

A pioneering mall in the Minnesota in the US also depends partly on the heat from human body warmth to heat up the building. The Mall of America has had no central heating since its opening in 1991 – a bold choice given that state’s typical January low is -15.5C (4.1F).

Instead, the mall captures enough heat from the body warmth of its over 109,000 average daily visitors, more than eight acres of skylights and the heat from thousands of lights and fixtures to stay at a comfortable temperature through the winter.

India and Sweden have signed an agreement for cooperation in renewable energy sector and as mentioned, Sweden is a dominant player in the renewable energy technology. India should therefore leverage this partnership for the development of thermal energy in the country.

India with its 1.38 billion human population and highest number of livestock population in the World of 536 million, it deserves to earn the highest number of units of electricity by harnessing the bodily heat of its human/livestock population. By developing this technology country can easily surmount its dependence on oil and fossil fuel. Moreover, the space-constraint as evident in the solar and wind projects will be halved in this type of thermal energy projects.

The current era is about knowledge and innovation. India has a prolific track record of providing impetus to innovate under the regime of Narendra Modi and renewable energy sector which is high on the agenda of National Democratic Alliance government. In this scenario nation should not completely rely on traditionally evolved areas of renewable energy. It should explore trailblazing pathways in order to meet its energy needs, then the slogan of think global and act local will not be termed merely as a lip service.