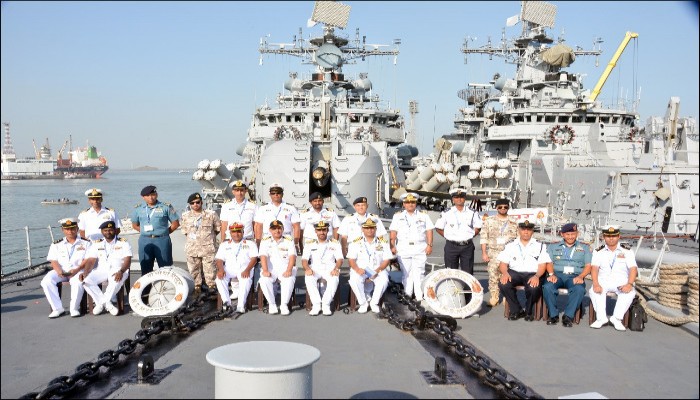 India’s swift response to distress calls marshalling all its resources at its disposal is now matter of intense pride. Last week India successfully evacuated Indians and seven Maldivians in the Hubei Province following the Corona virus. The Maldives profusely thanked India for the solidarity in the times of need. Similarly, in 2015 Indian Security Forces, launched Operation Rahat, to evacuate over 4000 Indians trapped in Yemen. Indian Air Force and Navy worked in tandem. Indian Navy deployed INS Mumbai which escorted commercial shipping vehicles and INS Tarakash, IN Sumitra carried stranded Indian Diaspora from war ravaged Yemen. All the three vessels were deployed in rotation to complete the evacuation process of 5600 people which included 960 foreign nationals from 26 countries within four days. While this operation is not first of its kind as India previously evacuated its citizens from crisis situations in Lebanon 2006, Libya in 2011, Iraq in 2003 and 2014, evacuation from Yemen was replete of dangers as the entire process was executed amidst ongoing war between Houthi rebels and Saudi Coalition. India also had the unique distinction of carrying out World’s biggest civilian evacuation in during the Kuwait war of 1990 when over 110000 people were airlifted through 500 sorties. Operation Rahat is etched in people’s memory for India’s proactive approach. For the first time an India’s Minister of State for External Affairs Gen V.K. Singh travelled to Yemen to oversee the operations. Evacuation of people from war zone exemplified India’s prowess in Humanitarian Assistance and Disaster Relief (HADR) operations.

As the chairperson of the IONS (Indian Ocean Naval Symposium) Working Group of HADR, India developed a Draft on HADR Guidelines for IONS in 2018. Conceived and initiated by India in 2008, after the initial years, there has been brief lull in the functioning of IONS forum. Modi regime infused a new energy into this forum and necessitated the need for coordinating navies of IONS. For the first time IONS carried out multilateral Maritime Search and Rescue Exercise in 2017.

With growth centres shifting East and sea borne trade transiting Indian Ocean registering a marked increase, India realised the strategic importance of its geographical location and peninsular nature. For decades, engrossed by the continental threats, Indian focused remained landwards. With Indian Ocean becoming backbone of the global trading system, to be a continental power, India started looking seawards after a millennium of inward and landward focus. Though Manmohan Singh declared that India is well positioned to become net security provider in the immediate neighbourhood and beyond in 2013, India never had any policy in place. Giving wings to India’s aspirations, Prime Minister Modi on his first state visit to India’s Maritime Neighbourhood in 2015, rolled out SAGAR (Security and Growth for All in the Region) doctrine to keep the region peaceful and secure. Underlining the salience of IOR for global commons, India called for intensifying cooperation among agencies and navies of the countries in the region. While the contribution of the Indian Ocean in global trade is set to increase, the region lacked an effective mechanism to secure Sea Lines of Communication (SLOC). As a result, the region depended on external stakeholders for the security of the SLOCs and assistance during distress. Modi’s SAGAR doctrine essentially aimed at filling this lacuna.

As a first step India has stepped up its engagement with littorals in the IOR. To ensure prosperity of the region with the cooperation of regional stakeholders, given its limited wherewithal, India has set a new paradigm of becoming the “First Responder”. Offering succour to those in distress, India steadily buttressed its credentials as a “Regional Security Provider”. Given India’s geographic centrality, Commodore Lalit Kapur opined that Maritime security challenges of a nation has three major aspects-the benign humanitarian assistance; “constabulary” function of securing the SLOCs and ensuring safe maritime transportation; finally countering the coercive actions of the nation-states.

Accordingly, with unfailing regularity, India has established reputation as a reliable responder. Fortifying its role in security India has set up Information Fusion Centre for IOR (IFC-IOR) at Gurugram last year to step up coordination with regional security agencies and forces. Lurking Chinese presence and creeping domination the IOR has become a major challenge for India. To create coercive pressure against the dominating presence of Chinese forces in IOR which can threaten SLOCs India is expediting maritime security cooperation with like-minded countries, regularly hosting joint naval exercises, steadily bolstering interoperability capacities and diplomatic heft. While the work on the security and countering coercive forces is work in progress, India is accumulating good will through its Humanitarian Assistance and Disaster Relief (HADR) operations.

India has been a reliable friend in times of need for several Indian Ocean littorals in the past. “Operation Flowers are Blooming” to avert a UK supported coup in Seychelles and “Operation Cactus” to abort palace coup in Maldives by Sri Lankan mercenaries vouch for India’s committal towards friends and partners. As opposed to deploying professional Navy for choking enemy supplies, India is increasingly using its maritime readiness to deliver humanitarian aid.

In June 2018, Indian Navy launched “Operation NISTAR” to rescue 38 Indian Fisherman stranded in Socotra Island when Cyclone Mekuna battered the region. INS Sunayana which is in Western Arabian Sea was pressed into action to rescue them.

Upon receiving request from Government of Mozambique, to rescue locals affected by Cyclone Idai, India launched “Operation Sahayata” and rushed INS Sujatha, INS Shardul and INS Sarathi to Port of Beira for evacuating people. Indian team commenced liaison work with local authorities, ran sorties, set up medical camps and rendered necessary assistance in March 2019. India was first responder of Cyclone Idai. INS Sumedha which is on an anti-piracy patrol in the Gulf of Aden, provided humanitarian assistance to a stranded Somali vessel in January. Close on heels, massive cyclone Diane hit coast of Madagascar. President Andry Rajoelina declared state of emergency and called for international help on January 25th. India responded first and diverted INS Airavat, a warship carrying relief and supplies to aid Cyclone-hit country. Prime Minister Christian Ntsay hailed India’s “Operation Vanilla” and sent a handwritten note thanking India for “solidarity and brotherhood” during the crisis. Jaishankar called instant response under SAGAR (Security and Growth for All in the Region) is an essential tenet of Modi’s foreign policy.

As a part of maritime strategy recalibration, Indian Navy launched new operations plan of “mission-ready deployment” in 2017 tasked with “round the clock, round the year” stationing of warships at vital points in IOR- off the Assumption Island Seychelles, off the Agalega (Mauritius), off the East Coast of Africa, off Southern Sri Lanka, off Bay of Bengal and in the Persian Gulf. These are assisted by naval satellite Rukmini (GSAT-7) and daily sorties of Poseidon P-8I maritime patrol aircraft. The objective behind such dynamic approach is to ensure India’s strategic presence in IOR and prevent frequent forays of the Chinese naval ships and submarines. This has increased Indian Navy’s manoeuvrability, flexibility and increased operational efficiency.

Aside, bolstering SAGAR doctrine, India has firmed up its maritime security cooperation with Vanilla Islands- The Comoros, Mauritius, Seychelles, Reunion Islands, Madagascar, Moyotte which have come together to boost tourism. The term Vanilla is used because these nations are known for the export of flavouring substance Vanilla. Thanks to the provisions of UNCLOS each of these islands with large EEZ, Exclusive Economic Zones, have acquired high strategic importance and now call themselves “Ocean States”. These littorals, highly vulnerable to natural disasters and worst affected by global climatic changes have consciously adopted “blue economy” which is based on the sustainable use and development of ocean resources. Modi has been advocating Blue Economy under the aegis of the SAGAR doctrine.