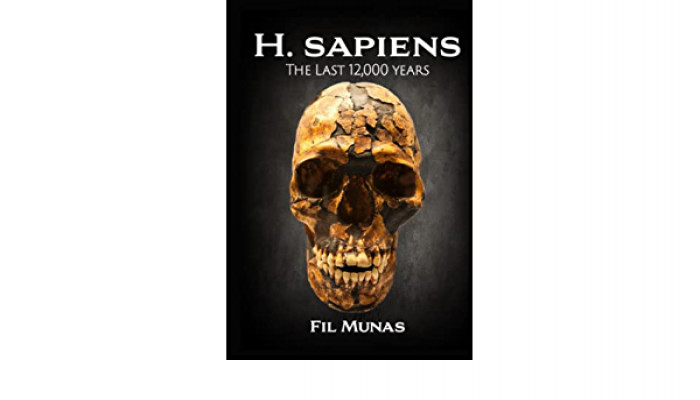 I am pleased to present this review of a recent book by Fil Munas called H. sapiens: The Last 12,000 Years. Dr. Munas is a good friend and an old medical school buddy.

We humans living on Earth all belong to a single taxonomic species called Homo sapiens. We have sent a man to the Moon and explored our entire Solar System with our probes. But we have still to learn how to live together sensibly on our planet. Much of the modern world is unaware of how much we have altered our biosphere by overpopulation, unending resource consumption, environmental destruction, and anthropogenic climate change that is gradually destroying life on this planet—the only one we can call home!

The author eloquently describes how we, like other early humans in the past, gathered veggiesâ and hunted animals for our food and how we evolved behaviors using our large brains to overcome survival challenges in unstable environments. As a result, we were able to efficiently outwit countless other creatures cohabiting our planet with us (perhaps with a certain hasty indifference) to emerge in the modern 21st century as the supreme hegemon on Earth.

Within the past 12,000 years, our species transitioned to producing their own food and extensively modifying their environment. We discovered how to control the growth and breeding of plants and animals. We settled down in sedentary communities relinquishing our old nomadic hunter-gatherer ways. We produced large quantities of food and domiciled ourselves in villages, which became towns and then cities. The humanâ âpopulation increased dramatically with more food, longevity, and many other conveniences.

I was particularly interested in the author’s take on the reproductive strategy of H. sapiens and his scrutiny of the templates of matrimony and patriarchy invented by humans as mechanisms to achieve unprecedented population growth and dominance of the planet. Without a doubt, H. sapiens has now become the paramount ruler of our world.

Dr. Munas brilliantly describes how our complexly evolved brain enabled us to interact with each other and our surroundings to create human culture and civilization. We developed a unique combination of physical and behavioral characteristics to enhance our survival and eventually dominate our planet. The author compellingly outlines this journey and howâ âwe accomplished that objective, starting with stone tools and ending up with computers! Along the way, we discovered a whole new paradigm of doing things. We became a communal species, living together in complex societies, exchanging goods and services, and disproportionally consuming Earth’s resources.

Dr. Munas cogently describes our Evolutionary Tree. He points out that we did not evolve from any of the apes living on Earth today. However, we share characteristics with other great apes such as chimpanzees, gorillas, and orangutans. We most likely evolved from Homo heidelbergensis, the common ancestor we share with Neanderthals our closest extinct relatives. There is much more we can learn about our origins, as credibly documented by my friend in this engaging narrative.

The author’s attention to the danger of fossil fuels and his informed description of the currently escalating mass extinction of numerous lifeforms across our planet is genuinely alarming and calls for urgent action. We, humans, continue to learn about who we are through studies of fossils, genetics, behavior, and the biology of our extraordinary species. Though our knowledge about our own species remains incomplete, we are doomed if we cannot see beyond our own kind.

I enjoyed reading this exceptional âbook and was intrigued about H. sapiens dominating the animal kingdom, and why Neanderthals died out. I wish Dr. Munas had elaborated more about:

1. Who was our direct evolutionary ancestor? Was it Homo heidelbergensis like many paleoanthropologists think, or was it another species?

2. How extensive was the interbreeding between our species and Homo neanderthalensis?

Dr. Munas presciently warns us that H. sapiens is gradually destroying our fragile ecosphere by massive proliferation, overconsumption of Earth’s precious resources, and the wholesale combustion of deadly fossil fuels to acquire the energy needed to sustain our lavish lifestyle. Consequently, we are threatening to drive our species H. sapiens itself into extinction within 300 years due to accelerating global climate change, toxification of our living space, and the anthropogenic mass extinction of other lifeforms on this planet. The author usefully discusses possible mitigating measures to avoid this apocalyptic future before it becomes too late.

I highly recommend this outstanding book to all informed readers. 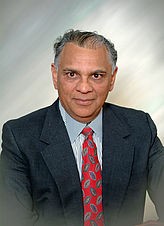