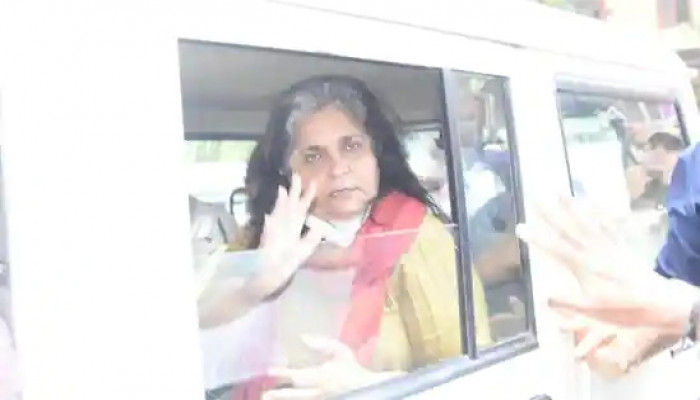 The Gujarat ATS on Saturday detained activist Teesta Setalvad's house in connection with a foreign fund case related to her NGO. Teesta Setalvad ‘s NGO had provided information about the 2002 riots to the police and her name has been mentioned in the Supreme Court judgment which upheld the SIT’s clean chit to Narendra Modi.

The move of the Gujarat ATS comes hours after Union home minister Amit Shah in his interview with news agency ANI slammed Teesta Setalvad and said her NGO gave baseless information about the Gujarat riots.

"I have read the judgement very carefully. The judgement clearly mentions the name of Teesta Setalvad. The NGO that was run being run by her - I don't remember the name of the NGO- had given baseless information about the riots to the police," Amit Shah was quoted as saying by news agency ANI.

Shah was referring to the Supreme Court ruling which dismissed the plea filed by Zakia Jafri, widow of former Congress MP Ehsan Jafri, challenging the clean chit given by the Special Investigation Team (SIT) to then Chief Minister Narendra Modi and several others in 2002 Gujarat riots.

Setalvad was a co-petitioner.

While upholding the SIT clean chit, the SC on Friday said that Setalvad exploited the emotions of Jafri.

"Antecedents of Teesta Setalvad need to be reckoned with and also because she has been vindictively persecuting this lis [dispute] for her ulterior design by exploiting the emotions and sentiments of Zakia Jafri, the real victim of the circumstances," the top court said in its order.

The case pertains to what came to be known as Gulbarg Society incident, in which 68 people, including former Congress MP Ehsan Jafri, were killed in the riots triggered by the burning of a train coach in which 59 pilgrims perished in February 2002. A decade later, the SIT report, exonerated Narendra Modi, citing "no prosecutable evidence" in the Gulbarg Society case.