Greenland at its warmest in 1000 years: Study 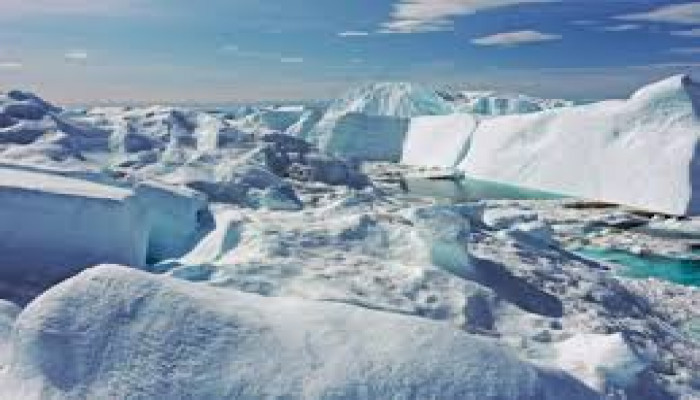 A sharp spike in Greenland temperatures since 1995 showed the giant northern island 1.5 C hotter than its 20th-century average, the warmest in more than 1,000 years, according to new ice core data.

A study published in the scientific journal Nature on Wednesday found that temperatures have risen 1.5 degrees Celsius (2.7 degrees Fahrenheit) above the 20th-century average since 1995. The data shows that Greenland’s ice cores — samples taken from deep within ice sheets and glaciers — have warmed substantially.

“We keep on [seeing] rising temperatures between the 1990s and 2011,” said the study’s lead author Maria Hoerhold, a glaciologist at the Alfred Wegener Institute in Germany. “We have now a clear sign of global warming.”

By drilling into the ice sheet to retrieve samples of snow and ice from hundreds of years ago, scientists were able to reconstruct temperatures from north and central Greenland from the year 1000 AD to 2011.

Their results, published in the scientific journal Nature, show that the warming registered in the decade from 2001-2011 "exceeds the range of the pre-industrial temperature variability in the past millennium with virtual certainty".

During that decade, the temperature was "on average 1.5 degrees Celsius warmer than the 20th century", the study found.

The melting of the Greenland ice sheet is already leading to rising sea levels, threatening millions of people living along coasts that could find themselves underwater in the decades or centuries to come.

Greenland's ice sheet is currently the main factor in swelling the Earth's oceans, according to NASA, with the Arctic region heating at a faster rate than the rest of the planet.

In a landmark 2021 report on climate science, the Intergovernmental Panel on Climate Change (IPCC) said the Greenland ice sheet would contribute up to 18 centimetres to sea level rise by 2100 under the highest emissions scenario.

Under the Paris climate deal, countries have agreed to limit warming to well under 2C.