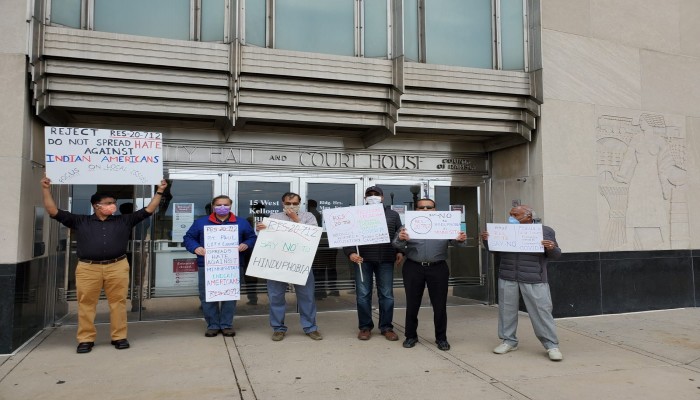 Often, we hear that all politics is local but some are more local than others. The case in point is a resolution (20-712) passed by the City Council (CC) on May 20, 2020, in a relatively small town of Saint Paul (the capital of the State of Minnesota). On the surface, it is local politics unless one reads the resolution. It reads, “Reaffirming Saint Paul as a welcoming city, expressing solidarity with Saint Paul’s South Asian community regardless of religion and caste by rejecting the Bharatiya Janata Party’s Islamophobic ideology, and opposing India’s National Registry of Citizens and Citizenship Amendment Act.” Is it truly local, I asked myself? With India’s constitutional law part of the resolution, I was one of hundreds of community activists opposing its passage. The resolution is a narrative based on alleged persecution of religious minorities in India, a derivation of the damning USCRIF report which I had cited earlier.

The passage of the resolution has national and global consequences. The resolution accuses India of discriminating against minorities specially Muslims. Nothing can be further from the truth. The CC believed that CAA was designed to strip off Indian citizenship from 200 million Indian Muslims. Their collective ignorance went as far as that the BJP govt is causing grave threats to oppressed castes, women, indigenous, Adivasi and LGBTQ (Lesbian, Gay, Bisexual, Transgender and Queer) community in India. Perhaps, very few people in India ever heard LGBTQ let alone it being part of CAA. As per the resolution, the RSS has exclusionary ideology and promotes discrimination against Muslims. Perhaps, the most egregious accusation is that coronavirus is causing violence against Muslims in India. Is the CC so naïve to know that the global pandemic does not discriminate based on one’s faith or religion? Important to note that well educated CC members had blinders and closed minds to seek the balanced worldview about India

In my view, it is the beginning of a doomsday politics for shunning democracy, promoting community divide, and diminishing support for the democratic party locally and nationally. It divides ethnic communities who have lived in harmony no matter where they came from and who they are. It pitted Hindus against the perpetrators of the resolution. Thousands of concerned Minnesotans wrote letters, emails, and messages to CC. We even protested on May 18 at the City Hall, the first day of the relaxed rules allowing assembly of no more than 10, during COVID-19. On the voting day, we were disenfranchised from expressing our views and thus the freedom of expression was crushed. How hypocritical and disingenuous behavior on the part of CC that a community activist was allowed in a virtual meeting on May13 for a different resolution but we were denied?

Minnesota Indians, including me, and many nationally, are diehard democrats. I felt let down that the democratic led CC sold their conscience under the influence of the Minnesota chapter of the Council on American Islamic Relations (CAIR-MN) and passed the highly flawed resolution without objectivity. The turning political tides make me believe that a strong alliance between India’s political leadership and Trump’s Republican party may affect the outcome of November elections. I say so because the current events and apathy by the Democrats are beginning to erode my own confidence in Biden, the presumptive Presidential candidate. I question if he has the political will to stand against global terrorism and Islamists decisively and protect the interest of Hindus worldwide.

It is no secret that India and the U.S. currently enjoy close bilateral relations and the chemistry between Modi and Trump is unusually synergistic. Recall that Trump travelled to Houston to greet Modi in 2019, the first such gesture by a sitting U.S. President to an Indian Prime Minister. Then Modi welcomed Trump in Ahmedabad with an audience of over 100,000, twice as many as Houston. In Houston, Modi surprised the world when he publicly announced, “Ab ki Baar; Trump Sarkar.” Now this narrative is gaining prominence among Hindu minded American Indians in the U.S. Even I feel a gradual but steady pressure about it. While young in India, I was led to believe that the CIA of America influenced the election outcomes in India. Now the Hindu politics and advocacy may make history in the U.S. elections.

Back to Saint Paul. The main sponsor of the resolution publicly acknowledged that she worked very closely with CAIR-MN in drafting the resolution since February/March. Was she on a secret mission in presenting a highly opinionated resolution while offering very limited opportunity for the feedback by concerned citizens? Is her own agenda Hinduphobia? A local organization, India Association of Minnesota, believed to be representing Minnesota Indians, was hardly of help. The IAM letter to the CC was, at best, neutral and non-committal with no systematic rebuttal to the flawed and misconstrued facts. Such lack of advocacy by IAM disappointed many of us. Does IAM perpetuate Hinduphobic ideology under the cover of being secular?

The CC members were very selective in presenting what suited their own convictions and beliefs. With their vested interests, the CC voted to slam India, the largest democracy and a natural ally of the United States in fighting the global terrorism. Ironically, the CC introduced another resolution 20-788, (prior to 20-712) for establishing a due process for resolutions with an international dimension. However, no attempt to delay vote on resolution 20-172 until after such a process was developed. The CC admitted having limited time/resources to fully digest the facts from about 15,000 messages in addition to hundreds of letters/emails, advocating both sides of the complex geopolitical issue. They were overwhelmed with the people voices but still chose to vote uninformed. Why?

The vote outcome raises more questions about the CC motivation than it answers. Why an urgency during the unprecedented COVID-19 when the CC must be engaged about the escalating number of deaths and corona positive patients and the economic challenges faced by the community? Why the limited taxpayers’ resources used in an extraneous resolution which is “symbolic” at best? Why sacrifice our ethos of ‘Minnesota Nice’, community harmony, respect for fairness, equality and equity, and democratic values? Is Saint Paul dreaming to be the United Nation of tomorrow in dealing with issues of international dimension?

The approval of the resolution succeeded in disenfranchising us, violating open meeting law, and missing opportunity and responsibility of remaining objective. The divisive politics may not heal the community for years to come. A positive byproduct is the momentum to unite Hindu minded community. Nationally and globally, the U.S, election in November, depending on who occupies the White House, may change the geopolitics vis a vis India’s leadership with her neighbors and globally. For example, a more balanced China with respect to trade and political might is in the best interest of the U.S. and India. The elimination of safe harbors for terrorists is critical for the global community.

At the outset, many local people ignored the City Council resolution stating, "what's the big deal." It is coming to haunt them. It is not just the deadly COVID-19, a stark example of an increasing interconnectivity and interdependence, but most things are global with politics being no exception. What transpired in Saint Paul, according to informed sources, is not an end of India-bashing but a beginning of many city councils jumping in the fray. India must awake to this new reality with an opportunity to unite NRIs and have them serve as local Ambassadors. To the best of my understanding, India’s Consulate in Chicago was not much help either in relation to Saint Paul resolution. They may also be up for a rude awakening that all local politics can and do impact the Consulate mission. 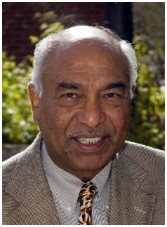