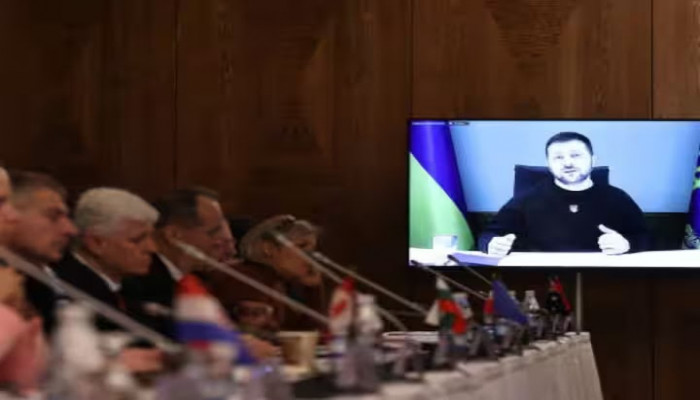 German defence group Rheinmetall could deliver 139 Leopard battle tanks to Ukraine if required, a spokesperson for the company told media group RND. Germany is coming under intense pressure from Ukraine and some NATO allies, such as Poland, to allow Kyiv to be supplied with German-made Leopard 2 tanks for its defence against Russia's invasion.

German Chancellor Olaf Scholz has so far held back from supplying the tanks or allowing other NATO countries to do so. Manufacturer Rheinmetall could deliver 29 Leopard 2A4 tanks by April/May and a further 22 of the same model around the end of 2023 or early 2024, the spokesperson was quoted by Reuters as saying.

It could also supply 88 older Leopard 1 tanks, the person said, without giving a timeframe for their potential delivery, Reuters reported.

Meanwhile, Germany's Foreign Minister Anna Baerbock clarified that she "would not stand in the way" of Poland if it wants to send Leopard 2 tanks to Ukraine. Ukraine has been urging the West to provide them with German-made tanks that they believe would help them defeat Russia.

In an interview with BBC, Ukraine's Foreign Minister Dmytro Kuleba Germany had the power to "save the lives of many Ukrainian soldiers". However, Germany is yet to take any decision and its export laws have stood in Poland's way. On Sunday, Baerbock said Poland had not yet asked for export permission.

"For the moment the question has not been asked, but if we were asked we would not stand in the way," she told France's LCI TV.

Poland's Prime Minister Mateusz Morawiecki said on Monday the government would go ahead and seek authorisation from Berlin. But he noted that Poland would send the tanks to Ukraine, even if it was not granted.

"Even if ultimately we did not get this consent, within the framework of a small coalition... we will still hand over our tanks, together with others, to Ukraine," Morawiecki said.