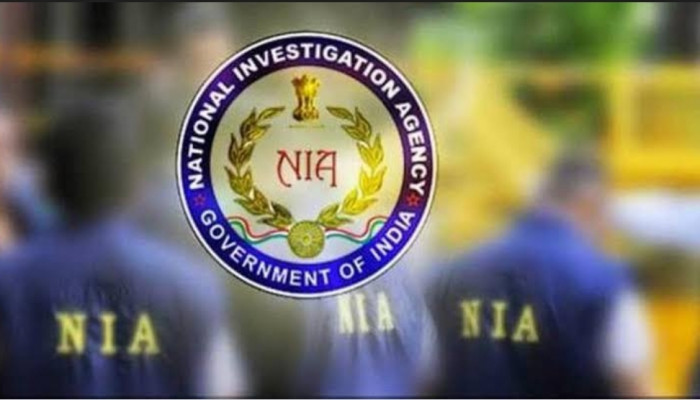 A NIA spokesman said that the agency conducted searches at multiple locations in the Union Territory in the past 24 hours and arrested four terrorists.

The NIA said the arrests were made in a case that pertained to information received regarding the “hatching of conspiracy both physically and in cyberspace for undertaking violent terrorist acts in J&K and other major cities, including New Delhi, by cadres of proscribed terrorist organisations Laskhar-e-Taiba [LeT], Jaish-e-Mohammed [JeM], Hizb-ul-Mujahideen [HM], Al Badr and similar other outfits and their affiliates such as the Resistance Front [TRF], People Against Fascist Forces [PAFF] etc”.

“Preliminary investigation revealed that the arrested accused persons are terror associates or Over ground Workers (OGWs) of various proscribed terrorist organisations and have been providing logistical and material support to terrorists and facilitating them in their nefarious designs,” the NIA stated as quoted by the new Indian express.

"The terror associates/Over Ground Workers of these organisations are conspiring with their handlers and commanders based in a neighbouring country and also indulging in radicalisation of local youth for the purpose of recruiting and training them in handling of arms, ammunition and explosives," the spokesperson said

In another case, a Lashkar-e-Taiba (LeT) terrorist was arrested in connection with the recent recovery of an arms consignment dropped by a drone from Pakistan in a village near the International Border here, a senior police officer said on Tuesday. The recovery included an AK assault rifle, three magazines and 30 rounds.

Irfan Ahmad Bhat, a resident of Verinag area of Anantnag district, had come to Jammu to allegedly receive the arms consignment which was recovered by police from Sounjana village of Phalian Mandal, about 6 km from the border on October 2, Jammu ADGP Mukesh Singh said.