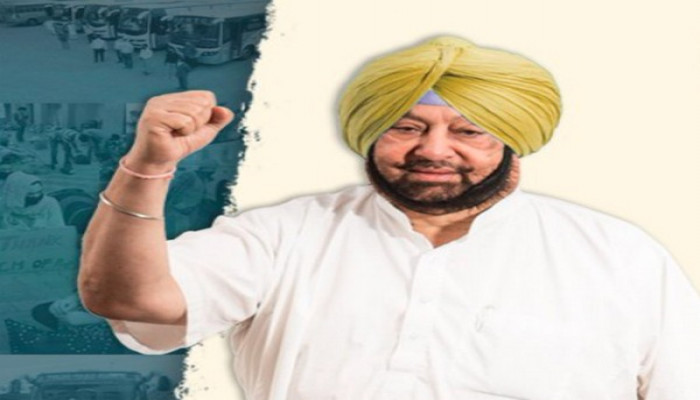 Former Chief Minister Amarinder Singh said that he will launch his own political party and announced that he may ally with the BJP if the farmers’ protest is resolved, along with factions of the Shiromani Akali Dal.

Amarinder had earlier said that he was humiliated at the way he was ousted from the Congress, and that he would quit the party but was keeping his options open.

Amarinder’s media adviser tweeted on behalf of the former Congress CM, “The battle for Punjab’s future is on. Will soon announce the launch of my own political party to serve the interests of Punjab & its people, including our farmers who’ve been fighting for their survival for over a year.”

He added, “Hopeful of a seat arrangement with @BJP4India in 2022 Punjab Assembly polls if #FarmersProtest is resolved in farmers’ interest. Also looking at alliance with like-minded parties such as breakaway Akali groups, particularly Dhindsa & Brahmpura factions.”

Amarinder said his actions would be dictated by the fact that “Punjab needs political stability and protection from internal & external threats”. “I promise my people I will do what it takes to ensure its peace and security, which is today at stake.”

Pargat Singh, Punjab Cabinet minister said, “The cat is out of the bag. I have always been saying that he (Amarinder) was in cahoots with the BJP and SAD. His quid pro quo with the BJP is out in the open. Soon his (arrangement) with SAD will be out also.”

Dhindsa said he had seen Amarinder’s statement, “but so far he has not come with any proposal before party leaders”. “Let him talk to us, only then will we be able to decide. I alone cannot make any decision, rather all the office-bearers of the party have to decide whether to go with his alliance or not.”

Dinesh Kumar, organisational secretary of the Punjab BJP, said, “He (Amarinder) is a senior leader and he was humiliated by his party. If he desires to form his own party and extend support to the BJP, we welcome his decision. Leaders like him have a mass following and parties should know how to give them due respect. It is sad that the Congress insulted such a tall leader who was the face of the 2017 Vidhan Sabha polls in Punjab, and because of whom the Congress got a thumping majority.”