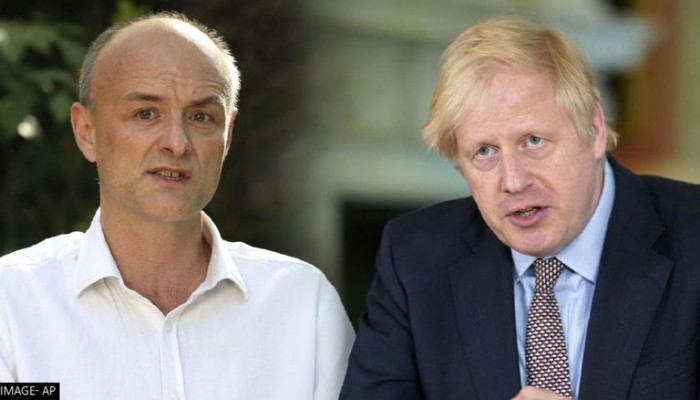 British Prime Minister Boris Johnson lied to parliament when he claimed he did not know of his staff's plans to hold a drinks party during lockdown, his former aide Dominic Cummings has said.

Johnson is already battling damaging “Partygate” allegations that he and staff attended boozy events during lockdowns and a senior civil servant is investigating the claims.

Last week, PM Johnson admitted to attending the BYOB party at the Downing Street garden on May 20, 2020, but maintained that he had no idea it was a social event.

According to a report by the Sunday Times, Johnson had attended the event with his wife despite the strict Coronavirus restrictions which banned outdoor gatherings.

A leaked email from Martin Reynolds, the PM's Principal Private Secretary (PPS), revealed that over 100 Downing Street staff were invited to the lockdown party, The Guardian reported.

However, Cummings published a new blog post on Monday disputing the version. He claimed that he personally informed Reynolds of the event's violation of the guidelines, to which PM's PPS allegedly responded, "I think there should not be any problem so long as it is socially distanced. I will check with the Prime Minister to see whether he is happy to go ahead."

In his blog post, Cummings stated, "Not only me, but several eyewitnesses who discussed this at the time would swear under oath that this is what happened," as per The Guardian. Sue Gray, in charge of the investigation into Downing Street parties, could request for an interview with Cummings regarding the matter, The Guardian reported, citing Whitehall sources.

Cummings said he himself warned the prime minister over the party, saying Downing Street was becoming a “madhouse”, but Johnson “waved it aside”.

“The events of 20 May alone, never mind the string of other events, mean the PM lied to Parliament about parties,” said Cummings.

“The suggestion that the PM was warned (about the party) is not true,” deputy prime minister Dominic Raab insisted to BBC Radio 4, after a presenter said Cummings “threw a grenade in the direction of his former boss”.

Raab told Sky News that “the prime minister has been very clear that’s not true, accurate”.

Presently, Johnson is facing calls to stand down from several senior MPs over allegations of illegal parties during national lockdown measures.