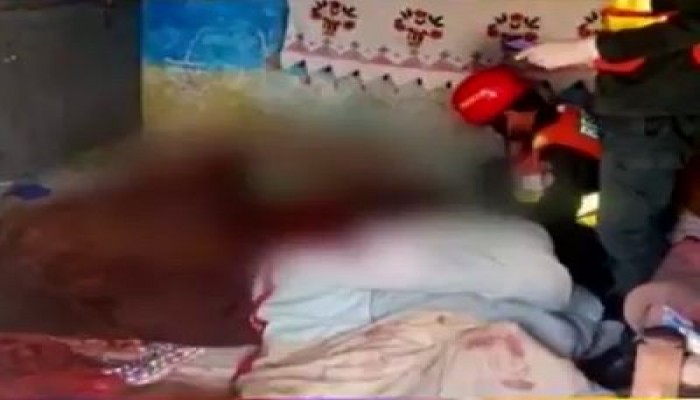 Yet another incident of murderous attack on Hindu family in Pakistan has come to light and the nature of cold-blooded murder has left the Hindu community in shock.

Five members of a Hindu family were found murdered in their house in Abu Dhabi Colony, a short distance away from Rahim Yar Khan city in Pakistan. They were found with their throats slit with a sharp- edged weapon on Friday. The Police are reported to have recovered the weapons of murder which include a knife and an axe.

One of the deceased person Ram Chand was a Meghwal Hindu who was running a tailoring shop for a long time. The 35-year-old was a 'peaceful man, living a happy life', reported ANI.

The incident has sent shockwaves across the Hindu community in Pakistan. The local residents too are in disbelief.

While the police are reportedly investigating the matter further, no arrests have been made in connection with the matter. Atrocities against the Hindu minorities have been on a rise in Pakistan. Last month, a policeman in Sindh province in that country forced a Hindu girl to get converted into Islam before marrying her.

In October, Islamists had burnt down houses of some Hindus in Sindh in order to exert pressure on them to convert to Islam. Rahat Austin had claimed that by carrying out such atrocities, these Islamists continuously try and create pressure on these marginalised Hindus to either take up Islam or have them work as slaves.

Forced conversions and abduction and rape of Hindu women continue in Pakistan while the international community turns a blind eye to the atrocities forced upon the minority Hindu community.