Farm Laws Repeal: The Predicaments of a Supporter 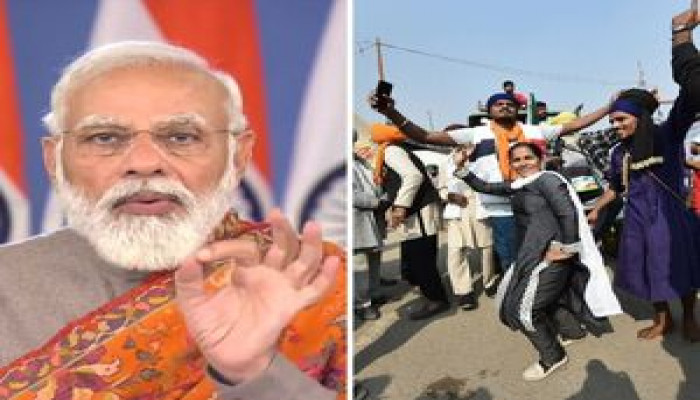 My first reaction after hearing that the Prime Minister has withdrawn the 3 farm bills was of being intensely disheartened. The supporter in me was very sure that there are thousands like me who must have been very demotivated on hearing this news. English TV media exploded in celebrations. Social media exploded in reactions – ranging from how this is a total capitulation to violent forces to how this climbdown was necessitated because of national security implications to how Prime Minister Modi showed exemplary leadership in apologizing to the nation. As the day(s) progressed, most arguments revolved around these points with passionate arguments flying around.

However, as the day(s) progressed, the supporter in me was still trying to search for an answer because (s)he could not fathom the fact that after vociferously defending the intent and content of the laws, we were now left to wondering how to make sense of this decision. Should we applaud Prime Minister Modi for taking a decision in the interest of national security or should we deride Prime Minister Modi for letting this become an issue of national security in the first place?

Any protest that blocks roads, creates ruckus, damages cell towers, raises a flag on Red Fort, murders people, rapes people is violent. These violent protests were restricted to only a particular region whilst the vast majority of the country welcomed these laws with open arms. The media will obviously try to downplay all these events to portray the protests as being the most peaceful ones in the history of the universe. They have already started telling us that anywhere between 700 to 900 people died because of these “protests”. The angst of the supporter in me is that this is how our history books will be written  – that it took 900 people to die for India’s Prime Minister to climbdown – truth be damned. And today the supporter in me feels helpless that such lies cannot be stopped from being published or taught to our children in the future. Because make no mistake, the ecosystem will make sure it happens.

The example of the withdrawal of the Land Acquisition Bill was given at many places. The supporter in me can clearly understand the difference between Prime Minister Modi of 2015 vs Prime Minister Modi of 2021. And therefore, the supporter in me in unable to comprehend that PM Modi could allow himself to be cornered yet again like in 2015, despite having a much better political capital in 2021.

While the supporter in me definitely took solace from how Prime Minister spoke to nation about this issue, the supporter in me is definitely anxious in how this will play out in the future. Will violent protests become a norm? Will the silent supporter have no, or little avenues left to express himself/herself? Will history books falsify data? Another argument going around was that the states are anyway empowered to do this so they will now go the states route. Now, the supporter in me is unable to comprehend how can both the actions (of introducing and withdrawing the bills) be right?

I hope I am being able to articulate the confusion in the mind of the supporter. Course correction must be applauded. If anything, Modi government has given exemplary attention to feedback and made corrections all along its 7 years in power. Infact, this is one of those things that endears Modi to the people of India. However, the supporter is not sure if this event is a course correction in the first place. It’s impossible to predict how the future will pan out but given how the past had panned out, the supporter in me was very sure that Prime Minister Modi will definitely not back down on such a progressive law that he himself had heralded.

The silly references to “masterstrokes” by the detractors are now getting boring though. If anything, the Modi government perhaps has the highest number of actual masterstrokes than any government of similar duration in the history of the country. The supporter in me definitely understands that Prime Minister Modi is the best bet for India and that whilst my angst is understandable, this will not make me move away from applauding, appreciating, and contributing to his multiple initiatives. This decision is definitely a setback to how the supporter in me will react to future such reforms or even reactions by the usual suspects to those reforms. Currently, I am even unable to comment on the laughable comments by leaders of parties like the TRS or the hypocrisy of the telugu film industry regarding this issue– because am sure they will deride me for supporting the laws in the first place!

Knowing the governance style of Modi, am sure lessons have been learnt. But the supporter in me surely didn’t anticipate such a setback. Merely because a few get violent, the majority who is silent should not suffer. The supporter in me sincerely hopes that the future ramifications of this decision are more positive than negative.

PS: No, I am not moving away from Modi! The positives he has done outweigh this by a large margin. It’s just that there is a lesson in this whole saga for all of us, starting from the Prime Minister himself. It would be futile not to acknowledge the lessons we needed to learn!