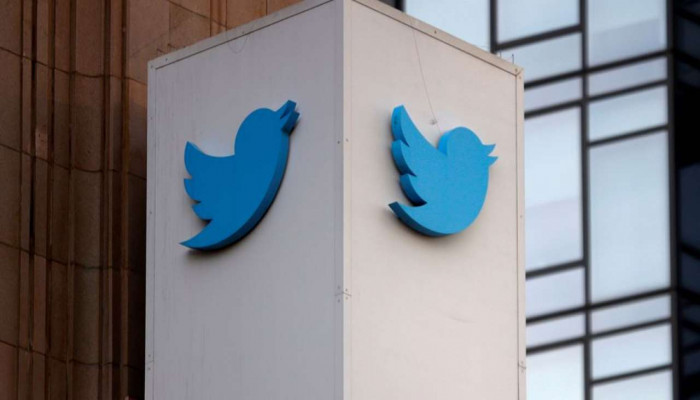 Note: This is the first of a two-part series column where researchers from The Maharaja Sayajirao University of Baroda, Gujarat discuss issues of free speech and expression, fairness and transparency in light of allegations of social media bias around the globe and in India. In this column, they present a brief backdrop to the discourse on bias meted out against conservative users and their opinions on the political-ideological leanings of Twitter. The columns are based on an extensive research study carried out by the authors where opinions of 500 Twitter users in India were sought on the issue of platform bias.

India in the post 2014 era - often labelled as Modi’s India, New Resurgent India, Hindu dominated India, Intolerant and Fascist India by the establishment media in the country and across the globe, has come to be of significant interest to the world at large.  Post the historic victory of Bharatiya Janata Party (BJP) in 2014 and then 2019, the ideological divide between the liberal left and the conservative right has glaringly deepened. On similar lines, the Indian media landscape transformed significantly with the rise of social media spaces for news and information sharing, entertainment and networking. The post 2014 media edifice witnessed the revival of the liberal right intellectual. Mainstream Media (MSM) which offered a dominantly left-oriented prism of analysing events and shaping popular narratives in the country (owing to a lack of ideological diversity); was compelled to respond to the challenges posed by increasing virtual footprints of their ideological counterparts.

The history of post-independent Indian politics has been that of domination by the ‘liberal progressive’ variety represented by Nehruvian socialism and state control over economy; covertly transfused to socio-cultural spaces such as academia, media, civil society organizations, art & culture. A study by CSHN Murthy shows about 60% of media professionals, including academics, opining that in the post independent era, governments under Nehru and Indira Gandhi exercised immense control on the import of newsprint and allotment of advertisements to the media. The national media (precisely the Times of India and The Statesman) customarily toed the government line. Mainstream media newspapers solidly stood by Nehru as unquestioning supporters of the Congress party during crucial events for the Nehruvian regime. This affected the constructivist approach of the media which tilted towards hype and spin-doctoring (Murthy, 2010).

The Indian left received state patronage and was at the forefront of the country’s socio-religious affairs. Veteran journalist J. Gopikrishnan pointed out to 60-70% of mainstream Indian journalists being members of left-leaning organizations like Students’ Federation of India (SFI), All India Students Federation (AISF), All India Students Association (AISA) (I Support India, 2017). A western liberal inclination immediately after independence led to the marginalization of the political right and provided negligible space for the traditionalist, India-centered discourse in the country’s public institutions and public life. This explains the increasing use of social media as an avenue for political communication by the conservative wing in Indian politics, media and academia to express their views.

The steady rise of right-wing leaders across the globe is a notable trend in the past few years. From Donald Trump in the US (2016) to Marine Le Pen in France (2017), to Geert Wilders (Netherlands, 2017) to the victory of Conservative Party’s Boris Johnson in UK elections (2019); the political right is on ascendancy. Literature reviewed for the study conclusively proved that one of the major factors behind the rise of the political right globally is its use of social media. Little gatekeeping, openness in discussion and presence of a multitude of political opinions led the political right to capitalize on social media use (Serrano et al., 2018; Schroeder, 2018; Stier, Posch et al., 2017; Chadha & Bhat, 2019). World over, right-wing political parties, groups and leaders have successfully used social media to challenge erstwhile establishment media, contest the hegemony of ‘Big Media’, make it more participatory and feedback oriented, less elitist and allow common media consumers to voice their opinions on important political issues (Nagarajan, 2020).

Social media has served as the nerve-centre of the battle between the ‘Left’ and ‘Right’ in India. Alternative news and opinion platforms such as Niti Central, Swarajya, OpIndia, Indiafacts that emerged to express alternative ideological opinions were referred to as purveyors of propaganda and misinformation in collusion with BJP’s IT cell by the establishment media. Social media’s prominent role in the current political and ideological discourse in India can be attributed to MSM’s eroding credibility and to the successful use of social media by the BJP in its 2014 election campaign (Ali, 2014).

Backdrop to the Research

Online social media users are now breaking news, disseminating it without the intervention of ‘Big Media’, busting fake news, scrutinizing MSM coverage and even challenging popularly accepted interpretations of historical, political and religious incidents. Twitter is one such important platform for initiating online public debate.  In India, before the micro-blogging site became a potential platform for citizen journalism, digital activism on socio-political issues established its strong imprints as a virtual public sphere; it was mostly used by big corporations and celebrities for brand management and marketing. Twitter served as a means of political mobilization among youngsters during the India Against Corruption movement (2011) led by Anna Hazare, election campaigns in 2014 & 2019 by all major political players and was in the recent past employed for hashtag activism during protests against the Nirbhaya gang rape (2012) and the #MeToo movement in India (2017).

According to data published by Statista Research Department, Active Twitter users in India are estimated to be 18.8 million as of April 2021 (https://www.statista.com/statistics/242606/number-of-active-twitter-users-in-selected-countries/). With the inevitability of social media in political and public life, Twitter is perceived to be a liberal, equalizing and democratic space for all kinds of political opinions. Believed to be controlled by none to having little censorship; Indian Twitter users credit the platform for exposing them to an unconventional political narrative which was marginalized in public memory for a long time in the country’s political history owing to the hegemony of elitist media. In February 2019, however, a group of Indian citizens protested in front of Twitter India’s office against the company’s policy towards right leaning users. This led to the constitution of a Parliamentary Standing Committee (PSC) on Information Technology.

Several Twitter users and influencers pointed out to shadow ban and suspension of prominent right-wing handles, remarked that Twitter was deliberately targeting pro-Modi (read right-wing) handles- like downsizing follower count, delay to accord or withdrawal of the verified status of popular handles (blue tick) and interference in the Indian General Elections 2019. Under this backdrop, the study was initiated with an aim to explore opinions of Twitter users vis-à-vis platform bias towards the right-wing in India and to understand their views on the constitution of the PSC and its role in countering social media bias.

A chunk of the literature reviewed for the study is in the western context since academics and researchers in the west have majorly focused on social media use by conservative political forces. Commentary on the issue in western media is replete with empirical evidence, perspectives and discussions on political developments related to anti-conservative bias that social media platforms exhibit. The study explored opinions of Twitter users about the ideological-political inclinations of the platform in view of several right-wing handles being suspended/shadow banned/restricted by Twitter in the recent past and the PSC summoning Twitter officials for an explanation. An online survey was conducted with 500 Twitter users in India through snowball sampling. The researchers also documented right wing discourse on Twitter bias as expressed by right-wing political leaders, influencers and intellectuals.

As seen below, the authors trace important developments in the discourse around Twitter’s role in India and across the globe and accusations of bias that it faces from several quarters.

In the second column in the series, the authors will present a discussion of results and analysis deduced from primary data collected from 500 Twitter users on the subject of platform bias.

Banerjee, A. (2019, February 13). Priyanka’s blank Twitter account with 1.5 lakh followers is the metaphor for the connection between The Family and India. Retrieved from OpIndia: https://www.opindia.com/2019/02/priyanka-gandhi-vadra-twitter-account-no-tweet-1-5-lakh-followers-dynasty-india/

Dwoskin, E. (2020, May 29). Twitter’s decision to label Trump’s tweets was two years in the making. Retrieved from The Washington Post: https://www.washingtonpost.com/technology/2020/05/29/inside-twitter-trump-label/

OpIndia. (2019, May 1). True Indology speaks out, hits out on the horde of perpetrators who violated his religious beliefs. Retrieved from OpIndia: opindia.com/2019/05/true-indology-twitter-suspension-a-c-joshi/

OpIndia Staff. (2019, October 11). This is nothing but lynching my right to expression: Twitter India forces journalist to delete tweet about Murshidabad murder. Retrieved from OpIndia: https://www.opindia.com/2019/10/twitter-censorship-crime-murshidabad-murder-journalist-forced-to-delete-tweet/

The Hindu. (2021, June 6). Govt issues ‘one last notice’ to Twitter to comply with new IT rules. Retrieved from The Hindu: https://www.thehindubusinessline.com/info-tech/govt-issues-one-last-notice-to-twitter-to-comply-with-new-it-rules/article34736904.ece