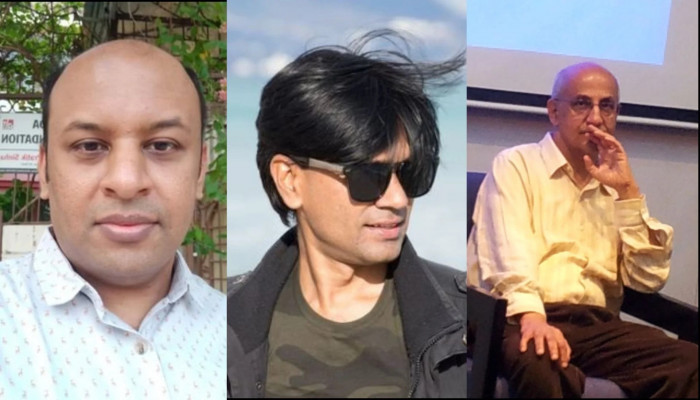 “The worst part of being lied to is knowing you weren’t worth the truth.”

The Nobel Peace Prize is going to be announced at 11 AM, Local Time on Friday. On the 5th of October, that is on Wednesday, The Time came with a piece of news, courtesy Sanya Mansoor, (Originally published on 4th of October, 2022, updated on 5th of October, 2022), headlined- Here are the Favourites to Win the 2022 Nobel Peace Prize. How political the Prize in itself is and how much credibility it has left is defined by many facts associated with the Prize itself. It is named after Alfred Nobel, the inventor of dynamite and other explosives, by virtue of which a French paper called him- Merchant of Death. That apart, the Committee had given the Nobel peace award in 1994 to Yasser Arafat, the chief of PLO, who at one time headed a terror organisation Fatah. Barack Obama who bombed more countries in a given time frame than most US presidents also got a Nobel Peace Prize in 2009, in anticipation of good actions toward world peace. Even the erstwhile Secretary of the Nobel Committee Geir Lundestad later admitted, it was not based on the past track record of Obama but on future hope, and that in that sense Committee did not achieve what it had hoped for.

Barack Obama bombed at least seven Muslim nations after getting Nobel Peace Prize and a Peace Prize coupled with friends in liberal media helped him escape the moniker of an Islamophobe, in spite of that. In any case, some bombings like that of Afghanistan where the Al-Qaeda Chief hid did deserve some tough action unlike today’s America which promotes and supports a self-proclaimed fanatic epicentre of the World, Pakistan.

The fact is that the submission for Nobel Peace Prize is open. Hitler was nominated by a Swedish Legislator in a jest in 1939. Joseph Stalin was nominated twice in 1945 and 1948. So being nominated could be a prank as in the case of Hitler or a propaganda attempt to provide some kind of halo to otherwise shadowy names as in the case of Stalin. Reuters reports that there are 343 candidates running for this year’s prize. As per the will of Alfred Nobel, the prize should go to the person who has done the most or best to advance fellowship among nations, the abolition or reduction of standing armies, and the establishment and promotion of peace congresses. The Reuters article which Sanya Mansoor of Times refers to mentions Navalny, Thunberg and Attenborough as nominated.

The same article however mentions that the list of nominees will not be made public for another Fifty Years. Hoping that the secrecy presumed in the regulation requiring the nominations to be kept locked for another Fifty years is true and not mythical, the names mentioned as nominated must be guesses made by interested parties. The only way, however, for the people to know about the nominations is for the nominators to themselves declare their nominations. Norwegian politicians have off-late started disclosing their nominees and often those nominees have turned out to be winners, which also indicates the political nature of these awards.

These politicians this year have nominated David Attenborough, The WHO which miserably failed in predicting Covid and is yet to come clean on the China angle to the Pandemic which killed millions, Belarussian Dissident Sviatlana Taikhanouskaya, Greta Thunberg who is not heard much these days after Energy crisis precipitated by Ukraine War, Pope Francis (possibly for meeting Putin before the war), Myanmar National Unity Government (which is a government in Exile) and Tuvalu’s Minister Simon Kofe whose speech on Climate change went viral some time back. Tuvalu is a small island nation and is sinking due to rising sea levels.

There is another list, on the basis of which often rumours get floated that is the director’s Shortlist. This director’s shortlist is based on the Director’s own assessment of worthy candidates and does not reflect the possibility of any of the shortlisted candidates winning the award. The PRIO website mentions that the shortlist neither confirms not formally endorses any candidate, and is not in any way based on privileged access to the decision-making of the Norwegian Nobel Committee. The list released by Henrik Urdal (Current Director of PRIO) for 2022 mentions:

-    Harsh Mander and Karwan-e-Mohabbat (this was behind Anti-Hindu Delhi Riots as a climax of Anti-CAA Protests organised to oppose laws giving priority citizenship to pre-partition Indians who are now minority citizens from fanatical, theocratic states escaping due to persecution).

Below this main list, the PRIO page mentions that Mander and his violent organisation are worthy because under Narendra Modi’s Hindu Nationalist administration, the situation for Muslims in India has become increasingly difficult and the country has seen numerous incidents of religiously motivated violence. Having mentioned the names in Director’s list, it also adds, that in the same category combating religious extremism and intolerance in India are Mohammed Zubair and Pratik Sinha.

Obviously, when PRIO speaks of religiously motivated violence in India, it does not refer to Hindus beheaded in the last few months on account of a doctored video released by Mohammed Zubair which has forced a woman in her youth to stay in hiding. Further, contrary to the express will of Alfred Nobel, Zubair created a situation of conflict by provoking a campaign with the same doctored video, many days after the TV debate, out of Muslim Brotherhood nations like Qatar, who in recent past have been beneficiaries of Indian government’s support in COVID pandemic and later during the foodgrain crises precipitated by the white-people’s war in the West.

In a recent international event, a head of state called for Narendra Modi to be in a three-member panel along with Pope Francis to find a peaceful solution to Ukraine war. Narendra Modi is the elected PM of the same Government that PRIO calls the Hindu nationalist Government. I would wish someone had sent mail to Julie Marie Hansen, Advisor to the PRIO director the list of Hindus killed in India in the last few years due to Islamic terror and fanaticism.

In such circumstances, it is safe to assume that in the rare event of this director’s list hitting the target, the only possibility of someone winning it from India is Harsh Mander and his dubious organisation backed by Christian Missionaries. In Norway, any citizen born to one or both Norwegian parents is marked as a Protestant Christian. In that sense, Norway is more of a Christian nation than India can ever be a Hindu nation. Muhammad Zubair’s name is mentioned in passing and is not even in the list. He is not in the disclosed list of nominees.

What is most interesting is that AAP propagandist tweeted congratulating Prateek and Mohammad Zubair. Within hours, Indian media has lapped up the news and leading channels like NDTV, in terms of notoriety if not viewership have given this a tinge of validation. Now the news is that these two men with shady backgrounds, who are not even on nomination list or Director’s list are strong contenders for Nobel Peace Prize.

This serves two purposes, for the detractors of the government, it embarrasses the Government, and for the people concerned, it lends them an aura of fake respectability. Either way, this is media-generated hype about something on the basis of a Kashmiri Journalist’s half-baked report, which does no good to the consumer of this news. I hope some media channels would think about it before jumping on the bandwagon. It shows inherent disrespect towards the readers and viewers if not clear dishonesty.

India Today headlines- Pratik Sinha, Muhammad Zubair among favourites (quotes The Time Magazine) quoting PTI sources, NDTV also cites TIME report, Hindustan Times puts in a report written by Shamita Kar with headline identical as India Today, although she at least mentions that the list of favourites is compiled by Time Magazine. Business Standard also joined the bandwagon without any due diligence and even erroneously added in the sub-headline -The Nobel peace prize is awarded to people “who have conferred the greatest benefit to humankind.

Although the contention of BS is inherently incorrect if one is to look at Alfred Nobel’s will, even to make the greatest contribution to humankind, a digital only medium needs to have that kind of reach. As per similarweb.com, Alt-News is ranked 100,633 in global ranking as against the say, OpIndia.com which is ranked 7736 in global ranking or a SwarajyaMag at 23082. It has 726k unique visits a month as against 5.3 Mn on Opindia and 1.99 Mn of SwarajyaMag, among popular news websites in India. In fact, while conferring the greatest benefit to humankind, its viewership tanked by 38% in the last month.

The fact remains the dubious duo who started shining bright on the skies of Indian journalism since 2014, with unknown or shadowy precedents, are not on any official list of recommended lists. Their name is not even in the Director’s list of favourites, and just finds mention in the body of the article on the PRIO webpage mentioned above. As explained, the process of nomination is quite wide and open and anyone from Hitler to Stalin could get nominated. Whether these dubious characters who created animosity within India and across nations right after a global pandemic are on the list of 343 nominations too will be only known 50 years from now as is the Nobel conventions.

In any case, Sartre with whose quote this article starts declined this award and from India Mahatma Gandhi, in spite of multiple nominations, never got Nobel Peace Prize. Mahatma Gandhi was nominated in 1937 but was declined, some say on account of his inconsistent political policies. In 1947 he was again nominated but was declined, with the advisor to the Committee, Jen Arup Siep wrote on Gandhi with reference to his role in Partition of India and his role in World War II and also because there was a war brewing between India and Pakistan.