Exploring Guyana- From Its Natural Beauty to its Dharmic Side

I’ll admit that, like the majority of Americans, when introduced to delegates from Guyana at a convention held in the US, the first thing (really, the only thing) that I could have said about their country is that a very tragic event transpired some 40 years ago in the jungle that featured a megalomaniac preacher. And believe me, I am much more geographically astute than most Americans. There is a saying that we, in the US, can’t locate a country on a map until our military bombs it. But even for me, Guyana was never really on the radar. I am pleased to report that I did know approximately where it was. But my knowledge pretty much began and ended right there.

Among all the things, I learned over the past few years that Guyana had a sizable Hindu population. Thankfully, attending the annual Hindu Mandir Executive Conference in Trinidad, some four years ago, taught me a great deal more about the region and its ethnic/religious makeup. Meeting several Guyanese at subsequent conferences educated me more and more until at one point a serious offer was placed on the table: the offer to travel across the country on a lecture tour. Always up for an adventure, I agreed without much inner deliberation. I’ll discuss the purpose of the tour in a bit.

I was informed that the trip would be sponsored by a few Guyanese individuals (some residents in the country and some expatriates living in North America) along with my advocacy organization, The Hindu American Foundation (HAF), where I sit on its National Leadership Council.

HAF became interested in studying the situation of their fellow religionists in regions just a bit south of the USA. Though the A in HAF specifically indicates “America,” as in “United States of America” the board and staff agreed that we must not dismiss such sizable populations in close proximity.  So HAF chipped in their part to allow this lecture tour to happen.

I should be clear that this was really a lecture/listening tour. It was much more education for me than it was for those who happened to be in any of the audiences I addressed. If I was able to share anything useful, I am blessed for it.

No matter how beautiful the scenery in any country, it is the people that really make lasting impressions on our lives. When I arrived, I was immediately overwhelmed with great kindness and hospitality. I will say that it was amusing that at airport customs I was asked about the purpose of my trip. My answer was “lecture tour.” The young lady on duty had no idea what I was talking about as if she had never heard of a lecture tour. Asked to explain, I simply told her that I would be touring the country and lecturing at various venues. To simplify things for herself she said, “So you’re here for vacation.” I refused that category and insisted that she should classify me properly. Frustrated, she did.

The first few days of my nine days excursion were spent at The Social Services Center of Excellence in Woodley Park.  This was founded by pandit and educator, Ram Rattan. This is truly a jewel of a place, offering classes for social and individual improvement. Sri Ramji was kind enough to provide me with a room and all meals, as he was sympathetic with the mission of my journey. As a matter of fact, Ram joined me for several of the lectures I gave in that general area. His knowledge of Guyanese and Hindu culture is noteworthy. He currently spends most of his time in Florida but continues to maintain a presence in Guyana.

Naturally, one likes to experience the local cuisine wherever one travels. And what was served to me here never disappointed. While always a fan of Indian cooking, where I live (Michigan), there is a preponderance of Punjabi restaurants. I always appreciate tasting other cuisines from other corners of India. Since so many Indians who became indentured in Guyana were from Utter Pradesh, it allowed me to try new tastes, that too on lotus leaves! It was quite the experience.

One sweet experience was taking the ferry to Essequibo. Everything about it—the water, the beautiful islands, and the wonderful cold breeze, for the first time since I landed, all contributed to a feeling of great content.

I cannot write or talk about Guyana without bringing up the absolutely stunning homes that permeate the county. I could not take pictures fast enough as we were passing through them on the road. What impressed me was the originality of the designs and architecture. I never saw the same house twice. I know that Guyana is not a “rich” country by most economic measuring sticks, but everyone with whom I shared my photos was duly impressed. The same could be said about many of the impressive temples I was able to see and explore.

Speaking of temples, the temples conference I mentioned above, always holds sessions on how the worship experience for Hindus can be improved to draw more people in on a regular basis, not just on Diwali or Janmashtami. I would encourage Hindus from the USA and India alike to take a lesson from Guyana. I was so very impressed with the pujas and yagnas there. I always hear the complaint, “We spend too much time in rituals that few can understand well enough.” What impressed me about the services I attended there are the following :

1)      There is always the presence of an accomplished harmoniumist and percussionist. The power of bhajans creates an aura of true bhakti.

2)      The rituals are briefer than I’m used to. But what takes center stage are the ‘kathas’ delivered by the pundits. Drawing from the stories, mostly of the Ramayana, they engage the devotees in a way that I don’t often see in standard American Hindu temples. There are exceptions here, but they are rare.

3)      It is so frustrating to be in a temple during a large gathering where too many people are engaged in socializing during a puja. I have never been in a church, synagogue, or mosque where the members had to be constantly told to stop talking. It’s an embarrassment when one might have a non-Hindu guest.  But I was at a yagna of over four hundred people one night. It seemed that all eyes and ears were on the pandit when he was holding forth the yagna. They were also very kind to me when I was asked to speak.

Another very bright spot in my trip was visiting Swami Aksharananda’s Saraswati Vidya Niketan. What a wonderful institution. I was quite impressed with the behavior of the children, their rigorous schedule, and the quality of the teachers there. If we could import that level of academic professionalism to the US, we would have a different country.

I didn’t spend much time in Georgetown, but I had a very memorable trip to the Stabroek Market, where I was able to purchase a beautiful gold necklace for my wife from what I was told was the most venerable jewelry merchants in Guyana. I was warned that this was not the safest place for a white foreigner, but I was fortunate to have Swami with me to help navigate the situation.

As to the purpose of my trip and why I was offering lectures at various venues, I was on a very special mission. As mentioned earlier, HAF partnered with local organizations to have me investigate the challenge that the Hindu community is dealing with in the form of what we call predatory conversion. While acknowledging the sanctity of a person’s decision to move from one religion to another, we know that some religious organizations use methods on individuals and communities to persuade them to adopt a religion they wouldn’t normally join if not given pressure of some sort. This coercion can come in the form of bribery, medical aid, professional gains, etc. So, my work was to interview those people who have been affected by these tactics and lecture on taking pride in one’s Hindu identity. It was thought that an American, who did, in fact, leave the birth religion of his own accord to embrace Dharma, might have a point of view that would have a positive impact on the devotees who might be dealing with this challenge at present.

In my conversations with Guyanese-Canadian writer and activist, Ram Sahadeo, we discussed a lecture tour I completed back in 2005. It was then that I crisscrossed much of India’s northeast states, speaking at local temples, schools, and public venues in an attempt to resist the rampant predatory conversion practices that permeate the cultures there. Ram wanted that same kind of energy to be created in Guyana.

I’m pleased to say that there seemed to be much interest and goodwill in our mission. Several good connections were made and many ideas were discussed in how to combat this problem in the most Dharmic way possible.

What will happen from this point on is still being considered. A report to my colleagues has been submitted. We realize that the bulk of the work needs to come from the Hindu citizens of Guyana for any movement to be successful. HAF has to decide exactly how and where we might fit into this effort. I can only leave you with my impressions and the hope that Dharma will prevail. 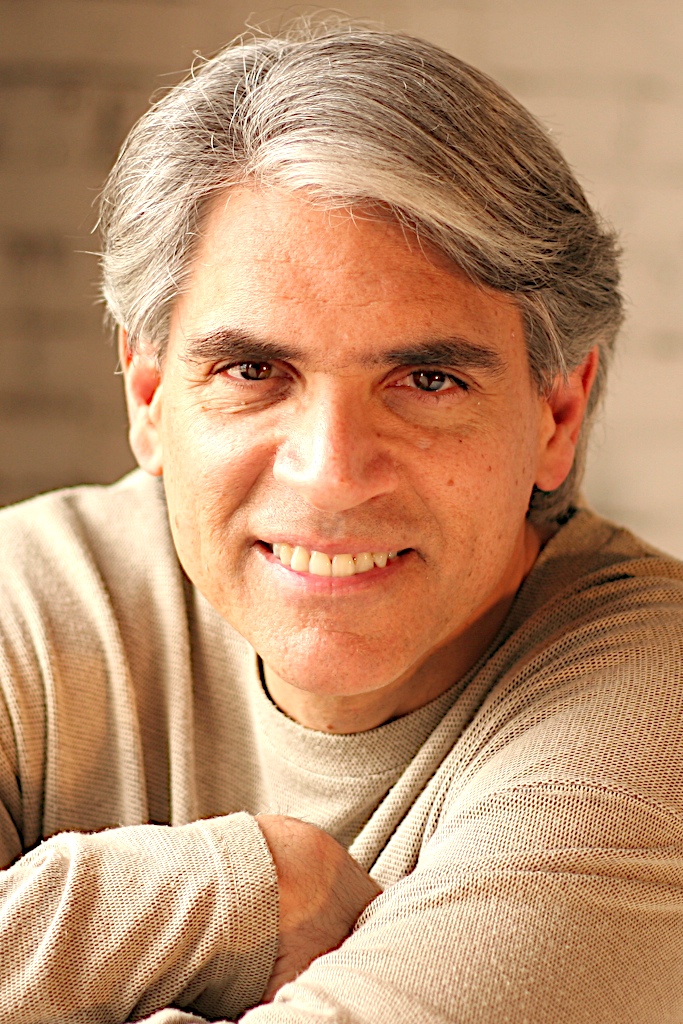