Expansionism, the Cultural DNA of China: The Curious Case of Cambodia 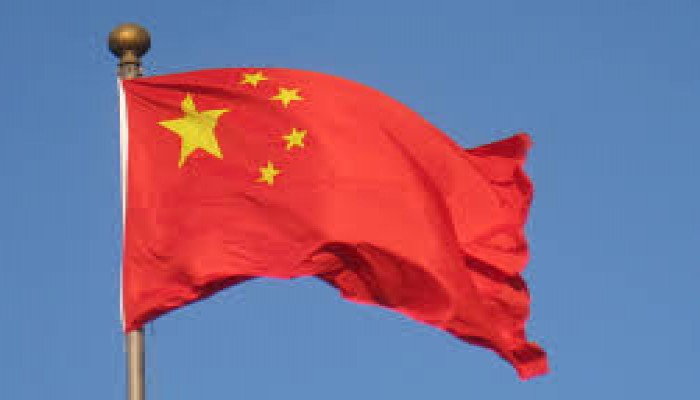 Giving wings to its super ambitious, “national rejuvenation” centenary goal, China is quietly preparing ground to establish a sphere of influence in East Asia.  Striving towards the great-power status, China is attempting to reshape, alter and redefine the existing World view to foster its interests. While overtly formulating the core concepts of “non-interest, non-confrontation, mutual respect and win-win cooperation”, universally accepted principals for a peaceful and stable World order, Beijing has been diligently giving shape to traditional, “tributary system”, the core of its Cultural DNA. This system has been a quintessential way to exercise hegemony.

Indeed, the Chinese leaders are no more dismissive calling this system the “natural order” alludes Gordan G Chang, author of The Coming Collapse of China. Firmly believing in “tian xia” meaning “All under Heaven” patronised by one Emperor, appointed by well-defined principles of an order, who is centre of the system and all others as subordinates, China is cultivating vassal states; most of them immediate neighbours with an underlying paradigm of “neighbours should trust China to lead and to do the right thing”1.

Close on heels, addressing tri-services at Longewala on the occasion of Deepavali, making no effort to conceal India’s exasperation with China, Prime Minister Modi said, “Today, the world is troubled by expansionist forces. Expansionism is, in a way, a mental disorder and reflects 18th century thinking. India is also becoming a strong voice against this thinking”2. While Modi refrained from taking Beijing’s name, his intended message coming days after the conclusion of eight round of commander level talks is an unambiguous indication.

For over six months India and China are locked in fierce stand-off. After the November 6th talks, both countries have agreed to restore the statusquo ante along the LAC. China agreed to go back to finger 8th at the Pangong Tso region and remove all the temporary structures between Finger 4 and 8. Both parties agreed to keep this region, “non-patrolable” for foreseeable future. Reports suggested Chinese willingness to a three-step comprehensive package of de-escalation, disengagement and de-induction by April 2021. As has been the precedent, China rejected the claims and indirectly lent credibility to the report.

The current logjam and the 2017 Doklam stand-off have reinforced global narrative of China’s unquenchable expansionism and a propensity for penetrative salami slicing. Given China’s past history, India has adopted the basic premise of “distrust and verify”.

China’s aggressive hegemony in the South China Sea, 99-year lease of Sri Lanka’s Hambantota port, attempts to position along the SLOCs through a base in the Maldives, sneak entry into Myanmar, Bangladesh through enticing connectivity projects, development of sea ports at strategic geographic locations like Piraeus and the first officially declared military base in Djibouti have only mirrored Beijing’s expansionist agenda. These expansionist projects are an off-shoot of the China’s tributary system referred to as Cefeng System.

The CPEC, the crown jewel of BRI which exposed the Sino-Pakistan collusivity and its nefarious anti-India agenda is the closet example of the Chinese Tributary system, wherein the neighbouring countries complied with Chinese authority and sought peace, relations in military force, trade, diplomacy and ritual. To date, the Sino-Pakistan relationship effectively ticked all these boxes, the kind of subordination of Pakistan towards Beijing and their dubious encirclement of India has unravelled the relaunch of Chinese version of Confucian World Order. Similar to the Sino-Pakistan, “all weather-friendship”, which is threatening the peace and security in the Indian Ocean Region, China-Cambodia iron-clad relationship is now posing threat to American interests in the South East Asia.

While the Pakistan-China “all weather-friendship” is well documented, the implications of Cambodian Prime Minister Hun Sen’s steady march into Chinese orbit went rather unnoticed. Like Pakistan, which refused to suspend flights flying to China after the Corona outbreak, in a testimony to growing friendship, Cambodia imposed no restrictions on Chinese arrivals. Even as the World shuddered the pandemic, as an apparent message, Hun Sen flew to Beijing in February 20207. In the face of growing criticism from the US and other European countries for brazen human rights violation to consolidate his authority President Hun Sen has turned to China. Enthused by China’s no pre-set conditions for economic investments, Cambodia welcomed Beijing with no holds barred approach.

Building on historical cultural, economic ties and their congruity to the communist ideology, both countries fortified ties. The trajectory of ties reached new heights since 2013 with a marked uptick in investment flow under the BRI. As of 2019, FDI from China and Hongkong accounted for 62%. China’s presence in Cambodia soon began ubiquitous accounting for highest number of tourists and investments in tourism sector. With the lucrative Cambodian properties up for scale in Renminbi, Chinese International Travel Service through its extensive network of casinos, malls, high-end restaurants, eventually dominated the tourism sector, the mainstay of Cambodian economy. Firming up the air connectivity, Chinese tourism and aviation sector monopolised their presence in the Cambodian tourist destinations.

Besides property development, pursuing weaponizing water agenda, China established hegemony over the Mekong River basin, the life line of Cambodia. China’s SOE’s constructed eight hydroelectric dams which besides changing the course of the river and depleting the marine life has cause major ecological degradation.

The influx of Chinese money and its fall out has become more pronounced in the sleepy town of Sihanoukvilla, located next to nine Chinese SEZs and adjacent to America’s Ream Naval Base. Instructively, nearly 90% of businesses in the town are Chinese-owned. The town which is veritable hub for gambling has turned into an attractive tourist destination. Nearly all jobs are held by Chinese and the Cambodian are shunted to fringes. Having ceded control to Chinese, Cambodian authorities have virtually lost control over the town, crimes rose, disorder prevailed, infrastructure was torn apart. With no conditions on investments, lakes were turned into dumping yards. Consequently, floods became common.

Co-opting China, Sen banished opposition, throttled the voices of civil society, press and democratic agencies and garnered every single seat in legislature in the elections. Barring China none of the Western democracies welcomed the electoral verdict. Shortly, Xi announced $600 million grant-in aid to Cambodia 3. Having ceded so much space to China, Cambodia helplessly watched Chinese takeover of the strategic geography of Sihanoukvilla.

Drawing strength from China for its political and economic legitimacy, Sen began to kow-tow China. The elites and even the Royal family are beholden to China. Clinging onto the Chinese loyalty, elites made a fortune by turning a blind eye to China’s mercantilist and predatory practices.

Reciprocating China’s support, Cambodia sided with China on international platforms and voted in favour of China at the UN. Eventually, China used Cambodia to effectively, undermine the ASEAN solidarity and unity. By vetoing joint communiques critical of China since 2012, Cambodia has been serving Beijing’s interests. Speaking at the ASEAN Summit during the pandemic, Sen stated, “we have to avoid racial discrimination and the attitude of blame game”4. While in the face of it, it appeared innocuous, he has been defending China indirectly. Similarly, Cambodia has been torpedoing regional interest to pander to China through the Lancang-Mekong Cooperation Forum. To honour “One China” policy, Cambodia even banned public display Taiwanese and Tibetan flags8.

Aside the political and economic cooperation, the deepening military ties is concerning. Notwithstanding the pandemic, both countries conducted Golden Dragon joint military exercises which began in 20165.  Back in 2008, Cambodia leased 45,000 hectares of Dara Sakor economic zone in Koh Kong province, 50 km from America’s Ream Naval Base for 99 years to Tianjin Union Development Group. American authorities are now alarmed by the sprawling run way, which is larger than required for commercial flights and the port facilities of Dara Sakor6.

Under the garb of connectivity, China has been successfully furthering its military infrastructure across the globe. Despite Beijing’s plausible deniability, Gwadar and Dara Sakor are a testament to China’s ulterior motives.

Despite simmering discontent towards China, the longest serving ruler of Cambodia continues to mollify China to remain in power. With China effectively shielding the despotic regime from pressures of international community, Sen even initiated FTA negotiations in 2019 and concluded the agreement in 2020 making it the destination for China’s industrial over capacity. The corrupt regime at the helm of affairs has turned Cambodia into a vassal state of China with no qualms. Being hand in glove, seizing the opportunity with both hands, China established foot hold in Cambodia. Making the best of Cambodia’s strategic geography, China is affecting strategic calculus of Thailand, Vietnam, Singapore, Malaysia and Indonesia.

Acknowledging Cambodia’s solidarity and friendship, Xi presented a Friendship Medal, China’s highest honour to Queen Mother Norodom Monineath Sihanouk during the Royal Couple’s three day visit to Yunnan City9. Days after this development, Centre for Strategic and International Services reported the demolition of another building at US Naval facility in Camobodia.

Last year, Cambodia turned down US offer for repair, and The Tactical Command Headquarters (TCH) of the National Committee for Maritime Security (NCMS) at Ream in October. Initially, denying any reports of Chinese involvement, Cambodia announced further plans to expand and relocate the base 10 to Koh Preap Island. But as tensions between US and China intensified after Taiwan announced the presence of US troops on its soil to offer training, China might have prevailed upon Cambodia to demolish the building.

Ending these speculations, Cambodian Defence Minister clarified the second demolition and confirmed reports of secret deal of allowing the Chinese to use a part of the Ream Naval base for 30 years11. China strategic presence in the Gulf of Thailand will gave a major fillip to expand its surveillance and patrolling in South China Sea (SCS).

China’s dangerous expansionism under the garb of ‘peaceful rise’ has been a myth. These inimical developments in countries like Cambodia are an extension of the Confucian World Order, the World fails to comprehend at its own peril.