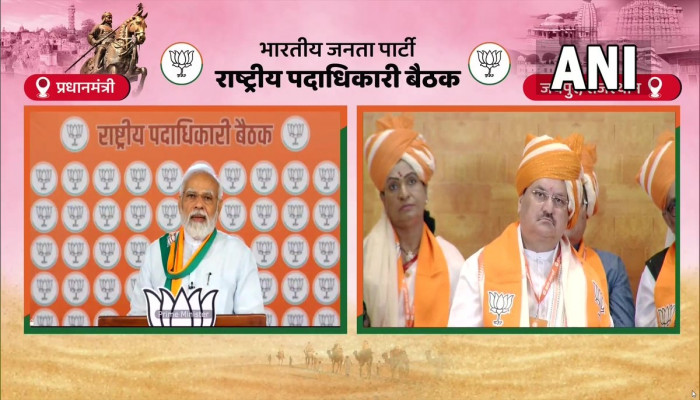 Prime Minister Narendra Modi on Friday reacted to the ongoing language row in the country and said that BJP sees a reflection of Indian culture in every regional language and considers them worth worshipping.

Modi’s comments came at a time when his party and supporters have drawn criticism for their push for Hindi and calling it national language. "In past few days, we have seen that attempts are being made to spark controversies on the basis of languages. BJP sees a reflection of Indian culture in every regional language & considers them worth worshipping", PM Modi said.

"We have given importance to every regional language in NEP", the PM added. “Prioritizing local languages in the new National Education Policy reflects our commitment to each regional language. The BJP considers Indian languages to be the soul of India and a link to a better future for the nation,” he further stated.

Addressing the BJP's national office bearers' meeting in Jaipur via video conferencing, Modi asked the party leaders and workers to launch a campaign to ensure that no poor, eligible beneficiary is left out of the government's welfare measures.

Modi said that eight years have been of fulfilment of the expectations of small farmers, labourers and the middle class.

The BJP government post-2014 has restored the faith of the people in the government, its systems and its delivery mechanism, that had been lost earlier, the prime minister added.

Modi said the world is looking at India with great expectations today.

In an apparent swipe at the Opposition parties, Modi said some political parties keep looking for small incidents of tension to inject poison for their selfish interests.

"Attempts will be made to deviate you from the country's development issues but you have to stick to them," he told the BJP leaders and workers.