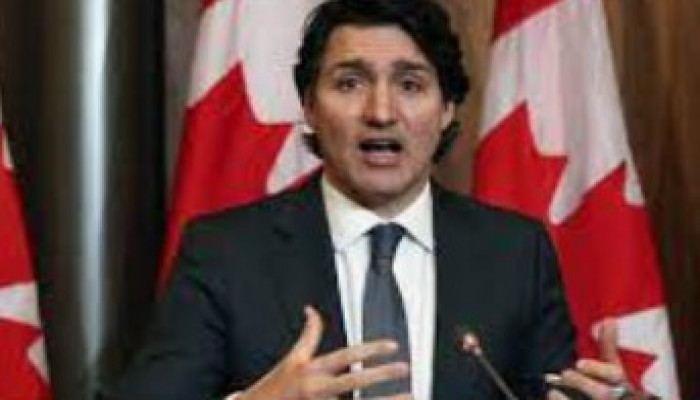 The Canadian Hindu Chamber of Commerce (CHCC) is a group of entrepreneurs who have formed the organization aimed at uniting Canadian Hindus and their economic interests. Canada's Prime Minister Justin Trudeau welcomed the formation of the CHCC by delivering a message to the Chamber's founders on the Chamber's inauguration day.

In his message, read out by Liberal Party MP Chandra Arya, Trudeau said, “The Hindu community has made important contributions to the Canadian business landscape and I’m sure the Chamber of Commerce will become an indispensable forum for representation, development and improvement.”

Several states in India, Bangladesh, Sri Lanka, as well as various parts of Canada are represented in the board of the Chamber. This organization will represent the businesses of members of the community who have immigrated from the Caribbean, Nepal, Pakistan, Southeast Asia, among others.

According to the organisers, the objective of the Chamber is to provide "unified and effective representation" for Hindu businesspeople. Erin O'Toole, leader of the opposition and of the province's Conservative Party, and Doug Ford, premier of Ontario, also congratulated the CHCC on its creation through video messages.

Amid "exceptionally challenging" conditions caused by the Covid-19 pandemic, Trudeau commended the organisers for their tireless efforts in putting together CHCC. Naresh Chavda is the president of CHCC and is based in Toronto.

The inaugural event was held virtually due to the recent covid wave. Members of government from three levels participated in the event, including MPs Arya and Melissa Lantsman, Ontario's Associate Minister of Small Business and Red Tape Reduction Nina Tangri, and Mississauga councillor and former provincial cabinet minister Dipika Damerla.

Earlier, India and Canada were connected as business partners. They have a chamber named Indo-Canada chamber of Commerce. Established in 1977 as a non-profit, non-partisan organization it facilitated business and trade opportunities between Canada and India and the Indian diaspora throughout the world. They work closely with smaller and medium sized businesses providing members with a forum for networking, sharing ideas, information and experiences in order to promote mutual business success.

Prime Minister Narendra Modi's visit to Canada in 2015 generated business worth more than 1.6 billion Canadian dollars, according to official figures released by the Harper government in Canada.