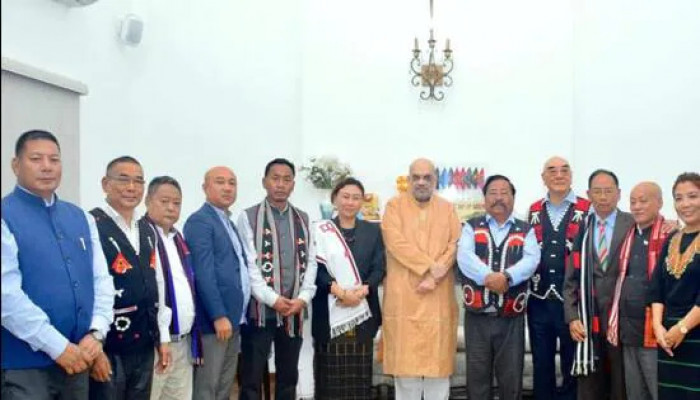 In a landmark development that was hailed by an apex Eastern Nagaland-based body as "a very successful" meeting, Union Home Minister Amit Shah assured the delegation that time-bound steps will be taken to address the grievances of the far-flung region.

He assured of taking multi-pronged time-bound strategies to address the people's grievances.

The ENPO statement said Shah highlighted “a clear road map for an amicable, legislative and sustainable solution for eastern Nagaland”, which will include consultation with the people of the region and the state government.

The group, which represents seven tribes from six districts of eastern Nagaland, has been demanding since 2010 that the Centre carve out a separate state, “Frontier Nagaland”, from the state’s eastern part on the ground that this region hadn’t seen much development for decades.

Eastern Nagaland, the native home of the Konyaks, Sangtams, Changs, Phoms, Khiamniungans, Yimchungrus tribes, was included as part of the Nagaland state by way of the 16 Point Agreement inked in 1960.

The organization has submitted several representations to the Centre and recently threatened that its supporters will abstain from participating in any election process if the central government doesn’t address its demand.

These seven tribes have stayed away from this year's annual tourist extravaganza of Hornbill Festival being hosted in Kohima.

Some community leaders say the gesture could be interpreted as Eastern Nagaland's lack of trust in the Rio government.

The state assembly elections are due early next year.