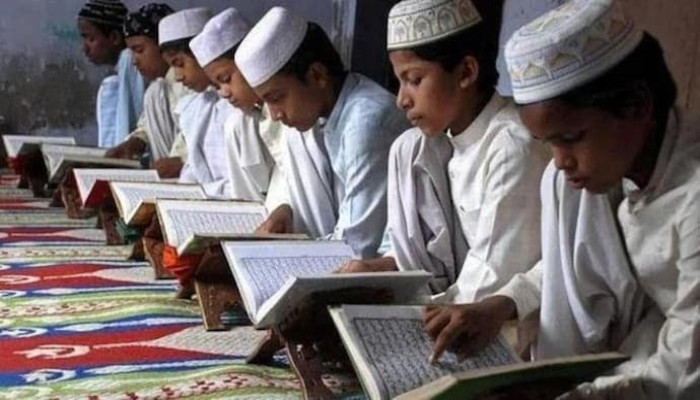 "The state government is trying to rejuvenate the madrassas. The dress code will be implemented from the next session in all 103 madrassas under the purview of the Waqf Board in Uttarakhand. NCERT books will also be implemented in all madrassas," Shadab Shams was quoted by ANI as saying.

"There is also preparation to run madrassas along the lines of modern schools. In the first phase, 7 madrassas will be made modern, two in Dehradun, two in Udham Singh Nagar, two in Haridwar and one in Nainital," the Waqf Board Chairman said.

Shams had made a strong pitch for providing modern education in madrassas after taking over as the state Waqf board chairman. The development comes a month after Waqf Board chairman Shadab Shams had suggested that a committee is expected to be formed soon by the state government to survey all madrassas in the state.

In October, madrassas in Uttarakhand were ordered to get themselves registered with the state education department within a month or face closure.

"Madrassas have been served an ultimatum to register with the state education department within a month. If they fail to meet the deadline, steps will be taken to shut them," Uttarakhand Social Welfare and Minority Welfare Minister Chandan Ram Dass had said.

An estimate suggests that Uttarakhand has more than 500 registered madrassas, out of which around 400 are under the state Madrassa Board and 103 under the Waqf Board. The state government estimates that there are around 400 more madrasas and they remain unregistered.

Uttarakhand Chief Minister Pushkar Singh Dhami recently underlined the need to conduct a survey of madrassas amid allegations that the grants given to the madrassas were not being appropriately utilised.