Do Pawan Kalyan and other politicians in Andhra Pradesh owe an apology to the people for making misleading and divisive statements about the BJP? 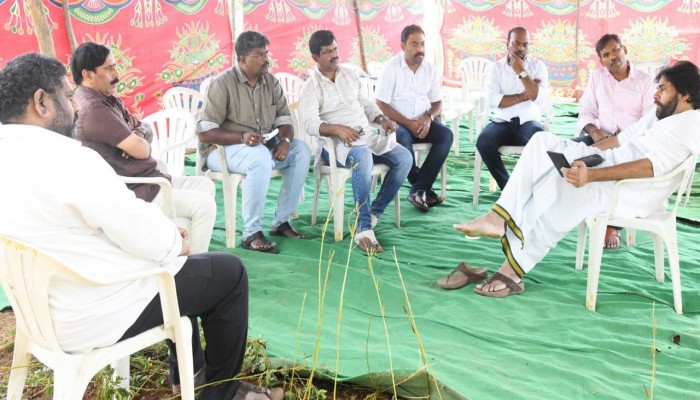 Ever since Modi won a resounding mandate in May 2019, many politicians from Andhra Pradesh were making a beeline to join the BJP! The first major jolt to TDP came when 4 out of their 6 MPs in Rajya Sabha decided to merge the TDP RS unit into the BJP. Since the 2/3rd criteria was met, this happened seamlessly. Slowly, many spokespersons of the TDP started to jump ship into the BJP. And finally on January 16th 2020, popular actor Pawan Kalyan led Jana Sena party and the BJP had announced an alliance to contest all future elections together.

It is often said that there are no permanent friends or foes in politics. So one doesn’t need to be surprised when such political ‘realignments’ take place. However, many of these joining and alliances have come as a major shocker to me.

When political parties fight against one another, it is quite common to throw around allegations of corruption, nepotism, hooliganism etc. However, the viciousness with which many telugu politicians (especially from TDP, Congress, Left and the Jana Sena) spewed venom on BJP and Modi had to be heard to be believed.

For example, Pawan Kalyan was the first politician to pick on the fraudulent “North vs South” divide that the radical left publication The Wire had published. While most of the regional media was parroting this insane argument, this was countered only on MyIndMakers! Infact this search link provides you with many instances of how Pawan Kalyan sought to spread North-South divide.

Pawan Kalyan went on to even hold meetings with intellectuals to justify this blatant divisive politics. He even setup a “Joint Fact Finding Committee” which miraculously decided that Centre owes AP nearly 75,000 crores! At every available opportunity, Pawan Kalyan thundered about the ‘step motherly treatment’ that Modi was meting out to AP. Here in this video, he is even claiming that he will die but will never merge with the BJP (Even if you don’t understand the spoken language, you can clearly understand the emotions from his body language).

What changed from May 2019 to now that Pawan Kalyan has changed his mind? The BJP did absolutely nothing new from what it was doing earlier. Why should Pawan Kalyan not apologize to the people of AP for grossly misleading them in the runup to the 2019 elections? Why were such high emotions and highly divisive politics fanned out before the 2019 elections? Why didn’t saner sense prevail at that point of time?

Or take the example of spokespersons like Lanka Dinakar or Yamini – these people were at the forefront of vicious lies against the Modi government. Lanka Dinakar used to take copies of The Hindu to TV debates to argue about the alleged Rafale scam. His emotions are there for all to see. The biggest shocker of all was RS MPs Sujana Chowdary and C.M.Ramesh. Sujana Chowdary was a minister in Modi’s cabinet and has commented that he has repeatedly reminded CBN of how AP was not being given any respect; press conference after press conference talking about how “Modi betrayed AP”; even questioning the 10% reservation to EBCs!. These people were believed to very strong Chandrababu Naidu confidantes. And hence the strong rumor going around that it was CBN who sent them into the BJP!

Even Chandrababu Naidu’s recent overtures are unpardonable. We had recently written about this topic so no point in dwelling further on this. Day in, day out, all they did was to spew unbelievable venom on BJP in general and Modi in particular. The most upsetting part of all these turncoats is how they don’t seem to realise the extent of their lies and fraud on the people of AP. Maybe the results of the AP Assembly in 2019 would have been different if they didn’t resort to such lousy divisive politics and unhealthy display of emotions and language.

This post is not discussing the advantages or disadvantages of Pawan Kalyan’s alliance with the BJP (though I strongly believe that Pawan Kalyan is too much of a maverick to stick to one stand). Or this post is not about whether BJP is right or wrong in accepting such folks who heaped so much abuse and lies on it. This post is to demand that all these politicians of Andhra Pradesh, who are jumping ship into the BJP, must at the very least apologize to the people of Andhra Pradesh for perpetrating strong lies and furthering an extremely divisive discourse in the media and general populace.

Andhra Pradesh politics would have perhaps been very different today if all these leaders behaved responsibly and furthered a much mature discourse than what they spread. These politicians must apologize to the people of Andhra Pradesh.