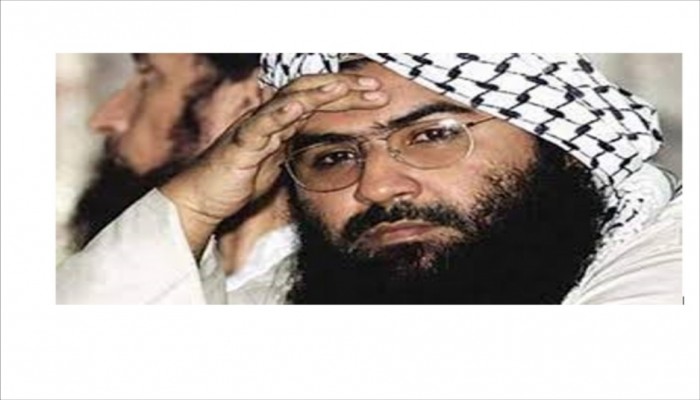 On May 1st UNSC 1267 ISIL (Daesh) and Al-Qaeda Sanctions committee proscribed JeM (Jaish-e-Mohammed) chief, and master mind of Pulwama attacks Mohammed Masood Azhar Alvi. This brings down the curtain on a decade-long India’s dogged diplomatic efforts to black list Azhar. This diplomatic effort is no mean effort and holds testament to India’s diplomacy of persistence. Ironically while JeM, was listed just days after the suicide bomb attack on the Jammu and Kashmir legislative building on October 17th 2001, the key architect Azad escaped sanctions. After the 26/11 strikes India submitted a resolution to the sanctions committee seeking a ban on Azhar in 2009. But ever since China frustrated India’s efforts by imposing a technical hold seeking further time and more evidence. It blocked the proposal to blacklist Azhar in March 2016 and extended it to October 2016 and November 2017. After the dastardly Pulwama attacks, when the nuclear powers of the subcontinent, India and Pakistan were at the brink of the war on March 13th, US, UK and France moved a proposal to ban Azhar of JeM which claimed responsibility for Pulwama attacks. China once again scuttled these attempts in favour of “all weather friend”. This hold delayed the decision by six months. India expressed disappointment but it hasn’t castigated and directly named China in the official statement.

To call the bluff of China, which has been shielding Pakistan and its strategic asset, Azhar. On March 28th, P3 members led by France and supported by the US and UK circulated a draft to the UNSC to blacklist Azhar. Miffed by China’s roadblock, P3 members have decided to sought the intervention of UNSC. With the issue now in the jurisdiction of UNSC, China’s stand in terrorism has come under scrutiny. The US in the meanwhile intensified pressure on China to act. But China hit back at the US “for threatening to use all resources at its behest to designate Azhar as a global terrorist”. While the whole process has been unfolding over ground, behind the curtains, India has intensified its diplomatic parleys. On April 17th, Chinese foreign minister spokesperson said, “On the issue of listing of Masood Azhar, China’s position remains unchanged. We are also in communication with relevant parties and the matter is moving towards the direction of settlement”. He added, “This issue should be resolved through cooperation and we don’t believe that any efforts without consensus of most of the members will achieve satisfying results”.

On April 22nd, days before the inauguration of second BRF (Belt and Road Forum) Indian Foreign secretary, Vijay Gokhale travelled to Beijing. He held consultations with Chinese Vice Foreign Minister, Kong Xuanyou and shared the details of the terrorist activities of JeM and met Chinese foreign minister Wang Yi. Delinking Masood Azhar issue with India’s bilateral ties with China, India participated in the International Fleet Review at Qingdao reposing faith in seeking good relations and cooperation with China. Interestingly, Pakistan was conspicuous by its absence. Defence Minister Nirmala Sitharaman met Chinese Defence Minister at the SCO Defence Minister’s Meet in Bishkek. After US announced that it will no longer extend the waiver given to eight countries on Oil imports from Iran, news of India and China getting ready to form Oil buyers club surfaced.  Adhering to the spirit of Wuhan, India kept the doors of cooperation open for China. In the process, China was compelled to to prioritise its bilateral ties with India over “all weather friendship” with Pakistan. With global pressure building up and all nations in UNSC extending unequivocal support to India, Beijing was forced to take a call. Beijing’s refrainment from raising any objections after the deadline for “silent period” on May 1st surprised the international community in general and India in particular.

Relenting to international pressure, China foreign ministry stated, “after careful study of revised materials and taking into consideration the opinions of relevant parties concerned, China doesn’t have objection to the listing proposal”. For long, China used Azhar’s issue as a bargaining chip in their negotiations with India. But the burgeoning infamy of the Pakistan’s terror operatives and their brutal attacks has always raised disquiet among nations. Azhar issue became albatross around China’s neck especially after Pulwama attack. China’s repeated technical holds began to weigh down its international reputation. Indonesia, the chairman of the UNSC 1267 committee formally made the designation and France, President of the UNSC forwarded the proposal. Together, all countries big and small bolstered a zero-tolerance policy towards terrorism. An international ban on a state-sponsored terrorist through concerted global action will serve as a stern warning to countries and extremist forces that abet terror. Synergistic global action against terrorism in the aftermath of the gruesome Sri Lankan suicide bomb attacks adds momentum to the India’s counter terrorism campaign as well.

Pakistan, the fountain head of terror in the subcontinent escaped international censure and sanctions due to Chinese cover till now. Despite Pakistan’s repeated attacks on India, persuaded by international community India refrained from escalating tensions. But after the Pulwama attacks, India apprised the nations of Pakistan’s perfidious terrorist infiltrations and stubbornly asserted its right to hit back on terror havens. Countries even defended terror strikes on Balakot, the breeding ground for terrorists. Reiterating its Zero-tolerance towards terror, India refrained from escalating the situation despite failed Pakistan’s retaliatory strikes on its military installations. Simultaneously, India mobilised diplomats to hold discussions with countries towards blacklisting of Azhar. India’s crafty diplomacy, dogged pursuit and relentless efforts had reinforced its commitment towards extricating cross border terror perpetrated by Pakistan.

While P3 nations threw their weight behind the proposal to hammer out an agreement consensus of China is essential. Being non-permanent member of UNSC India which is not on the committee worked through diplomatic channels to get China on board. With South Asia reeling under the terror attacks, cognizant of dire implications, China tactically changed stance to save itself from the eventual isolation.

Though China obliged to lift the hold it argued that Pakistan has made, “enormous contributions to fighting terrorism, which deserves the full recognition of the international community”. Beijing also assured Pakistan of its support in combatting “terrorist and extremist forces”. Islamabad which always revelled under the umbrage of Beijing, even after the international embarrassment began to celebrate the absence of any reference to Pulwama attacks. Pakistan’s foreign Minister spokesperson said, “The current listing proposal has been agreed after all political references, including removal of attempts to link it with Pulwama and maligning the legitimate struggle of Kashmiris in IOK for realisation of the right to self-determination”. Losing no time, Pakistan trolls mocked India’s diplomatic victory and India’s “liberante” who refuse to bestow the credit to Modi government picked up Pakistan’s shoddy narrative to undermine India’s huge diplomatic success. It must be understood Azhar’s case has been pending before sanctions committee since long and Pulwama attacks has strengthened the resolve of nations to unanimously blacklist him.

Azhar’s designation as a global terrorist has lend credence to India’s claims of Pakistan being a state sponsor terror. The long arduous trail in blacklisting Azhar exposed complicity of China in state-sponsored terrorism and its transactional nature. Reports now suggest that Beijing demanded India’s support for BRI in return for withdrawing its technical hold. India refused but refrained from making any damning statements that would dent the credibility of BRI before second BRF summit. The US, France and UK which intensified propaganda for banning Azhar blithely used this opportunity to thwart global status of China which is aspiring to become a super power. Eventually, China’s reluctance has brought to fore the double standards of Beijing, which has ruthlessly detained over 1 million Uighurs Muslims citing terror threats while remained stoically unmoved by India’s concerns.

Notwithstanding the roadblocks, Modi government took up the task of blacklisting of Azhar and finally nailed him. Given Pakistan’s history of lack of incentive to restrict the activities of designated terrorists, despite the assets freeze, ban on travel and arms embargo there is no guarantee that Azhar’s terror activities will be curtailed. But unlike in the past, Pakistan’s reputation of patronising terror might come in its way of obtaining IMF bailout package. America which is miffed by Pakistan’s subterfuge may not be keen on let go this opportunity. Besides, Islamabad which is on the brink of financial collapse can’t afford being blacklisted by FATF (Financial Action Task Force) which is going to take a final call in September. Already FATF has expressed its dissatisfaction over Pakistan’s half-hearted measures in curbing terror finances. Any further contravention to UN sanctions, might critically affect its prospects of IMF bailout and scrutiny of FATF. So, the pressure to act is definitely high for Pakistan. By increasing deterrent costs on Pakistan through surgical strikes, restrictions on trade, people to people interaction and international campaigning Modi government has demonstrated its political will to go after Pakistan.

Belittling India’s spectacular diplomatic victory, rumours abound of India working in “subterranean manner” to have the backing of P3. Nothing comes for free and this is true for diplomacy even. Deep strategic cooperation with India can be useful for the US, France and UK in the Indo-Pacific region. UK which is reeling under Brexit is eyeing for greater access to Indian markets access. While France which is keen on strengthening strategic partnership is hoping to intensify defence cooperation and gain from India’s defence acquisitions. The US in return for its formidable support will force India to end its oil imports from Iran. Indeed, overcoming all these hurdles India single-mindedly worked towards blacklisting of Azhar. India always had a poor reputation of being a team player. New Delhi’s attempts to garnering support of P5 to leverage outcomes in its favour is thus a testimony to its increasing global stature.