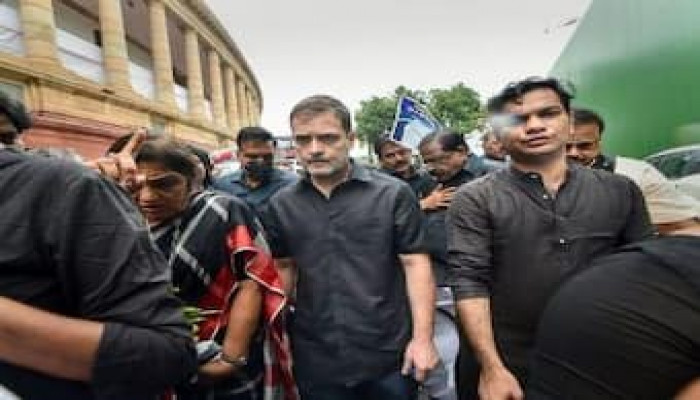 Ahead of the protest organised by Congress workers in Delhi today, Delhi Police has imposed section 144 in Delhi except for the Jantar Mantar area.

Police have also said that strict actions will be taken against those who violate it.

Congress interim president & MP Sonia Gandhi leads protest of party MPs against inflation and unemployment in Parliament. The Congress workers are protesting against unemployment and inflation in the country.

The protest also comes amidst the ongoing investigation by the Enforcement Directorate (ED) into the National Herald case.

The case pertains to the alleged financial irregularities in the Congress-promoted Young Indian Private Limited, which owns the National Herald newspaper.

The Congress is set to hold nationwide protests and will also ‘gherao’ Prime Minister Narendra Modi’s residence against price rise, unemployment and GST hike on some essential items.

Congress leader Rahul Gandhi, who is leading this protest has also been detained for not complying with law and order.

Congress MP Rajeev Shukla says party leaders are trying to march to Rashtrapati Bhavan but Police stopped them. “They say Section 144 CrPC is imposed and they are not allowing us to protest. All MPs will offer themselves for arrest. We are trying to march ahead. We are fighting for the issues of people.”