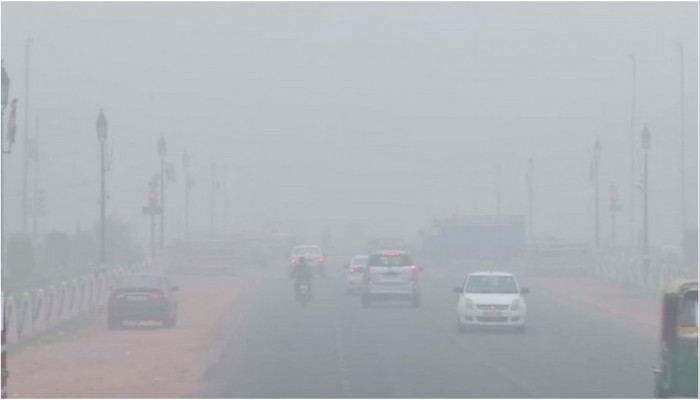 Yesterday, national capital had made it to the global headlines for becoming the Worst Polluted city in the World. The Air Quality Index (AQI) ratings was seven times higher than the second polluted city on the list, Dhaka. A thick blanket of smoke engulfed the capital region on October 29th triggering health crisis.  Right to clean air is must for a healthy living. Unfortunately, the government agencies have collectively failed in providing this basic necessity.

Aside summoning volunteers to report and stop burning of biomass, the State Government rolled out the odd-even vehicle rationing scheme with some riders to curb air pollution. This off-the-cuff, cursory, odd-even policy exempts two-wheelers, vehicles driven by women and physically handicapped, vehicles which run on CNG and carrying school children. Previously Delhi government has been invoking odd-even whenever pollution peaks in the region as a stop gap measure. Delhi government introduced the even-odd on the premise of four wheelers contributed for 10% of air pollution.  Unfortunately, even after two editions of odd-even, the measure is incomplete and ineffective in terms of enforcement as it exempted major chunk of vehicles.

Major cities across the world have sturdy public transportation system discourage private vehicle use. On the contrary, Delhi with a history of high air pollution has highest number of vehicles in India. Successive governments failed to put in place a well-connected safe public quintessential to curb pollution. Taking cognizance of high levels of emissions from the power plants in Delhi, Supreme Court last year ordered the shutdown of Badarpur thermal power station in South Delhi. But the emissions from various SMEs located in the region are a major concern. Studies by IIT-Kanpur showed that road dust accounted for 35% of air pollution in the city. But barely any notable measures have been taken to address it expect for spraying water on foliage during the health emergency in random places.

While the third round of odd-even is being out rolled today with much fanfare, reports from different agencies gave varying accounts of previous editions. Unanimously every report contended that this reduced the congestion on roads and marginally decreased PM 2.5 levels but offered minimal respite. Despite rather unsatisfactory results, state government enthusiastically is lapping up ineffective measures for optics to avoid the rumours of not doing anything.

Emissions from stubble burning, power plants, transport emissions and construction plants cause air pollution. Evidently, a single measure will hardly make any difference and a multi-pronged strategy must be in place to tame pollution. Against this approach, state government imposes ban on construction activities for a week when pollution level shoots up and stops the entry of heavy vehicles into city during the stated period. But this year, the government which is grappling with the roll out of RFID tags managed to get it right just few days back didn’t enforce any such curbs the movement of heavy vehicles and trucks into city around this time. With elections closing in, as a desperate state government indulged in distribution masks to school children to tide growing criticism over its inaction and resorted to blame game. Barring above mentioned ritualistic pollution curbs, state government hasn’t instituted long term policies to curtail pollution.

Stubble burning in the neighbouring states has been one of the major causes for the toxic air engulfing the capital region. The inexpensive crop burning practice has been in vogue for centuries. The task of preventing farmers from stubble burning a collective responsibility of governments of all the states can make huge difference. Reinforcing the need for curbing this practice, Supreme Court imposed ban on crop burning to control air pollution. After state governments of Punjab, Haryana, UP expressed concerns of extra financial burden, Centre offered to provide 50% financial help to individual farmers towards the purchase of machinery that chop residues into smaller pieces and spread on soil or 80% financial assistance to farmers cooperatives or self-help groups for establishing farm machinery banks for hiring of crop residue machinery.

Government approved funds worth Rs 1150 crore for the year of 2018-19. But in absence of strict enforcement and concern from respective state governments, farmers are burning the residues after harvesting. Over 22,000 stubble burning cases are reported so far. Punjab with far more cases of crop cases as against previous year topped the list. With four thousand cases, Haryana witnessed little lower stubble burning cases.

Taming air pollution in landlocked region like Delhi is a humongous task. The hazardous affects of air laden with particulate matter is exacerbated by low wind speeds and poor rainfall in this region. Until unless all the stakeholders take active interest and work together in perfect harmony, air pollution will continue to pose severe health risks to residents.

In this regard government and respective state government must heed attention to the recommendations made by experts like MS Swaminathan. He recommended setting up Rice Bio Parks popular in Vietnam that effectively uses the stubble for making paper, cardboard and animal feed. Aside keeping in check vehicular emissions by promoting electric vehicles, public transport system with last mile connectivity must be put in place. Coal based units must be discouraged and existing units should be shifted to distant places.

Air pollution is taking a toll on health with doctors warning of an impact on the life span. Respiratory disorders and hospitalisation have become more common among children. Residents of Delhi are aggrieved. They feel cheated by the political dispensation which hasn’t offered any respite from this longstanding problem. Indian politicians are known for their penchant to address issues that earn them electoral returns. Middle class is terribly upset. Parties that fail to address public concerns will be shunted out. Back in 2003, Chief Minister Sheila Dikshit won the elections on the agenda of “saaf haava”. Despite initial setbacks and resistance from sectors, she introduced CNG and revamped the public transportation by introducing CNG buses.

Pollution has been a political issue. With elections around the corner, Kejriwal can no longer fool the people with half-hearted cursory measures. People’s anger is palpable. Any political dispensation which seeks to win Delhi assembly elections must come up with workable solutions to provide Delhiites some respite from the pollution else they will risk missing electoral bus and losing people’s confidence. Excuse for inaction is no longer acceptable.