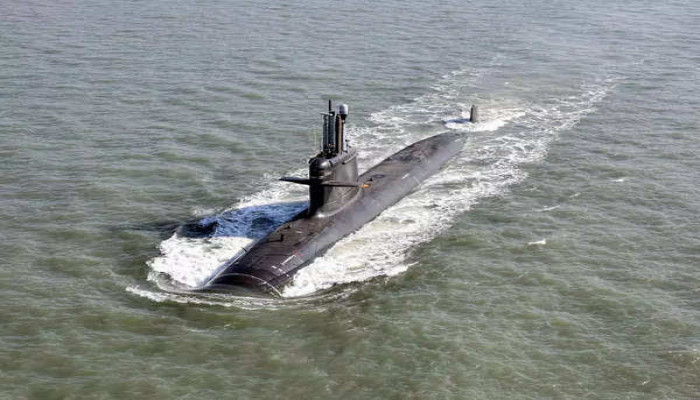 Clearing roadblocks for taking forward the $7 billion deal for building six new submarines for the Indian Navy, the Defence Ministry has given its approval for amendments in the ongoing tender that would allow the project to move forward.

Along with the approvals taken in terms and conditions for the programme, the Indian Navy has given a commitment to the Prime Minister’s Office (PMO) and the National Security Council Secretariat (NSCS) that the next line of submarines would be designed in India and would be cleared for exports too.

“The approvals for amendments to the ongoing tender were given in a high-level defence ministry meeting held recently. These would allow the tender to move forward for indigenous submarine construction,” government sources told ANI.

The qualitative requirements of the programme have not been changed and would continue to remain so in future, the sources clarified.

As per sources, the Defence Ministry had received a proposal for the removal of the clause for “joint and severe liability” from the tender.

As per the defence acquisition procedure in India, for any changes to be made in the ongoing tenders, approval has to be taken from the Defence Ministry only.

According to the proposal considered by the Defence Ministry, the Strategic Partner would be held responsible for its work share whereas earlier this responsibility was also to be taken by the foreign partner.

The foreign partner would now be responsible and liable only for its share of work in the project.

There is also a plan for signing a government-to-government contract with the country of the foreign partner selected as the lowest bidder in the programme, the sources said.

The Navy under Project-75 India had planned to involve vendors from France, Russia, Germany, Spain and South Korea to be involved along with Indian shipyards Larsen and Toubro and government-owned Mazagon Dockyards Limited.

However, the stringent requirements mainly related to the need for having a proven Air Independent Propulsion system which allows the submarines to stay underwater for over two weeks at a stretch resulted in the ouster of three of the foreign vendors.

The vendors had argued that at the time of construction of the boats, they would be able to provide required solutions but the Navy insisted that they want a proven and an ‘in service’ solution and not an under development one, sources said.

The Navy, sources said, has made it clear that it would not approve of any changes in the tender which would compromise its qualitative requirements.

At the moment, the Navy is talking to German and South Korean firms while a Spanish shipyard is also expected shortly to give presentations on its capabilities.

The tender would give a major push to make in India in defence as more than 60 per cent of the worth of the project is going to be invested in the Indian industry only.