Dear New York Times, PM Modi is not the antithesis of Gandhi. He is taking Mahatma Gandhiâs dream forward 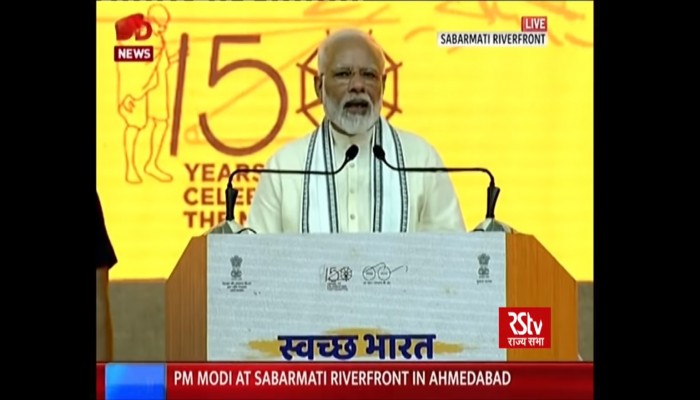 “If there are raids from outside the frontier of Kashmir, the obvious conclusion is that it must be with the connivance of Pakistan. Pakistan can deny it. But the denial does not settle the matter…. At the same time Pakistan is being requested to get out of Kashmir and to arrive at a settlement with India over the question through bilateral negotiations. If no settlement can be reached in this way, then a war is inevitable. It is to avoid the possibility of war that the Union Government has taken the step it did.”

No, the above statement is not issued by India’s Ministry of External affairs or by any party leader of “Modi’s BJP”. This was what Mahatma Gandhi said in Prayer meeting on 4th of January 1948. While Mahatma Gandhi wanted the Kashmir issue to be peacefully resolved, he was unequivocal about India’s right over Kashmir.

Circa 2015, Modi made surprise visit to the then Prime Minister of Pakistan. Why did he do that? It’s a no brainer, he also wanted a peaceful relationship with Pakistan. This gesture however did not pay off due to power dynamics of Pakistan, where the Army calls the shots and Prime Minister’s post is rendered powerless. Modi is also unequivocal about India’s right over Kashmir. Since he is also the Prime Minister, he had to give fitting replies to terrorists for Pathankot and Pulwama, which he did, as any self-respecting nation would.

Abrogation or dilution of article 370 was part of BJP’s Manifesto since its Jana Sangh days. From the time Kashmir was still not regarded as “Muslim” state and there was still sizeable Hindu population in the valley.  Seeing abrogation / dilution of article 370 as anti-Muslim is utter foolishness. It has nothing to do with religion and purely a strategic decision to integrate the rightful territory with rest of India. India’s right over Kashmir was accepted by Mahatma Gandhi and Modi merely helped integrate it with India.

Therefore NYT, Modi is not antithesis of Gandhi as one of your reader thinks and you choose to prominently publish it on his birth anniversary, at least not on the matter of Kashmir. I started with Kashmir because you, NYT, chose to support Pakistani Propaganda in past few weeks.

What about other issues that Mahatma stood for during his lifetime? Gandhi stood against apartheid based on caste and race. He stood for religious harmony. He stood for development of the last person in the food-chain. He stood for cleanliness.

RSS, where Modi cut his teeth, is essentially an organization which promotes harmony across castes. From its initial days to today it has worked tirelessly to bring unity across castes in Hinduism. Modi is no different. His government’s policies like Jan-Dhan, Ujjawala, Mudra, Ayushman Bharat etc. are all aimed at the poor which includes both so-called lower castes and minorities. In fact, his stress on cleanliness through “Swachh Bharat” has positively impacted Dalits the most, some of who were in manual scavenging cleaning the sewages containing human excreta. For someone sitting far away in USA, it is easy to overlook the big difference that Modi’s government has made in the life of poor which Gandhi was so passionate about. This is the reason why Dalit vote to BJP has increased by 10 percentage point in 2019 as compared to 2014. Will you still call Modi an anti-Dalit, NYT?

The biggest accusation labeled on Modi is that he is anti-minority and especially anti-Muslim. Mind you that there has been no major communal violence involving Hindus and Muslims since 2014. The accusations are labeled based on cases of lynching in clashes which involved bovine trade in most cases. Let’s talk about the numbers. The Guardian published an article by Rana Ayyub, where she referred to report by India Spend. The report said, 25 Indians were killed in bovine related incidents between 2010 to 2017. Out of which 84% that is 21 were Muslims. There was another article by Opindia which claimed that only in 2012 and 2013 there had been 22 lynching cases when the Manmohan Singh government was still in power. This is excluding the Muzaffarpur riots in 2013 where 62 people had died. While lynching cases have happened after Modi became PM, but so they did before 2014 as well. Outraging on few macabre criminal cases and painting the entire country as communal based on this is vicious and stinks of ulterior motives. 25 deaths in 7 years in a country as populous as India is a tiny number although these killings are condemnable.

Few facts that people completely ignore when they try to paint Modi Government anti minority are:

Modi himself may not be Mahatma but he has walked the path of Mahatma better than any PM of India which Congress party has given. There have been major riots under the watch of most PMs from Congress. None of them had thought of cleanliness as an important issue and it’s a matter of shame that it took us more than 70 years to declare India free of open defecation. Most of them treated Muslims as vote bank and kept them out of mainstream to suffer in poverty.

Today, India is rising to a new dawn with 1.4 billion people as one voice. This was Mahatma Gandhi’s dream and it took a Modi to bring it into reality. 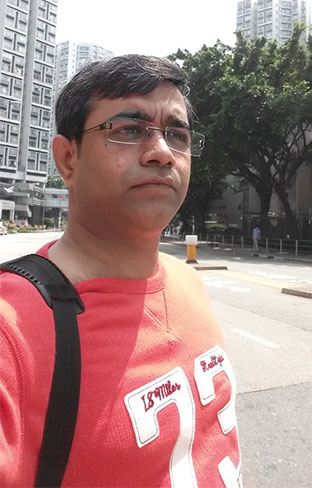