Course Correction by KCR by inducting New ministers in his Cabinet 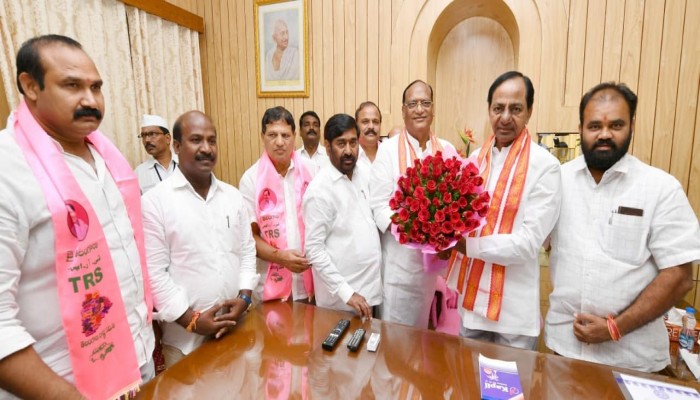 Telangana chief minister finally expanded his cabinet on September 8th, 2019. Till today, the cabinet had 12 ministers. With today’s expansion, the limit of 18 has now been reached.

When KCR took oath as the CM for the second time in December, everyone was surprised that he inducted only one minister in the cabinet along with himself. He did not further expand his cabinet for more than 50 days! That’s right – this was a two-man cabinet for a full 50 days. Two days after the election victory in December 2018, KCR appointed his son KTR as the working President of the TRS party. When he finally expanded his cabinet in February 2019, he left out two of his best-performing ministers from KCR 1.0 – his son KTR and his nephew Harish Rao. All those warriors of "one-man show", "dictatorship", and all those who get a high even when a BJP corporator sneezes - perhaps it is time to take a look at how KCR 2.0 has been functioning.

The TRS party won 88/119 seats in the Assembly elections in December 2019. Yet, within just 3 months, they had further inducted 12 Congress MLAs into the TRS folks. This rendered the Congress party irrelevant in the Assembly. With 100/119 members belonging to TRS, there is now no recognized leader of opposition in the state Assembly. 12/18 Congress MLAs were poached by the TRS within just 2-3 months of winning the elections. If you are living outside of Telangana, there is a very slim chance of you knowing of this unnecessary poaching by the TRS party!

In KCR 1.0, we often saw and heard the ministers speak, work (or not work) and interact. KCR 2.0 removed Harish Rao. Unimaginable for many cadres even till date. This move of his to exclude his nephew, Harish Rao, from the cabinet was widely criticized across the state. People saw this as a ploy by KCR to keep control of the party and the government within just his family.

He kept out key members of KCR 1.0 from the cabinet. He kept a lot of portfolios to himself, including the finance ministry and the irrigation ministry. He presented a vote on account budget citing elections to the Lok Sabha! KCR 2.0 held long meetings with officials all by himself. He called for a two-day assembly session only to pass a new Municipal Act that ends up giving more powers to the Collectors than to the elected representatives.

The Lok Sabha results were a rude awakening to KCR. His daughter lost her Lok Sabha seat. BJP also won the Karimnagar Lok Sabha seat – the home turf of his son KTR! Despite this rude awakening, KCR continued to function with the limited cabinet members only. He went on to inaugurate the most prestigious Kaleshwaram Irrigation project. Meanwhile, the BJP started to gain in strength after the monumental decision by the Modi government on Article 370. This has worried KCR so much that he has been postponing the holding of municipal elections. The Health Minister in KCR’s cabinet, E. Rajendar made some sensational comments on how he is not a gulam to anyone and is the co-owner of the pink flag. This had created some ripples in the party. In addition to this, the state is facing a fever crisis right now. And a man-made Urea distribution problem, for which the CM had to personally step in!

Amidst all this, KCR has finally resorted to course correction today (September 8th, 2019). He has bought back his son and nephew. Not only that, he has made his popular nephew Harish Rao the Finance Minister of the state. His son gets back his old portfolios of Municipal Administration and IT. He has also inducted 2 women cabinet ministers after facing massive criticism that he never had any woman in the Telangana cabinet.

With this, KCR hopes to regain some lost ground with the cadre and the people. With no eligible opposition party in the Assembly, he will still have his way with any law that he wants to. But the difference now is that he will have a full-fledged team to implement all these decisions. Politically it is, of course, too early to comment on electoral prospects, but it is surprising how KCR has been on the backfoot ever since he won a 2/3rd majority in the Assembly elections!