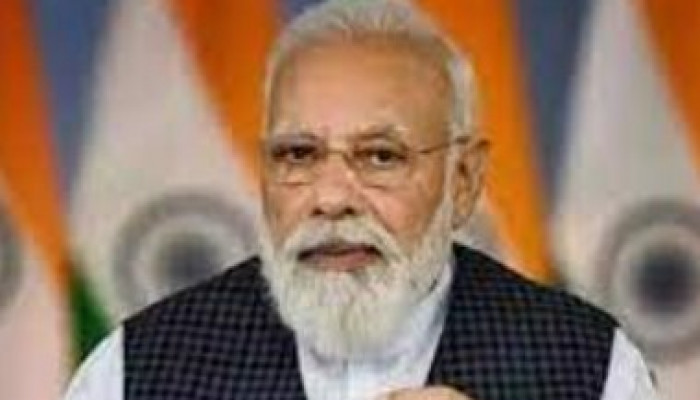 The Prime Minister said on Friday that the Opposition parties boycotting the nation's Constitution Day celebrations can't be expected to defend it, referring to "family-run parties," which have lost their democratic qualities.

As Modi said during the event, he claimed that the country was "not ready" to heed those who expressed doubts about the necessity of honouring Babasaheb Ambedkar's name as part of the day of celebration of the adoption of the Constitution.

“When a political party loses its own democratic character, how can it protect democracy? Today, from Kashmir to Kanyakumari, look at every corner of India, the country is moving towards a crisis that should worry every individual who respects the Constitution and that comes from dynastic parties. Political parties – party for the family, party by the family, and I need not elaborate. This is against the principles of the Constitution, quite opposite to what the Constitution tells us”, The PM said.

Several Opposition parties skipped the event, which was presided over by President Ram Nath Kovind, including the Congress, Trinamool Congress, RJD, DMK, the left parties, and the AAP. OM Birla, the Speaker of the House, and Vice-President Venkaiah Naidu attended the event.

“This event was not that of any government, or of any political party, or of any Prime Minister. The Speaker is the pride of the House. It is a dignified post. It is a matter of Babasaheb Ambedkar’s dignity, the dignity of the Constitution,” Modi said.

According to Modi, he was not against the involvement of more than one member of a family in politics. Furthermore, he called for our awareness of dynastic politics, describing it as one of the "biggest threats" to a healthy democracy.

“On merit and blessings of the people, more than one person from a family can enter politics, this does not make a party dynastic. But a party run by one family, generation after generation, the family controlling every aspect of the party, is the biggest threat to a healthy democracy.”

“Today on Constitution Day, I would like to appeal to every citizen who has trust in the Constitution, that there is a need for awareness in the country. There was an experiment in Japan. It was seen in Japan that a handful of political families are dominating the system. Someone had taken it upon him to prepare the citizens, to bring people from outside the political families into the system. It was a success, it took 30-40 years but had to be done,” the Modi said.