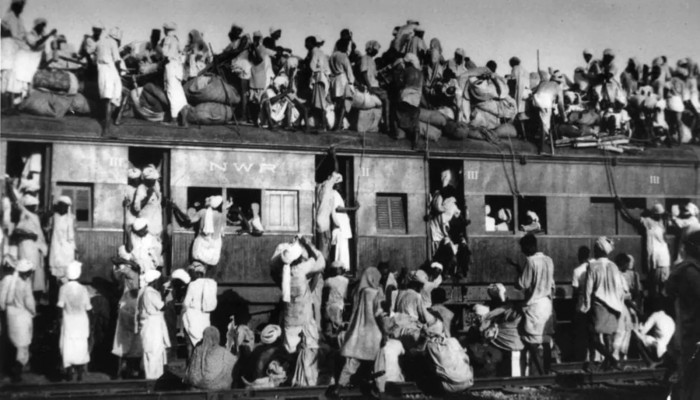 On August 14th, 2022 the Communications in charge of the mighty Congress party, Jairam Ramesh went on a tweet spree. The topic he chose for that was the horrors of partition. However, as is the wont of the Congress party and its members, they chose this issue to yet again criticize the Modi government! Jairam Ramesh starts his thread by telling us that “Lakhs upon lakhs were dislocated and lost their lives. Their sacrifices must not be forgotten or disrespected.”

The first question that came to my mind when I read this tweet was what did the Congress party actually do to ensure “Their sacrifices must not be forgotten”? I know that our history textbooks don’t delve into any meaningful detail on the horrors of partition. I tried searching if the Congress party ever commemorated the event so that the sacrifices are remembered – a total of zero search results came up. I tried searching for articles, by Congress luminaries, that tells us in detail how “lakhs upon lakhs were dislocated and lost their lives”. A total of zero search results came up.

The Congress party and its whole media ecosystem are ever ready to capitalize even on the death of a single person in the country for their benefit, but they never thought it prudent to have voluminous material prepared for “the most traumatic historical events”?

Jairam Ramesh then goes on to emphatically claim that “The truth is Savarkar originated 2 nation theory and Jinnah went on to perfect it”.

You would really expect that Jairam Ramesh will come up with some solid proof of such an emphatic “truth”. He does nothing of that sort. I again searched for literature and material to see if there is any “truth” in this. Shashi Tharoor’s emphatic statement declaring so came up in the search results. A little more digging and the real truth were explained in detail in this fact-finding article here! So, it turns out that Jairam Ramesh was relying on Shashi Tharoor who was relying on a false thesis submitted somewhere in London! Does it really take a genius to understand the role of Mohammed Ali Jinnah in the murderous partition of India?

Jairam Ramesh is not happy with the damage he has done so far. He continues with his chatter.

What exactly is Jairam Ramesh wanting to say here? That he and his party were actually contemplating that the entire Bengal is given away to Pakistan? That we wouldn’t even have had today’s West Bengal in India if it was not for Syama Prasad Mukherjee? If so, isn’t that one of the great things that Syama Prasad Mukherjee has accomplished? Is the Congress party really that sad that West Bengal stayed with India? Am even baffled as to how the media let go of this unbridled blabber by the Communications in charge of the mighty Congress party.

You would now expect that by now Jairam Ramesh found his marbles and will stop. He disappoints you here. He is not finished yet.

He now equates the murderous partition of 1947 to the present-day situation. He emphatically claims that the INC will “uphold the legacy” of those “who were untiring in their efforts to unite the nation”. My mind immediately went back to the first tweet in this thread in which Jairam Ramesh claimed that the “sacrifices must not be forgotten or disrespected”. Just like how the Congress party did nothing to ensure the sacrifices are not forgotten, the Congress party will also make sure that they will do nothing to “uphold the legacy” of those they claim to represent!

It is really a shame that such a murderous event in the history of our country has been relegated to a mere footnote for nearly 70 years after it happened. Contrary to what it claims now, the Congress party put in every effort to make sure that the murderous event remained a footnote. And today when the Prime Minister of India wants the nation to know more about the horror that was unleashed on the country in 1947, the Congress party thinks this amounts to “disrespect”! The only thing disrespectful about this whole episode is the manner in which the Congress has sought to undermine the event and those who actually spearheaded it.