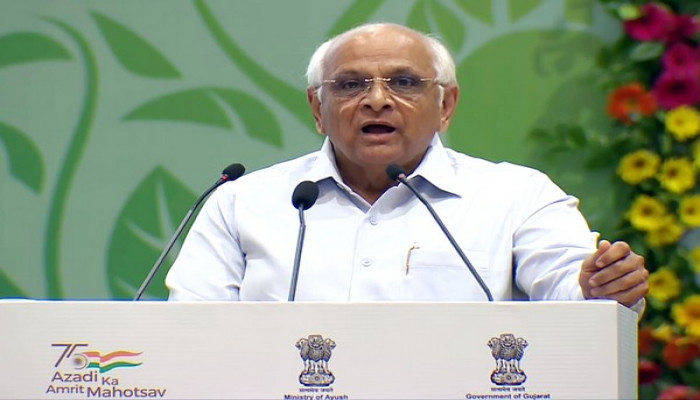 Chief minister Bhupendra Patel announced the ‘Aatmanirbhar Gujarat Scheme for Assistance to Industries' in Gandhinagar on Wednesday with the aim to bolster the manufacturing sector in the state. Patel said Prime Minister Narendra Modi has envisioned an 'Aatmanirbhar Bharat; by 2047, a year when India will celebrate 100 years of Independence.

“Under his leadership, India has risen as the fastest-growing economy on the global map. Given this opportune time, the scheme aims to attract industries and investors and thereby create large-scale employment opportunities,” the chief minister's office (CMO) said in a statement.

"Gujarat is a land of entrepreneurs. The state is India’s manufacturing hub. It is prepared to lead India in fulfilling the Prime Minister’s call of Aatmanirbhar Bharat,” Patel said.

The CM added that the scheme will be instrumental in providing special assistance needed by industries to enable them to become part of the global supply chains. The scheme will go on to encourage industries to transition towards green manufacturing practices and adopt decarbonization initiatives to remain globally competitive and also align with the “Panchamrut” principles laid down by the PM at COP 26 summit, he said.

Patel said the "Aatmanirbhar Gujarat Schemes for incentives to industries" shall go on to encourage budding entrepreneurs to fulfil their entrepreneurial ambitions not only by de-risking their investments by way of increased incentives, but also, encouraging youth to innovate and become job creators, thereby creating large-scale quality job opportunities. The employment-linked incentives to MSMEs, large and mega enterprises shall also facilitate the formalisation of the industrial workforce of Gujarat. It will also create enhanced opportunities for the development of new manufacturing sectors and their ancillary ecosystem in Gujarat that shall set global examples in manufacturing, he added.

On this occasion, minister of state for industries Jagdish Vishwakarma said, "33 lakh MSMEs of Gujarat have been key contributors to Gujarat's inclusive growth and generation of sustainable employment opportunities, particularly in semi-urban and rural India. Further, the state has established itself as a leader in various key sectors of the economy and has become the preferred choice of investments for investors."

Under The Aatmanirbhar Gujarat Schemes for Assistance to Industries, incentives for MSMEs include capital subsidies of up to â¹35 lakh for small businesses and net SGST refund to MSMEs up to 75 percent of fixed capital investment over 10 years.

He said, "While MSMEs are crucial for the development of a resilient industrial ecosystem, it is also important to encourage large-scale investments across sectors. Such investments have had a multiplier effect on the state and national economy as well as employment generation. These large-scale investments have also created substantial opportunities for MSMEs in the state for providing forward and backward linkages. With this objective, the Government of Gujarat has also launched the "Aatmanirbhar Gujarat Scheme for assistance to Large Industries".