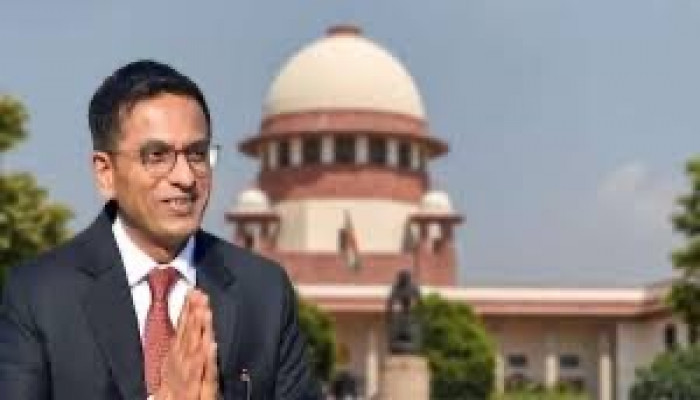 As soon as the Bench assembled for the day, the CJI told the lawyers the apex court will operationalize the part of the electronic-Supreme Court Reports (e-SCR) project for making available verdicts in some scheduled languages free of cost from Thursday.

"We have the e-SCR (PROJECT), which now has nearly 34,000 judgments and an elastic search facility. We also now have 1,091 judgments in regional languages which will be launched tomorrow on the Republic Day," the CJI said. "We have 21 in Oriya, 14 in Marathi, four in Assamese... 17 in Kannada... 29 in Malayalam, three in Nepali, four in Punjabi, 52 already in Tamil, 28 in Telugu, and three in Urdu," he said.

The CJI said the apex court was on "a mission" to provide its judgements in all scheduled languages. There are 22 languages in the Eighth Schedule of the Constitution including Assamese, Bengali, Gujarati, Hindi, Kannada, Kashmiri, Konkani, Malayalam, Manipuri, Marathi, Nepali, Oriya, Punjabi, Sanskrit, Sindhi, Tamil, Telugu, Urdu, Bodo, Santhali, Maithili and Dogri.

The verdicts, as part of the e-SCR project, are available on the apex court website, its mobile app and on the judgment portal of the National Judicial Data Grid (NJDG). On January 2, the top court announced the launch of the electronic Supreme Court Reports (e-SCR) project to provide free access to about 34,000 judgements to lawyers, law students and the common public.

"This is a free service available for lawyers across the country. Young juniors do not have to pay. There is an elastic search facility. We are improving upon the search engine by incorporating the following, distinguished and incorporated judgements in a few weeks..," the CJI had said. He had said as of now, the judgements, delivered till January 1, 2023, will be made available.

The Supreme Court has developed a search engine with the help of the National Informatics Centre comprising elastic search technique in the database of e-SCR and the search facility in e-SCR provides for free text search, search within search, case type and case year search, judge search, year and volume search and bench strength search options, it said.