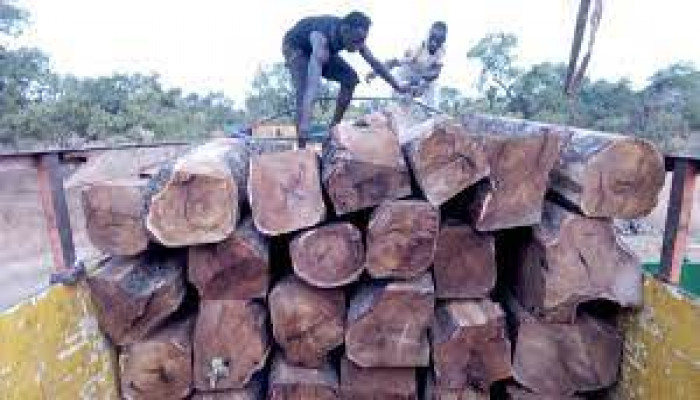 China’s illegal and unsustainable trade in rosewood from Mali has fueled corruption and has been used as a conduit for ivory trafficking in West Africa, a new investigation has shown.

Between May 2020 and March 2022, China imported from Mali 220,000 trees' worth —148,000 tons — of a type of rosewood known as kosso despite a ban on its harvest and trade in the troubled West Africa nation, a report released Wednesday by the Environmental Investigation Agency (EIA) found.

The dark wood is used to make expensive antique-style furniture. It is so popular in China, where it is known as "hongmu," or "red wood," that some 90% of the world's exports end up there, according to Haibing Ma, EIA's Asia policy specialist. Vietnam is also a key buyer of the wood.

From 2017-22, China imported half a million kosso trees, worth about $220 million, from Mali, the agency found, with Ma noting that the trade "has already caused tremendous negative ecological, economic and social impacts in the sourcing countries."

Rosewood used to be sourced mainly from Southeast Asia, but with those forests now over-logged, Chinese traders have turned to West Africa, notably Mali, a chronically unstable nation that has suffered two coups since 2020 and is battling a jihadi insurgency.

Mali had declared a rosewood harvesting ban in 2020, but that was lifted the next year. Since then, a "log export ban" has been in effect, but exports to China have continued, EIA investigators found, estimating that more than 5,500 shipping containers of kosso were exported to China from May 2020 to March 2022.

EIA’s reports on Nigeria, Ghana, Guinea-Bissau, and The Gambia have shown how illegal and unsustainable trade in Pterocarpus erinaceus has persisted despite its listing on Convention on International Trade in Endangered Species of Wild Fauna and Flora (CITES).

Thorough research indicates that most, if not all, of the trade in Pterocarpus erinaceus from West Africa to Asia has taken place in violation of the Convention. According to EIA’s analysis, as of April 2022, this represents a total of over 3 million tons and more than 2 billion dollars of illegally traded rosewood between West Africa and China.

EIA’s new findings, presented in the Poached Timber report, highlight the importance and urgency of a regional solution to the rosewood crisis.

“EIA’s findings also indicate that invalid CITES export permits (with some critical information missing) have been commonly used to export rosewood from Mali to China. Illegal rosewood trade has also been a conduit for ivory trafficking, in particular facilitating the smuggling of Gourma elephant (Loxodonta africana) tusks to China,” the report said.