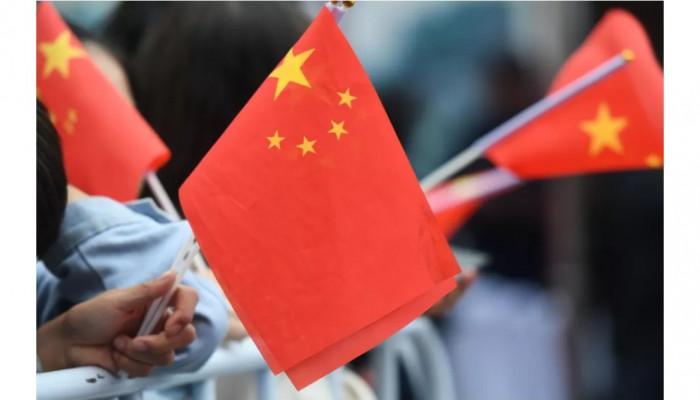 China fired a fresh regulatory shot at its tech giants on Monday, telling them to end a long-standing practice of blocking each other's links on their sites or face consequences.

The comments, made by the Ministry of Industry and Information Technology (MIIT) at a news briefing, mark the latest step in Beijing's broad regulatory crackdown that has ensnared sectors from technology to education and property and wiped billions of dollars off the market value of some of the country's largest companies.

China's internet is dominated by a handful of technology giants which have historically blocked links and services by rivals on their platforms.

Restricting normal access to internet links without proper reason "affects the user experience, damages the rights of users and disrupts market order," said MIIT spokesperson Zhao Zhiguo, adding that the ministry had received reports and complaints from users since it launched a review of industry practices in July.

"At present we are guiding relevant companies to carry out self-examination and rectification," he said, citing instant messaging platforms as one of the first areas they were targeting.

He did not specify what the consequences would be for companies that failed to abide by the new guidelines.

Authorities have made the move against blocking external links a key focus of a campaign that started in July, after receiving multiple complaints from users, an official with the Ministry of Industry and Information Technology said Monday.

Companies such as Tencent Holdings Ltd., Alibaba Group Holding Ltd., ByteDance Ltd. and Baidu Inc. were among those called to a meeting last Thursday with Chinese officials to discuss the issue, people familiar with the matter said. The ministry’s order came after The Wall Street Journal reported in July that Tencent and Alibaba were considering opening up their services to each other amid regulatory pressure.

Moves blocking app users from accessing rivals’ services from within those apps have become common practice among large technology companies in China.

Internet titans such as Alibaba and Tencent have been hit by large fines for infractions, including forcing merchants into exclusive sales arrangements and improperly reporting mergers and acquisitions.

In 2018, when ByteDance’s short-video platform Douyin started growing in popularity, many users realized they couldn’t directly click through to Douyin links that were shared on Tencent’s ubiquitous WeChat messaging platform. Consumers also can’t smoothly open links from Alibaba’s e-commerce platforms, such as Taobao and Tmall, from within WeChat.

Tencent said it supports the government’s guidance and will make necessary changes in phases. An Alibaba spokeswoman said it will fully comply with regulatory requirements, echoing a statement made by Chief Executive Daniel Zhang in an August earnings call.

People familiar with the matter told the Journal in July that Alibaba could introduce Tencent’s WeChat Pay to Taobao and Tmall. Tencent could also make it easier to share Alibaba e-commerce listings on its WeChat messaging app, some of the people said.

“It’s one more sign to these companies that they have to get in line and they have to open up to competition,” said Ben Cavender, managing director of industry researcher China Market Research Group.

The rules will be phased in, a ministry spokesman said in remarks posted on the ministry’s website on Monday, without giving a clear timeline. Blocking links hurts consumers’ rights and disrupts market order, and companies that don’t abide by the rules will be punished, he said.

In an online commentary published Saturday, the Communist Party’s top discipline watchdog, the Central Commission for Discipline Inspection, said Beijing’s antitrust campaign may have a negative impact on the country’s tech giants in the short term, but “will be the best choice in the long term.”

Tencent’s Hong Kong-listed shares are down 15% this year, while Alibaba’s Hong Kong shares have fallen 31%.