China is the largest security anxiety for Australia and India: Deputy Aus PM 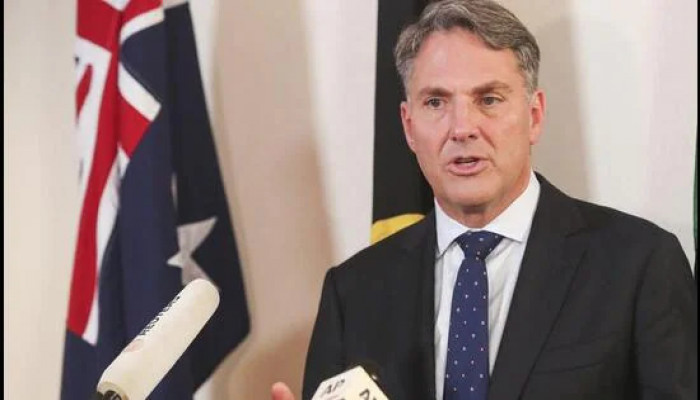 Marles, the first senior leader to visit India after Prime Minister Anthony Albanese's centre-left Labor Party came to power last month, also said China has been attempting to “shape the world in a way that was not seen before”.

Australia and India also have a key role to play in protecting the global rules-based order, especially in the wake of the war in Ukraine, Marles told a small group of journalists following his meetings with the Indian leadership.

His visit, just a month after the election, reflects the importance the new administration places on the relationship with India, Marles said. “We see India as completely central to Australia’s world view,” he said.

He further added, “our anxiety is that when you look at the Chinese behaviour, be it in the Line of Actual Control (LAC), be it in the South China Sea — what you are seeing is an assertive behaviour which seeks to challenge the established rules-based order which has been so important to the prosperity of the region”.

“We have seen it in respect of the Line of Actual Control (LAC). The incident that occurred a couple of years ago, where there was appalling behaviour towards Indian soldiers, and we stand in solidarity with India in respect of that incident,” he said, referring to the Galwan Valley clashes in 2020.

China’s growing assertiveness in the South China Sea is aimed at deterring Australia’s activities to protect the rules-based order in that region, including the freedom of navigation and overflight, he added.

Greater cooperation between Australia and India in the face of such Chinese assertiveness is “absolutely imperative”, said Marles, who held talks with Union defence minister Rajnath Singh and external affairs minister S Jaishankar over the past two days.

The two countries have a shared objective of establishing a global rules-based order, where disputes between nations are peacefully resolved against a set of rules, and not “determined by force”, he said.

Australia is also “anxious about the growing relationship between China and Russia”, including the joint military exercises done by these two countries in the Pacific, Marles said. In this context, it is important for democracies to protect the rules-based order that has ensured stability and prosperity since World War 2, he added.

Referring to “great strategic competition to influence the Pacific islands, he welcomed comments made by China and Solomon islands that there is no intention to establish a Chinese base in the Solomon island.

On AUKUS (Australia, the UK and the US), he said it is not a security alliance as technology sharing was its main objective.

In June 2020, India and Australia elevated their ties to a comprehensive strategic partnership and signed a landmark deal for reciprocal access to military bases for logistics support.