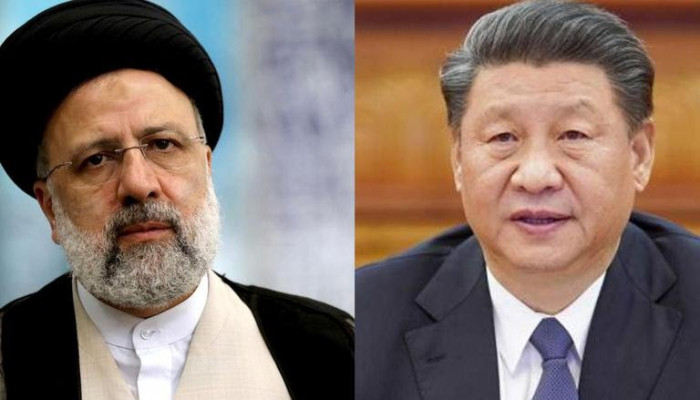 China is going to work with Iran to push back at the policy of unilateral actions and also to underscore the principle of non-interference in internal affairs of sovereign nations.

According to Sputnik, during the meeting Chinese Foreign Minister Wang Yi said that Beijing is “ready to cooperate” with Tehran to resist the policies of unilateral sanction and “harassment” in a bid to defend international justice and impartiality.

Wang as quoted by news agency said, “China is ready to cooperate with Iran to resist any policy of unilateral action and harassment, uphold the principle of non-interference in internal affairs and defend international justice and impartiality.”

Chinese Foreign Minister also said that Beijing had no intention to impose its own development model. However, Wang added that the country hopes to set an example for Iran to ramp up the country's development while maintaining its independence.

During the same meeting, the Chinese and Iranian ministers exchanged views on the 2015 Iran nuclear deal along with the negotiations around the removal of US sanctions on Tehran.

Wang said, “China understands the reasonable demands of Iran and supports Tehran in protecting its legitimate rights and interests. In the current situation, all parties should make joint efforts to maintain the tendency to resume negotiations and promote consensus at the Vienna talks.”

In response, the Iranian Foreign Minister hailed China for the latter's constructive role in the resumption of nuclear deal negotiations in Vienna.

Furthermore, Wang and Abdollahian agreed to cooperate in dealing with the COVID-19 pandemic while overcoming its impacts. Chinese Foreign Minister said that the authorities in the country will transfer a batch of Coronavirus vaccines to Tehran, as a gesture of friendship with Iranian nations.

According to Chinese state media, Global Times, Wang denounced the “so-called summit for democracy” proposed by the United States and said that it is organised to “instigate division under the banner of democracy, which goes against the trend of the times and is doomed to fail.”

The Iranian side condemns the politicization of sports events and believes that the Beijing Winter Olympics will be a complete success, he said.

The two sides also exchanged views on the situation in Afghanistan.