China halts climate and military dialogue with the U.S. over Pelosi's Taiwan visit 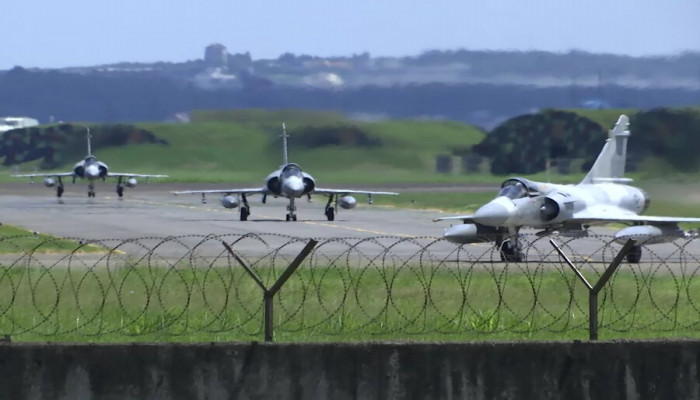 China declared Friday it was stopping all dialogue with the United States on major issues, from climate change to military relations, in a day of rapidly escalating tensions over House Speaker Nancy Pelosi's visit to Taiwan. The White House summoned China's ambassador to protest what it called China's "irresponsible" actions since the visit.

China's military exercises off Taiwan in reaction to Pelosi's visit earlier this week were of "concern to Taiwan, to us, and to our partners around the world," spokesman John Kirby said in a statement after Thursday's formal diplomatic rebuke to Ambassador Qin Gang at the White House.

China's measures, which come amid cratering relations between Beijing and Washington, are the latest in a promised series of steps intended to punish the U.S. for allowing the visit to the island it claims as its own territory, to be annexed by force if necessary. China on Thursday launched threatening military exercises in six zones just off Taiwan's coasts, and they will run through Sunday, The Associated Press reported.

Missiles have also been fired over Taiwan Chinese officials told state media. China routinely opposes the self-governing island having its own contacts with foreign governments, but its response to the Pelosi visit has been unusually strong.

China's Foreign Ministry said dialogue between the U.S. and Chinese regional commanders and defense department heads would be canceled, along with talks on military maritime safety.

The actions were taken because Pelosi visited Taiwan "in disregard of China's strong opposition and serious representations," the ministry said in a statement.

China has accused the Biden administration of an attack on Chinese sovereignty, although Pelosi is head of the legislative branch of government and Biden had no authority to prevent her visit.

Kirby said that senior U.S. officials have been meeting regularly with their Chinese counterparts over the dispute. Calling China's actions "provocative," Kirby said the Biden administration condemned China's military maneuvers as irresponsible and "at odds with our long-standing goal of maintaining peace and stability and across the Taiwan Strait."

"Finally, we made clear once again as we have done privately at the highest levels and publicly: Nothing has changed about our one-China policy. We also made clear that the United States is prepared for what Beijing chooses to do."